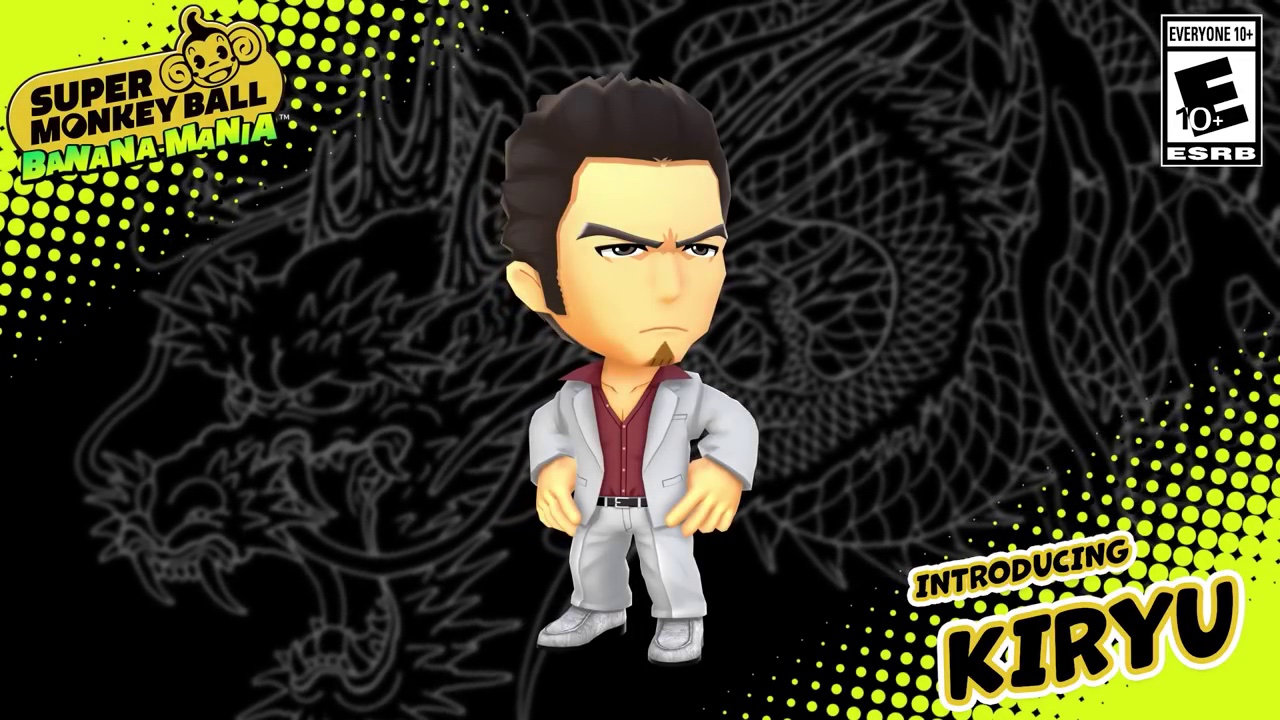 Well, we’ve seen some ‘interesting’ characters choices recently haven’t we? Whether it’s Chargin’ Chuck in Mario Golf: Super Rush, the later DLC characters in Super Smash Bros Ultimate or the weird stack of 3 Goombas in a trenchcoat in Dr Mario World, it’s clear that the gaming world has gone crazy with wacky choices and unexpected crossovers.

But now Sega may have gone even further with Super Monkey Ball: Banana Mania. Why? Because out of the blue, they announced that one of the main characters of the Yakuza series (Kazuma Kiryu) would be coming to the game as a playable character.

Yep, you heard that right. A semi realistic gangster has now been chibified, placed within a ball and made playable in the new Monkey Ball game! It’s pretty crazy to say the least!

So check it out via the trailer below:

Then tell us what you think of this ‘creative’ character choice in the comments below, or on our Discord server today!