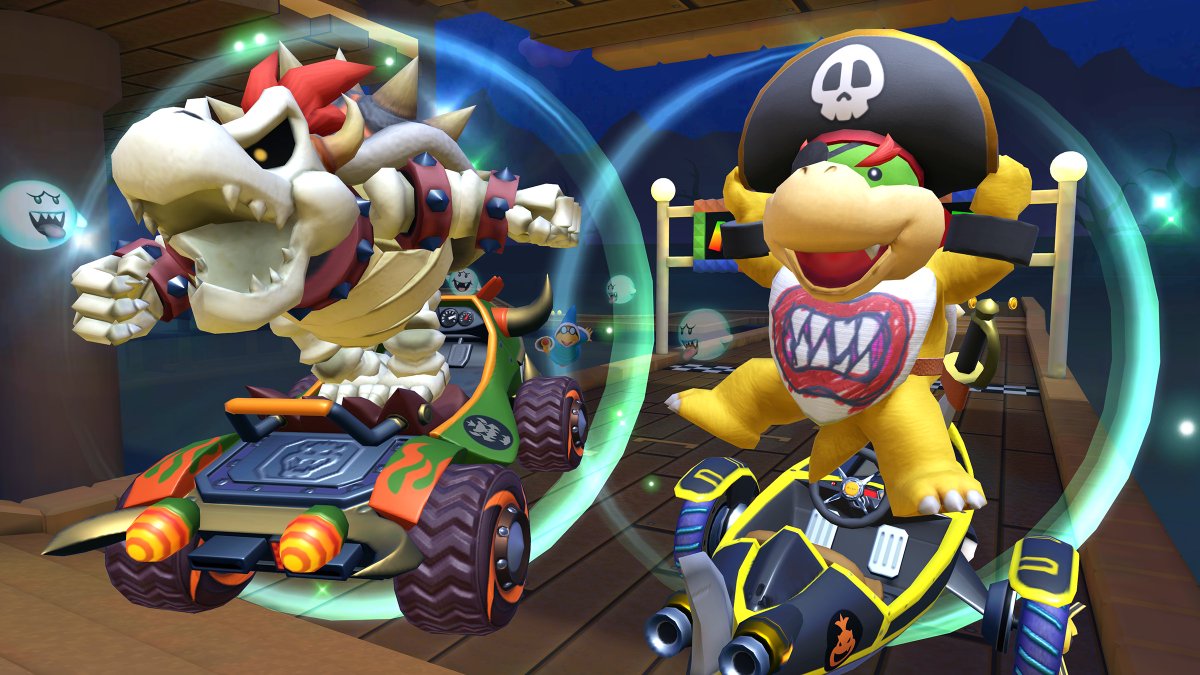 Well, it’s new character time again in Mario Kart Tour! Yep, after many months of no new ‘real’ playable characters, one has finally been announced for the game. That being Kamek, who’ll make his debut in the Kamek Tour starting on August 25th 2021! Here’s the post about it by Nintendo on Twitter:

The Frost Tour is wrapping up in #MarioKartTour. Next up is the Kamek Tour, featuring RMX Ghost Valley 1!

In case the tour's name isn't a big enough hint, the new driver is hidden somewhere in this image… pic.twitter.com/PeC1gHT5ze

But there’s something more interesting here compared to some of the other newcomers in Mario Kart Tour. Something about Kamek’s appearance that longtime fans will be very happy about…

That being, he’s been considered for numerous Mario Kart games before this one! Yep, in both Mario Kart 64 and Mario Kart 8, Kamek was planned as a playable character. He never made the cut, but he was planned, and evidence can be found through trailers and datamines.

Hence Kamek’s playable appearance here is the culmination of years of requests. Years of waiting for our favourite Magikoopa to make the cut in the spinoffs.

So thank you for Nintendo. Thank you for finally putting Kamek as a playable character in a new Mario Kart game. It’s only a mobile one sure, but it’s nice to see nonetheless.

The Kamek Tour Has Been Announced (Mario Kart Tour on Twitter)