Is There More to the BoTW Mod Takedowns Than Meets the Eye?

Is There More to the BoTW Mod Takedowns Than Meets the Eye?

A few days ago, we covered how Nintendo had taken down certain Breath of the Wild mod videos on Waikuteru’s channel, as well as the Nintendo Mod Policy Change Team campaign that started as a result.

It was a pretty interesting story, as well as one which quite a few news sites jumped on a result, bringing all kinds of attention to both the takedowns and campaign in the process.

Since then however, there has actually been a bit of a divide in opinion on the takedowns, why exactly they happened, and whether Waikuteru’s campaign is going to be a good or bad thing.

With the main point being that Waikuteru was monetising his mods. As a result of this, a lot of people (including members of the Newer Super Mario Bros development team) consider the takedowns to be somewhat justified, and see them as Nintendo cracking down on paid mods of games rather than mods in general. 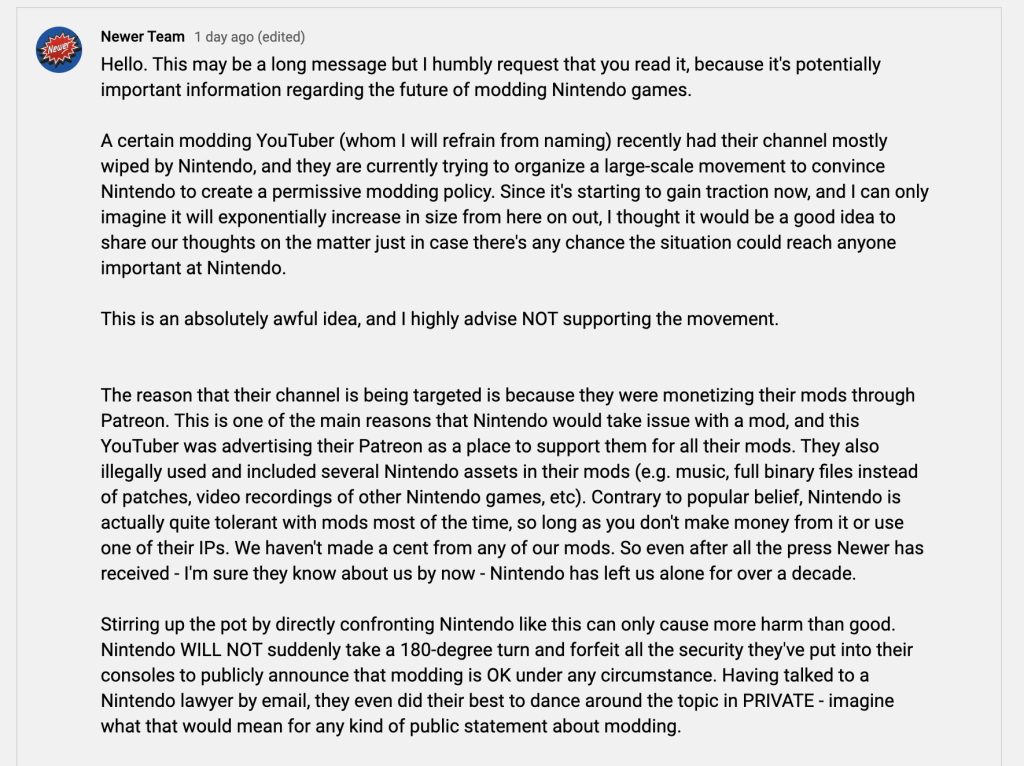 As you can see, in addition to their objection to Waikuteru making money from their work, they also worry their campaign will have the opposite effect to intended, and will encourage Nintendo to crack down on mods more rather than less.

It’s an interesting thought, and one which does make us worry about the future of the scene.

However, we do have to bring up a few reservations with their critique too.

Firstly, asking for money for fan projects is not actually a new thing, and is something that’s been the case for quite a few decades now. It used to be rare for game mods and fan games pre Patreon sure, but for fan fiction, art and film?

It’s actually been a thing for donkey’s years. In fact, quite a few fanzines were profitable before the internet even became a thing, and the debate about whether making money from fanworks has been okay has actually been going for twice as long. You can see more about that in this Fanlore wiki article:

Additionally, it’s also sometimes seen as the norm in certain Nintendo fan communities too. Okay, the Breath of the Wild scene may not generally involve Patreon pages and donations, but the Super Mario 64 one certainly does, with folks like Kaze Emanuar basically having made ROM hacking into their pseudo day job. Same with Ocarina of Time mods, with certain projects (like Link’s Awakening 64) being Patreon funded, and some Super Mario World hacks (with a couple of folks selling custom resources for the game behind a Patreon paywall). 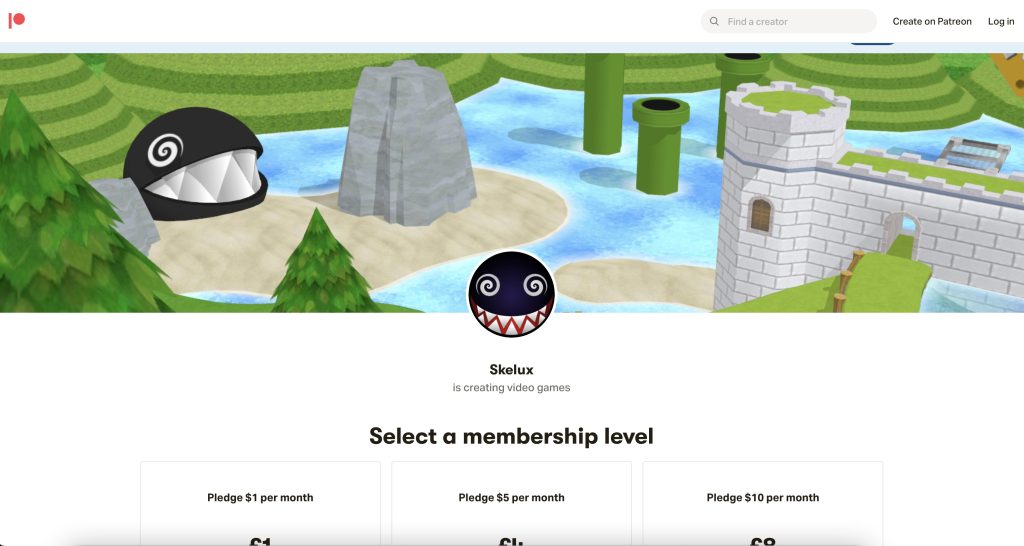 So while we’re not fans of such work being funded on these platforms, we can’t exactly say it’s a rare thing for the community, nor something that doesn’t have a long and potentially justifiable precedent. Plus, most of the time it’s supporting the creator, not the work specifically.

There’s also the inconsistency in Nintendo takedowns which doesn’t necessarily correlate to whether a project has gotten donations or not. Yes, this particular project made some money off their work.

But quite a few others that got takedowns (like many of those on this list) didn’t. Some were removed for being remakes, some just got a lot of press and others… well others just got taken down for no real reason whatsoever. Hence while charging for your work or taking donations may make it more likely that Nintendo will crack down on it, it’s entirely possible it could happen in any case for no apparent reason too. Like with say, Pokemon Uranium.

And that brings us to the point about whether increased attention will make Nintendo crack down on these things more.

On the one hand, what the Newer Team say here makes sense. If Nintendo is asked to make a statement on modding, then it’s entirely possible they might try and shut it down outright. That is indeed a risk here, especially if the campaign’s strategy is just to flood Nintendo with messages about the situation.

Yet at the same time… it’s also possible more attention from the media, public, etc might persuade the company otherwise too. It’s like anything in life really. More public attention/press can make people change their mind, or it might make them double down on their existing views.

We can’t really know here, and we’re hesitant to say one way or the other.

Regardless, that’s what the folks on Newer Team are saying about the situation, why it’s become a bit of a controversy in the modding community, and some of our thoughts on the matter.

But what do you think? Is the Nintendo Mod Policy Change Team campaign a good idea or a bad one? What do you think about mod creators with Patreon accounts or other ways of making money in general?