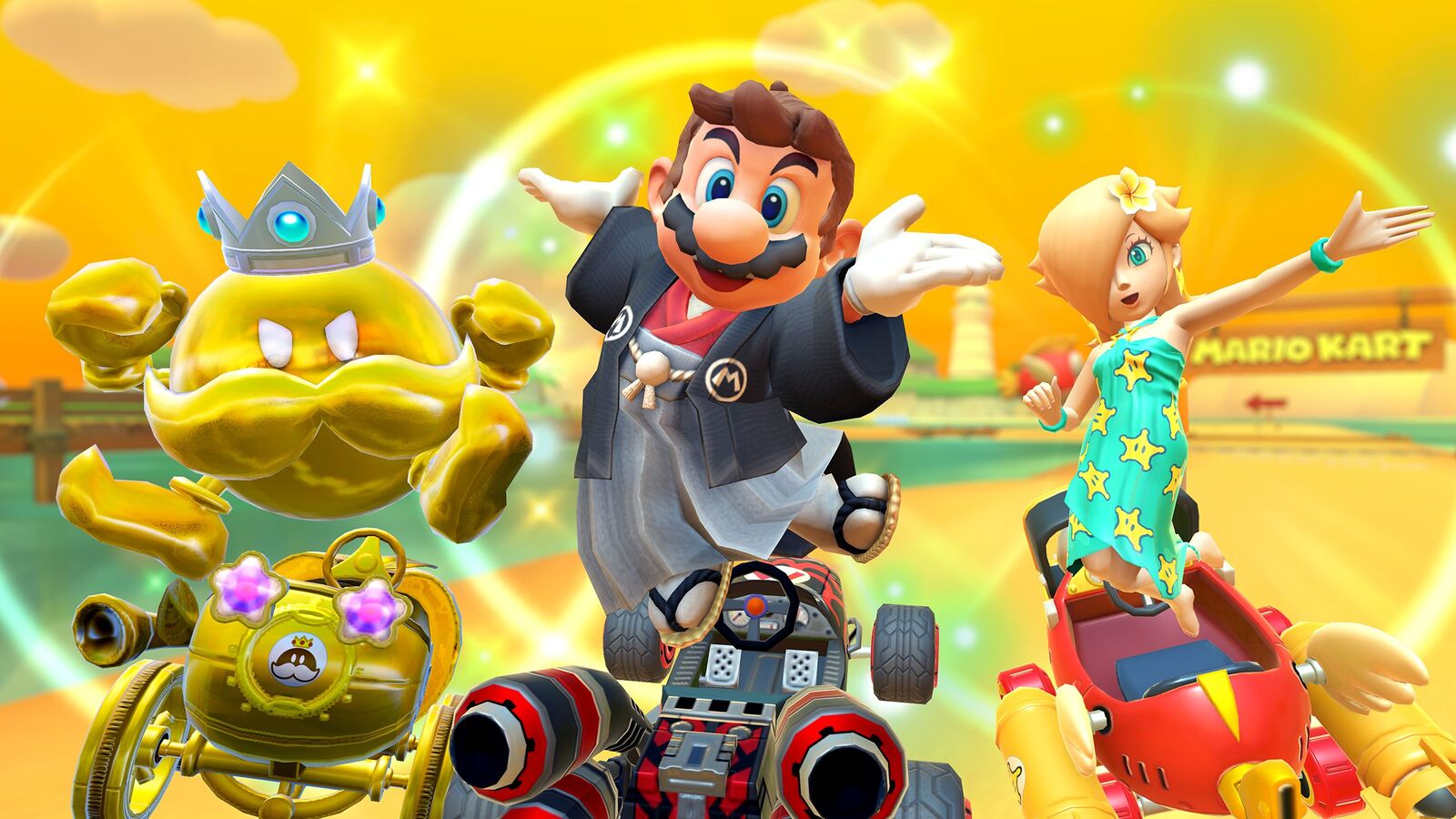 When it comes to Mario Kart Tour, one of the most interesting aspects of the game is seeing what new tracks and characters every tour brings to the table. After all, it’s a once a month type deal, and one which has led to all kinds of amazing additions, ranging from characters like Pauline and King Bob-omb to tracks like Ninja Hideaway and Merry Mountain.

But now it seems like a few of the future tracks may have been accidentally leaked in advance! Why? Because as Harm and Hydra of the Mario Kart Tour Discord server have found out, various unused objects from previous tracks have been found in the source code of the game, and potentially reveal tracks not included in the existing game!

Plus a list of all the models mentioned, as well as the tracks they’re (most likely) from:

It’s an interesting selection to say the least. And why some of these are obvious given the Mario Kart 8 Deluxe DLC (Coconut Mall returns there, so it’s almost certainly gonna appear in Tour too), others are a bit more interesting.

Like say, Yoshi Desert and Dry Dry Ruins. We didn’t even expect one desert track in the foreseeable future, let alone two from two very different eras of the series. But no, Nintendo likes deserts apparently, and this track/model list just proves it.

They also seem to like city tracks too. Indeed, if this list of objects is correct (and many of these are also coming to 8 Deluxe at some point), it seems like both games will have an absolute metric ton of city tracks and tracks with vehicles. Toad’s Turnpike, Shroom Ridge, Moonview Highway, Mushroom Bridge/City, the various city tracks from Tour…

So we seem to be getting a lot of desert and city tracks in this title.

Yet the most interesting ones aren’t the normal themed ones, or the ones we know about.

They’re the ones we haven’t any idea about here.

Like whatever Bowser’s Castle track is being added soon. Based on the file name it’s one of the later ones in the game. Probably either 3 or 4.

Or more interestingly, the new track. Based on the fact its objects seem to be tents this won’t be a city track, and will probably involve some sort of theme unknown to a Mario Kart game.

So what will it be? Will it be a campsite, perhaps like the one in Origami King? Could it be a jungle or forest like area, or perhaps an expedition to a remote mountain range?

Or will it be a real world inspired track based on a particular non city location we haven’t even considered?

The possibilities are endless here, and if Ninja Hideaway and Merry Mountain are taken as good examples, probably insane. Those are some of the best new tracks in Tour, and it’s probable this could be too.

But yeah, those are some of the models found in the latest version o Mario Kart Tour, and the tracks they appear to indicate will appear in the game at a later date. They’re an interesting selection of courses, and ones that would be very interesting to see in the Mario Kart 8 Deluxe Course Booster Pack too.

Still, what do you think? Are you excited for these tracks? Do you think these models indicate the tracks we’ll see in future Mario Kart Tour updates?