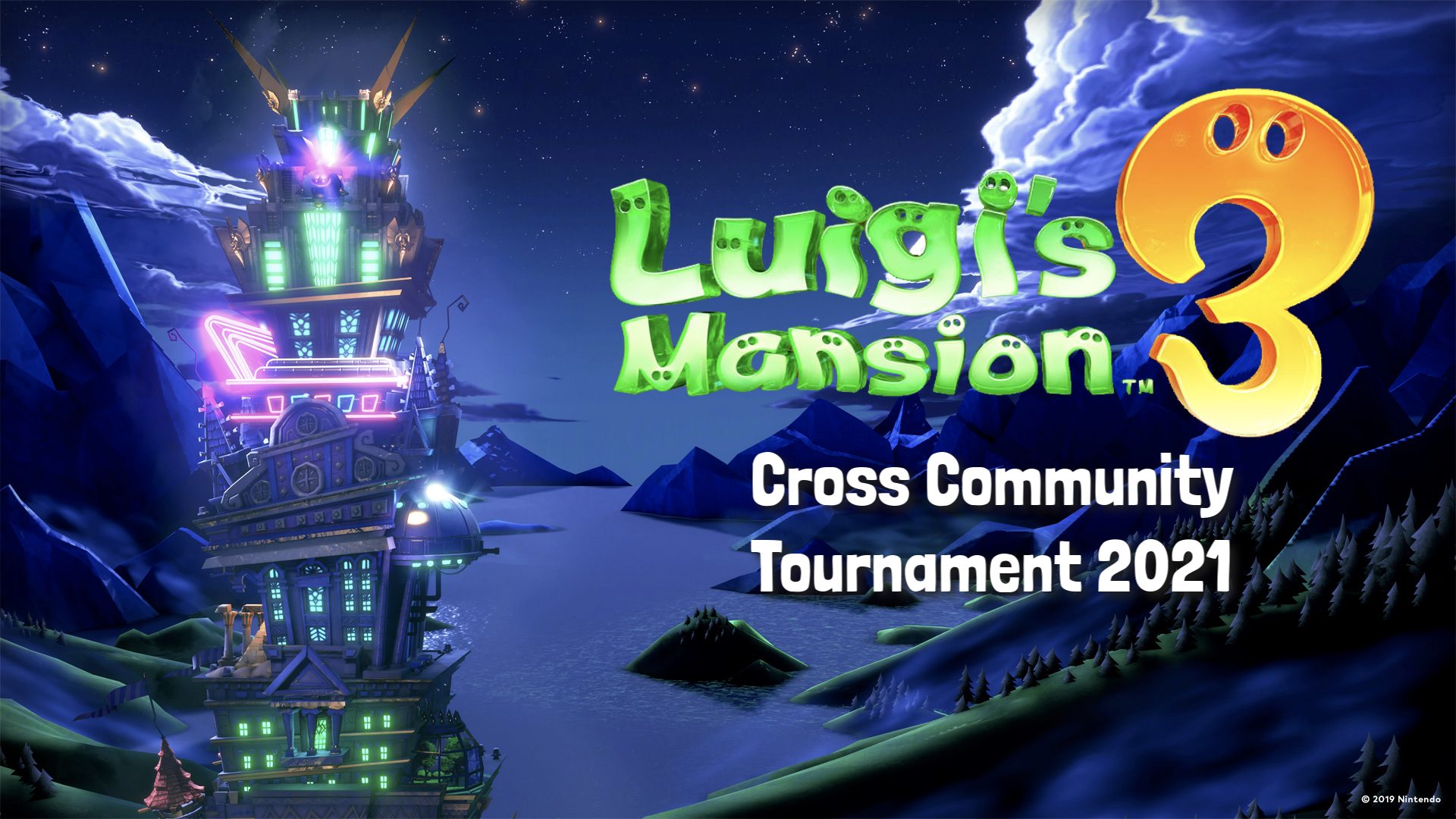 Well guys, it’s nearly here! In just over 2 weeks, Halloween will be upon us once again, with trick and treating, parties and Luigi’s Mansion 3 being back on the agenda once more.

And to celebrate the season, we’ve decided to hold another tournament for the latter! It’ll be a ScareScraper tournament with a $150 prize, and it’ll take place on October 31st at 8pm GMT. As per usual, the team who finishes the fastest will win, and each member will receive an equal share of the prize money.

Here’s a summary of the rules for the tournament in question:

As well as a link to the entry form:

Plus a quick list of all the communities participating in it:

Note that this list might change in future, depending on which of our associated communities decide to take part this time around.

So strap on your Poltergust 5000, get your Strobulb and Darklight ready, then get ready to conquer the ScareScraper once and for all! It’s gonna be great!

How do I enter?

Fill out the relevant form above, and then become a member of at least one participating community.

Yes, because it’s a community event. A way to see which community’s members are the Mario Kart 8 Deluxe/Luigi’s Mansion 3 champs!

Are there any restrictions once I’ve joined?

How can I talk about the event?

Join the Gaming Reinvented community, and join the voice chat we’ve set up for the tournament. There will be both a shoutbox for text messages, and a voice chat channel for well, spoken messages.

Of course. Just note that in a competition, some floor themes might be quicker to clear than others…

What if someone quits in Luigi’s Mansion 3?

Then their team continues without them, and they can rejoin on a later floor as needed.

How about if the whole team gets disconnected?

The team has to restart the tournament, or quit. Note that the time taken for a tournament entry does not reset when the run restarts, so this is likely going to sink their chances of victory.

And if they lose?

Then they can either try again, or give up.

Are there any rules against cheating?

Sure, though only the usage of external tools and mods counts as cheating, and only if those have a direct effect on the gameplay (aka they don’t just change textures/models/palettes).

Either way, anyone who breaks this rule is disqualified, along with their team.

Absolutely. Anyone can record or livestream the tournament

How do we verify ScareScraper runs?

Sadly, there’s not much we can do to verify them here. Ideally at least one person on each team will have a streaming/recording setup, but in the absence of that, we can only assume everyone’s participating in good faith.

In Luigi’s Mansion 3, how many people can be on each team?

Any number between 1 and 4.

How does the prize money work for that?

It’s split between the team.

So if I play alone, I get more money?

Sure, in a sense. But can you win a 20 floor ScareScraper alone? And more importantly, in a time quickly enough that you’ll actually beat other teams to the top?

Somehow we doubt that. You’re welcome to try though!

What happens if a Luigi’s Mansion 3 team starts late?

When do you announce the winner?

Given the potential for staggered or delayed start times, we’ll announce them between 11pm and 12am on October 31st.

By whatever means they want to receive it once the respective tournament ends.

Can my community take part too?

Sure, contact us about this any way you can.