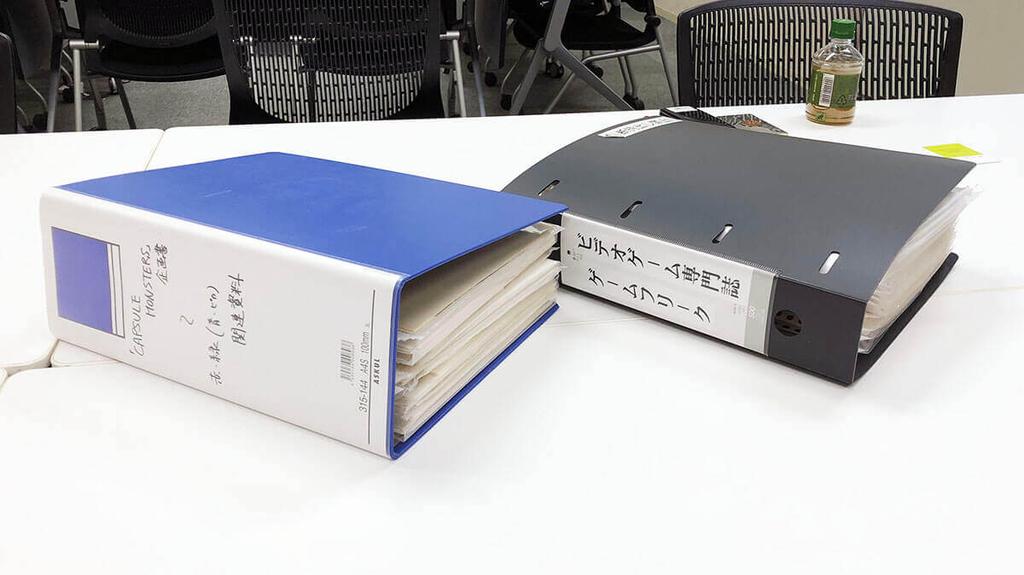 Unfortunately for many, video game preservation is not usually taken very seriously in the industry. Oh sure, occasionally you’ll see a beloved game dragged up and revived for a future system, and the odd company like Nintendo does seem to take an interest in keeping their older work around.

But that sadly seems to be the exception rather than the rule. For the most part, companies don’t seem to care about their history, especially where old concepts for games and characters come into the picture. It’s a depressing situation, and one that leaves a lot of interesting questions unanswered in the process.

However, it seems there’s good news as far as Pokemon is concerned. That’s because like Nintendo, Game Freak also seems to care about its own history, having kept design docs for their games all the way back to the original Capsule Monsters in 1990.

Additionally, they also seem to understand the risk of said documents being damaged or destroyed too. Why? Because as it turns out, they’ve just recently hired a Japanese company called Seisyou to scan and digitise said documents, to make them easier to find and reference in future too.

Game Freak keeps all the development documents of Capsule Monsters in folders and recently they've hired a company specialized in scanning to digitize them so that they won't be lost.

What do I have to do to get my hands on these 👀 pic.twitter.com/gWeD7UuuBn

As well as a page on the company website where they interview Game Freak’s Shiho Haraguchi about the work they’ve done in this field:

It’s an interesting read, and one that shows just how careful Game Freak is about preserving its work. Certainly a far cry from how their counterparts at 4kids treated the Pokemon Live props, that’s for sure!

Plus it also means the chances of a Pokemon art book are higher than ever before. That Pokemon’s equivalent to the Art of Super Mario Odyssey or Creating a Champion might actually be a thing that could plausibly happen.

But don’t count it. As much as we’d all like to see such a book, it’s not what this project is for.

No, it’s for preserving said docs for people in the company, not consumers as a whole. So while there’s a chance something could be done on the customer code, it’s not something you can say with any certainty at all.

Regardless, it’s nice to see Game Freak at least cares about this stuff. That in a world where video game preservation is mostly ignored by the industry, that Nintendo’s associates care at least a little more about it than everyone else does.

And it does mean that in future, such an art book or document release would be more practical (and likely) than ever before.

Still, what are your thoughts here? Are you happy to see that Game Freak cares about preserving their history? What do you think the chances are of seeing an art book or document release further down the line?

Tell us your thoughts in the comments section, on the Gaming Latest forums, or on our Discord server today!

Seisyou Scan Interview with Game Freak About their Digitisation Work

“That in a world where video game preservation is mostly ignored by the industry, that Nintendo’s associates care at least a little more about it than everyone else does.”
More than even Nintendo themselves…