In the last few years, buyouts have been a dime a dozen in the video game industry. Microsoft has bought Bethesda and Activision Blizzard, Nintendo has bought Next Level Games and Dynamo Pictures, and Take-Two bought Zynga, showing their move in the mobile market.

It’s a crazy time really, and one where any company could seemingly get bought out by any other at a moment’s notice.

However, it seems it’s not just limited to developers and publishers here. No, video game media organisations are apparently in the same boat, with Fandom having just purchased the likes of GameSpot, GameFAQs, Metacritic and Giant Bomb from Red Ventures. Here’s the announcement about it from their website.

It’s an interesting purchase, and an odd situation for a company known more for wikis than blogs and news outlets. And it’s also a worrying one for an assortment of reasons.

The first and most important being… Fandom have no idea how to run a site like this, and their previous attempts at diversifying from the wiki market haven’t done too well. For instance, remember Strawpoll? That site that speedrunnners often used to poll their community about various things?

Yeah, we remember it too. Either way, Fandom bought that two years ago, and closed it down earlier this year due to ‘low usage’.
And that’s just one of the things Fandom tried to do to move away from being a mere wiki host. They tried to start a search engine, and that failed. They tried a hosting platform, and nothing really happened there, even after a bunch of people had submitted applications to use it. Same goes with ArmchairGM, which had its blog and forum shut down shortly after the purchase went through.

So Fandom doesn’t really get other markets, and their history suggests they’ll be unable to manage these new acqusitions properly in the slightest.

Especially if they treat them like they do the wikis under their own ‘care’. After all, have you seen how slow and ad heavy their services are now? How ridiculously over the top the marketing and tracking services are on your average wiki there? 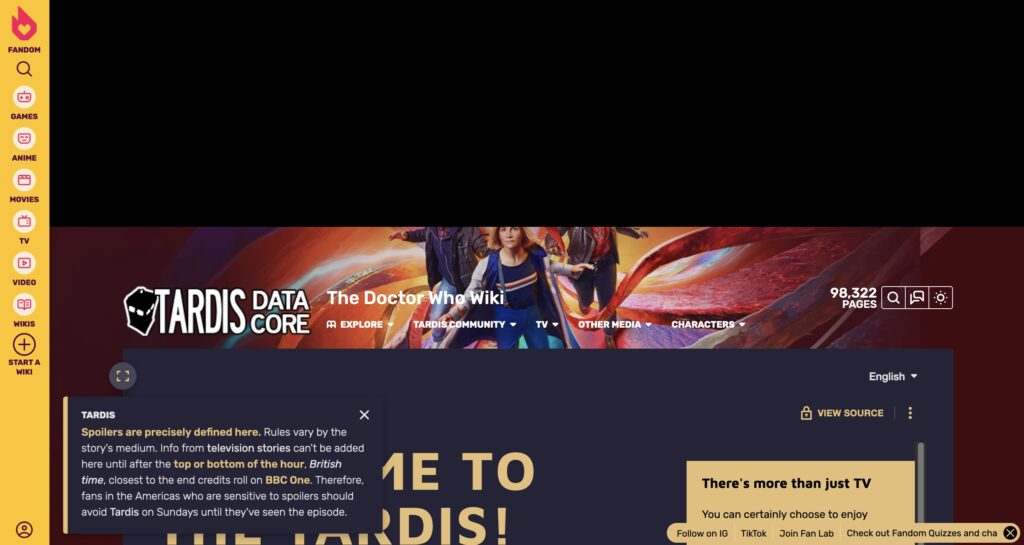 Even as someone who quite likes the Doctor Who wiki, I can’t imagine browsing it without Adblock…

Now imagine that on GameFAQs, a site known for minimalism, fast loading times and a community that doesn’t like to deal with ‘web 2.0 bullshit’.

That’s not going to be a great match to say the least. They’re gonna update the site, make a bunch of annoying changes no one asked for and (probably) drive away about 80% of the userbase in short succession.

Same goes with GameSpot, Giant Bomb and Metacritic. They’re not the lightest websites in the world sure, and they’re less minimalist than GameFAQs ever was…

But they’re a hell of a lot better run and designed than Fandom’s work nonetheless. So yeah, good luck monetising these sites guys. You’ll probably have a user revolt on your hands in no time at all!

Regardless, we don’t see it working well for Fandom. The sites are just too different in terms of their design and audience, and just don’t lend themselves well to the ad ridden, tracking heavy setup Fandom’s wikis usually fall into. Honestly, we’d be surprised if any of them last more than a few years under this management.

Still, what do you think? Are you disappointed that Fandom has bought these sites? How well do you think Fandom’s design choices will lend themselves to the likes of GameSpot, GameFAQs and Metacritic?