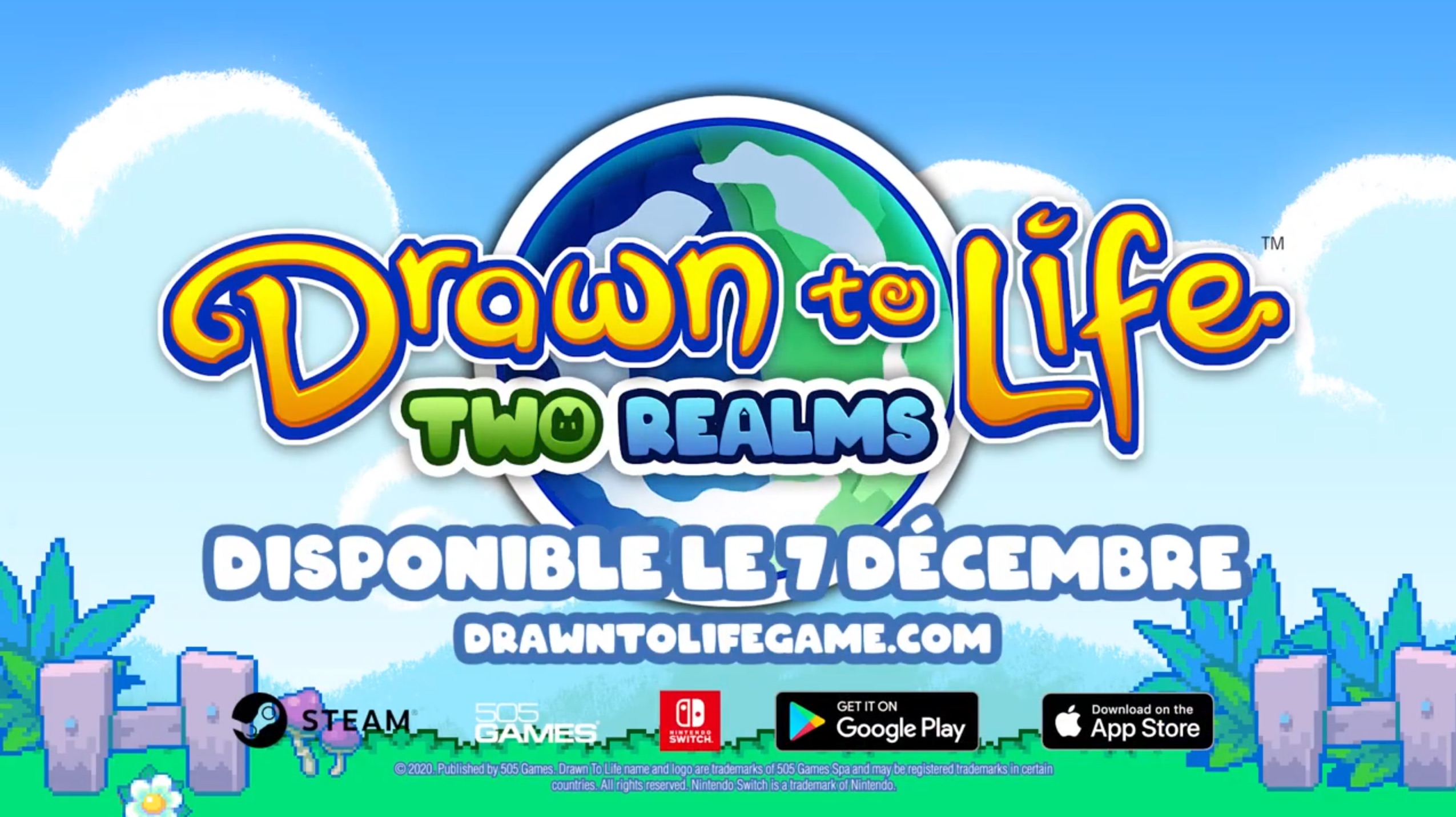 As you likely know from these site, a new Drawn to Life game is coming to Nintendo Switch. It’s been leaked via the Taiwanese rating board website back in late October, had a full trailer leaked on YouTube just a few days ago, and was all but confirmed as a result.

However, now it’s official. 505 Games are indeed working on Drawn to Life Two Realms, and the game is indeed coming to the Switch (plus Steam and mobile app stores) on December 7th 2020. Here’s the official trailer for the game in English:

As well as the official description for the game:

The quirky Raposa and your drawn hero return in Drawn to Life: Two Realms, the next installment in the beloved franchise! You again take on the role of the Creator, unlocking the mysterious connection between the two worlds, and creating a Hero to save them both!

A brand-new Creation Tool expands the creative possibility with millions of colors, unique stickers, templates, new hero animations. Unlock additional Stickers to further customize and save out your unique Hero looks via the new “Outfit System”.

The story continues! Now that Mike is awake, a new human world is revealed. Travel between the Raposa and Human towns to uncover the mystery of the shadow and save Mike and his friends. The full cast of Raposa return, along with brand new characters to interact with!

Use the Book of Imagination to enter the mind and challenge Townspeople, Enemies and Raposa to resolve conflict and defeat the shadow. Utilize and place dozens of unique toys to score points based on your own imaginative solutions. Take control of your Hero and jump, spin, and ground pound your way through over 100 unique challenges!

A true continuation of the series, brought to life by many of the original developers. Enjoy over 50 new music tracks from the original franchise composer, a lush 2D world from the renowned original sprite artist, and continued story presented by the original Executive Producer of Drawn to Life, and Drawn to Life: The Next Chapter.

So yeah, it’s now official. Drawn to Life: Two Realms is indeed a thing, and it’s being release on a whole plethora of console platforms next month.

Tell us what you think about the game in the comments below, or on our Discord server today!