Have you ever wondered what Banjo-Kazooie might have been like in 2D? Or how Donkey Kong Country’s first level may have gone had Rare made it for the bear and bird’s adventure?

If so, you may be interested in this mod, which adds DKC’s Jungle Hijinx to Banjo-Kazooie. Here’s a video showing it in action: 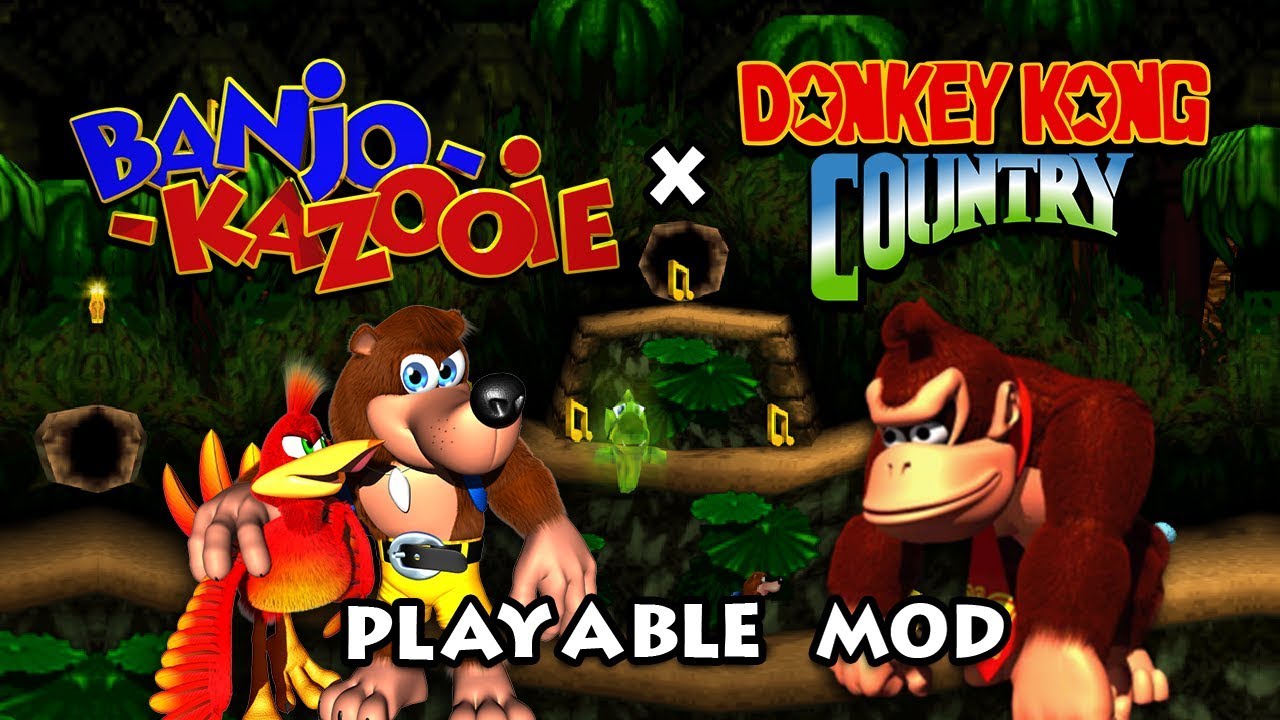 As you can see, it’s a pretty good recreation overall. The graphics and music have been ported over near perfectly, and the basic stage structure is note for note identical to the original level. Hell, it’s even got a parallax effect similar to the original stage!

But it’s not a perfect one. Why? Well, because at the end of the day, Banjo’s enemies and moveset just don’t really work in a 2D environment. They’re meant for a slow paced experience, one where you pick off enemies one by one.

Yet 2D platformers aren’t built like this. Especially not Donkey Kong Country, where levels are designed to be rolled through at top speed.

Hence the mix causes a clash there. It’s especially noticeable whenever the Teehee enemies are on screen, since semi invincible ghosts are just a pain to get past with an engine like this.

But the other parts have similar issues. You’re just too limited in terms of attacks to make use of the level design, with the lack of a rolling move making lines of enemies awkward to get past.

It’s just a mechanic mismatch really, at least from what we can see in the video.

Still, maybe give it a shot if you’re interested. It’s a neat crossover concept, and an interesting glimpse into how Banjo-Kazooie might have played as a 2D platformer too.