Did You Know Hinox Can Survive Lava in Zelda Breath of the Wild? 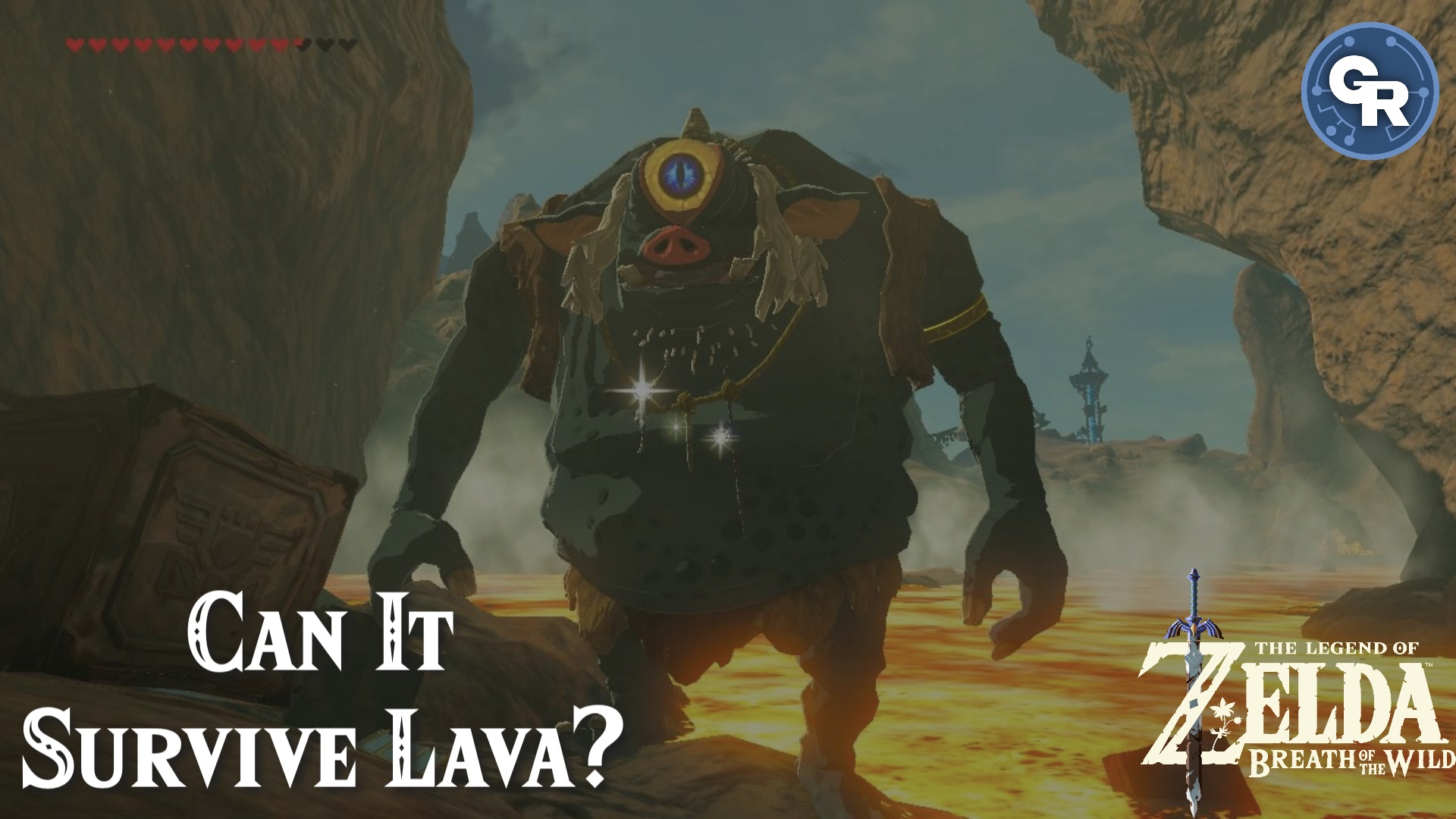 One of the most interesting things about the Legend of Zelda Breath of the Wild is how flexible the game’s engine is, and how many crazy things you can do with enough skill or patience. You can bring companion characters like Sidon and Yunobo to places like Eventide Island and Gerudo Town. You can make enemies fight one another, like a Guardian vs a Hinox or Molduga.

And hell, with glitches like Memory Storage you can go even further still. Like say, defeating all the game’s bosses without runes, or testing what would happen if you tried to survive Naboris’ lightning strikes with the Thunder Helm.

It’s an awesome setup, and a quality of the game that’s led to numerous news stories, YouTube videos and channels.

But did you know the game even has interactions for Hinoxes and lava too? Yep, as we found out recently, a Hinox is actually able to swim in lava, and can navigate the fiery ‘waters’ of Death Mountain just fine! Here’s a video showing how it all works:

As you can see, the Hinox does fine. It may be miles away from home in a location thousands of degrees hotter than it’s used to, but the giant monster can seemingly survive without any trouble at all. Huh, I guess those Fireproof Elixirs work on giant cyclops creatures too.

Or perhaps not. Sadly for anyone expecting a complicated reason for all this, the most likely reason for the Hinox’s lava swimming abilities isn’t anything particularly complicated at all. Nope, it’s just that BoTW’s lava is really just coloured water with a damage property added to it. So if an NPC isn’t specifically coded to interact with lava in any fancy way, it’ll just act like it’s underwater instead.

It’s why Guardians die when pushed into it, and why glitches actually let players swim in lava like it’s water on certain occasions:

Still, it’s neat to see nonetheless, and it did provide for this amusing video as well:

Oh hey, a Hinox can indeed drown in lava if they swim in it for too long… #Zelda #BreathoftheWild #NintendoSwitch pic.twitter.com/cJhc4mPrfQ

So hey, the reasoning behind why it works isn’t worth worrying about here. Hinoxes can swim in lava, and that’s all the matters.

Regardless, what do you think? Do you find it amusing that Hinoxes can swim in lava in Breath of the Wild? What other interesting discoveries have you made in the game?

What Happens If… A Hinox Falls in Lava in Zelda Breath of the Wild? (YouTube)