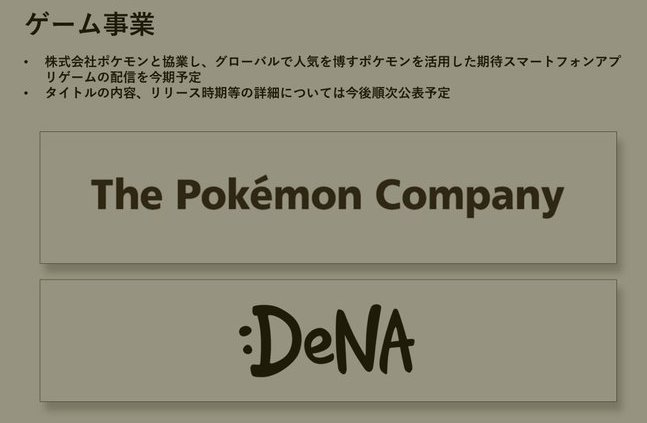 Which will launch on mobile devices by March 2020. Here’s the tweet confirming it by Wall Street Journal author Takashi Mochizuki:

DeNA: teamed up with Pokémon Co. to release a smartphone game by March next year. More to be announced when appropriate. pic.twitter.com/8XjhyOmebw

As you can see, there’s not really much to go on here. As Mochizuki says in the tweet, all we’ve got to go on is a series, developer and launch window. No logo, no name, no info on the genre… basically nothing that can tell us how what this game really is or how likely it is to suceed.

And that means we can’t really make any judgements about how likely it is to succeed. On the one hand, if it’s a bit closer to the main series, then yeah, it could do well. Fire Emblem Heroes and Animal Crossing Pocket Camp both succeeded by offering bite sized tastes of their respective franchises, and a Pokémon version could potentially outdo Pokemon GO in the same way.

But most Pokemon mobile games don’t succeed like that. No, most linger in obscurity, as spinoffs few people remember or care about. Remember Pokémon Camp or Pokémon Shuffle Mobile? Nah, we don’t either, but they exist. Same with the numerous trading card game apps and Pokedex apps the company has put out on similar platforms.

They’re there, but they go ignored by ninety percent of the gaming population.

So this Pokemon title could easily go either way. It could become a massive success and overtake Pokémon GO, or it could be a complete failure and fade in obscurity. You just can’t tell really.

But what do you think will happen here? Do you think this new Pokémon app could become the next worldwide phenomenon? Could DeNA’s next project really be the Pokémon GO killer we’ve all been waiting for?

Or do you think it’ll just be some random spinoff that dies in obscurity?

Tell us your thoughts on the matter (and more) in the comments below or on social media sites today!