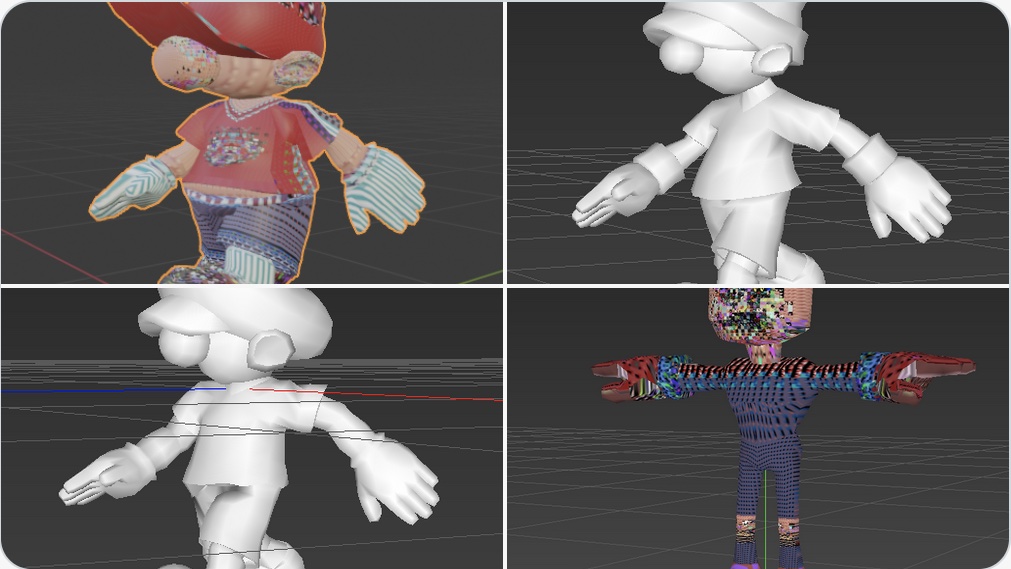 As the screenshots and videos from the last Nintendo Direct make clear, Mario Strikers: Battle League is going in a very different direction from past games in the franchise. With an all new split field setup, some arenas based more on the Mario universe than the futuristic locales of titles past and new mechanics for Hyper Strikes, the series is clearly being reimagined for the Switch era, with a blend of old and new meant to appeal to long time and newer fans alike.

Yet despite these changes, did you know the original game could have been very different too? That the Super Mario Strikers we eventually got was nothing like the one Next Level Games might have been considering at the start of development?

Yep, as a dataminer/historian called Dogon McBanana has pointed out on Twitter, a whole ton of interesting unused models exist in the game’s data, indicating all kinds of characters and concepts that were scrapped from the final game. Here are the tweets if you haven’t seen them already:

Was digging through the game's files on a whim, and evidently the final build of Super Mario Strikers on Gamecube just has an entire team's worth of generic Mario style humans and a whole bunch of other unused stuff that I've never seen anybody talk about?? (thread) pic.twitter.com/Lty9Jp4zDH

It seems like at some point each captain was going to have their own unique team of sidekicks. DK has a team of other Kong-like characters, for example. Luigi also has a dupe of himself for his sidekick, likely placeholder. They all have textures, but they're in a weird format. pic.twitter.com/kaJXoat76o

As you can see, there’s some super interesting unused character models here. Such as ones for supporter teams very, very different to those in the final product…

Since said supporters were apparently all new characters of the same species as the team leader! So Mario and Luigi would have teams of cartoony humans, DK would have a team of all new Kongs not seen before, and presumably, characters like Bowser would have new Koopa like characters too.

That’s pretty damn cool really, and would have expanded the Mario universe a lot here. Hell, this could have been the start of a whole line of Mario and Luigi like humans in future games, like there were in the older Mario Golf and Tennis titles.

Alas, it wasn’t to be. Perhaps because of some Nintendo mandate against human characters in the series from the late GameCube era onwards, the supporters were replaced by teams of traditional Mario species and mooks. So gone were the Mario and Luigi like plumbers and new Kongs, and in their place were the typical Toads, Koopas, Hammer Bros and Birdos.

However, it wasn’t just these supporters whose models got found here. No, we also got some new NPC models too.

Namely, medics based on the Dull Bones enemies from the Paper Mario games, and mafia style Piantas as club security guards! Yep, in what may well have been a rare Paper Mario homage outside of Super Mario 64 DS and Mario Party 5, characters and species inspired by those games were planned for Strikers here. Here’s the tweet about that one, with some extra proof:

There's also a Dull Bones from the Paper Mario Series fully realized in 3D, labeled as "Medic". I think some form of these security Pinatas were in the E3 Prototype, but so far as I can tell they go unused in the final game. pic.twitter.com/VTxwjhi4Jb

Again, it’s pretty cool really, and would have genuinely tied the Mario franchise and its spinoffs together in a way that was all too lacking in other titles.

But again, it didn’t happen. The more generic options won out, and the game was distanced quite heavily from other Mario spinoffs as a result.

Still, at least the Super Mario Strikers series still had plenty of charm and originality nonetheless, with the unique art designs, creative environments and neat homages to past Mario titles making it stand out from other spinoffs even without these interesting unused elements making the final cut.

Here’s hoping Battle League continues the pattern, and we get another fantastic title in this unique series.

Regardless, what do you think about all this? Are you intrigued by this unused content that was found in the game’s files recently? Would you have wanted to see some of these characters and designs make it into the finished game?