Crazy Cap Will Be in the Super Mario Bros Movie?

Crazy Cap Will Be in the Super Mario Bros Movie?

When it comes to references to past Mario games, the upcoming Mario movies has more than a fair few. It’s got the travel stickers from Super Mario Odyssey in the trailer, with the ones from the Sand and Mushroom Kingdoms being the most visible. It’s got items from Super Mario Bros 3, with the likes of the Music Box and P-Switch in the antiques shop reusing their designs from said game.

And now it seems it has another interesting Odyssey reference too! Why? Because as Twitter user AstroSeedP has found by editing the poster’s PSD file, the Crazy Cap shop from said game can be seen in the background! Here’s the tweet about it on their account:

As you can see, it’s very clearly the cap shop from said game, complete with the iconic logo, colour scheme and hat stand. If real, it’s one hell of a cool reference, and one that makes us super excited to see what the rest of the film has in store.

But is it real? Is this really a legit reference to Crazy Cap in the background of a Mario poster?

As far as we know, the answer is yes. For one thing, they actually link to the files used for this investigation in another tweet, complete with clear artwork of things like Mario, the Toads and the Biddybuds, all of which wouldn’t have been possible to obtain without access to the original file. 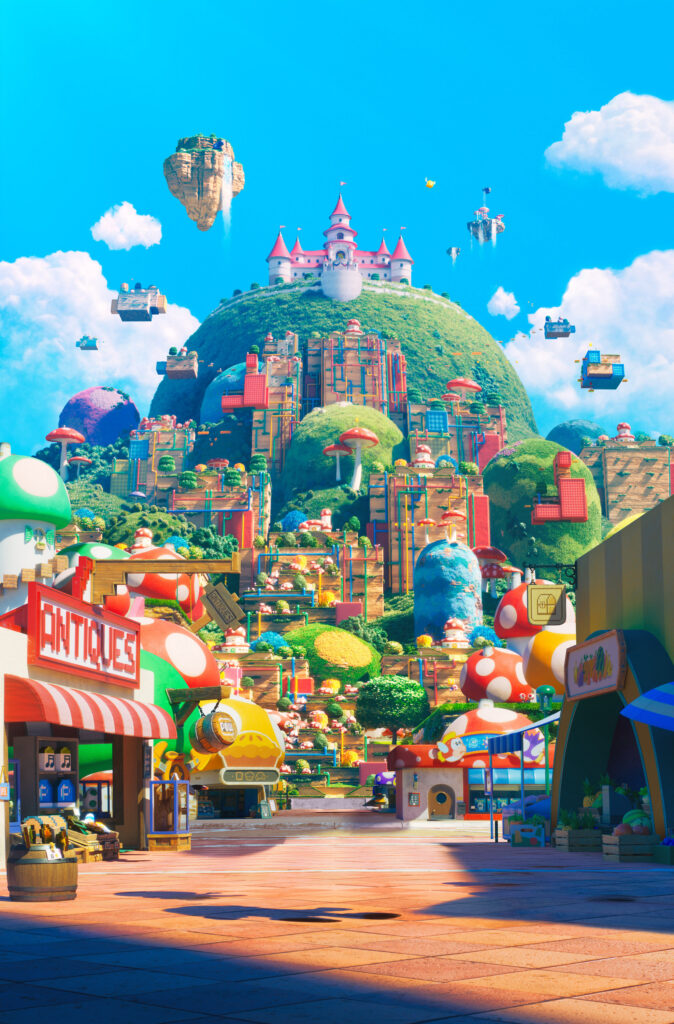 For example, this is the full background for the poster without the characters in it

So there’s that going for them. Unlike some leakers and dataminers, they don’t just post random images on Twitter and assume that’s enough evidence to go on. They provide you with the evidence so you can check yourself too.

Plus they’ve also found similar things for other movies too. Like say, the second Sonic the Hedgehog film, where they found evidence of an unused Knuckles concept hidden away in the poster artwork. This predates the film’s first actual trailer, and shows evidence that Knuckles was going to be in the film beforehand.

Hence as far as AstroSeedP is concerned, they seem credible enough here. They’ve already managed to beat Paramount to the punch in terms of revealing Knuckles’ presence in the Sonic 2 film, and now it seems they’ve done the same for Crazy Cap in the Mario one too.

Regardless, what do you think? Are you excited by the possibility of the Crazy Cap store from Mario Odyssey appearing in the Super Mario Bros movie? What other references to Super Mario Odyssey do you expect to see in this film?