Crash Bandicoot 4: It’s About Time is Heading to Nintendo Switch 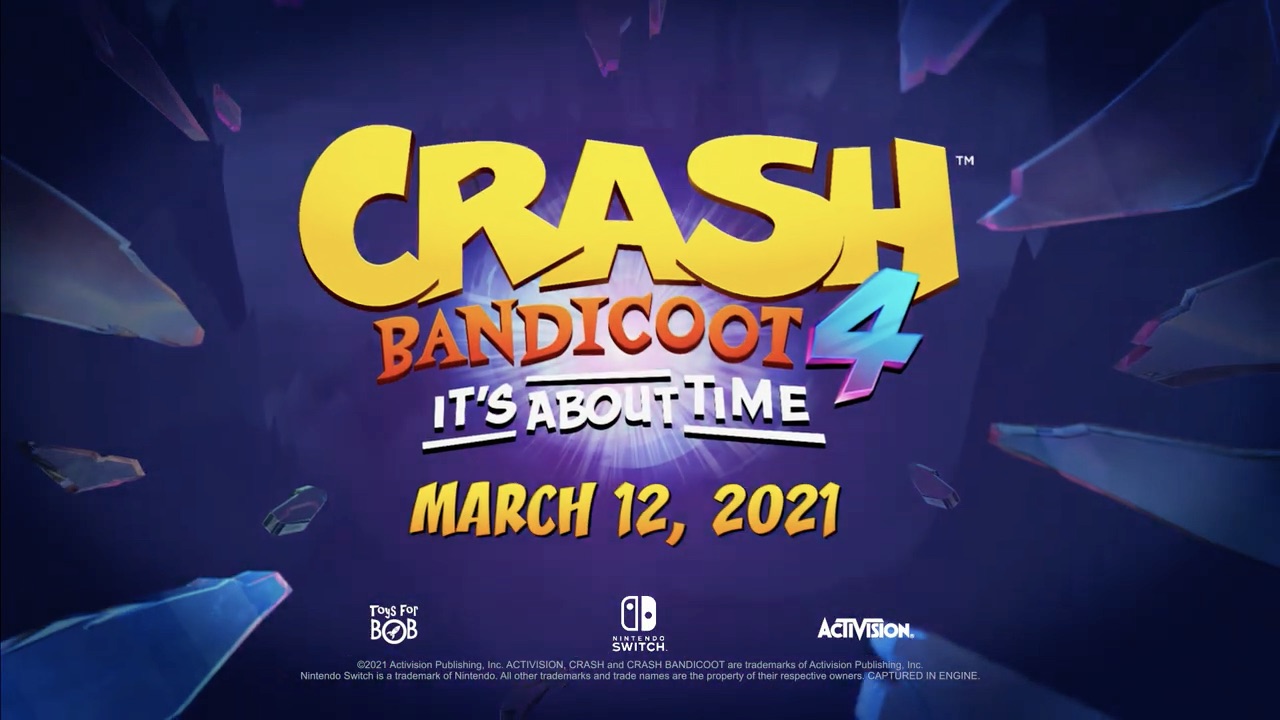 Admit it, you knew this one was happening. Indeed, with the Crash Bandicoot N Sane Trilogy and Crash Team Racing remakes already on Switch, and most of Activision’s more kid friendly games making it sooner or later, it was always an inevitably than Crash Bandicoot 4 would go the same way. After all, the official site already had code for buying a Nintendo Switch version, as discussed on this very site back in August 2020.

But now it’s finally been confirmed. Crash Bandicoot 4: It’s About Time is heading to Nintendo Switch on March 12th 2021. Here’s the official trailer for it courtesy of Nintendo of America’s YouTube channel:

As you can see, it’s exactly what you’d expect it to be. A (from what we can tell) perfectly good port of the game that’s already out on PlayStation 4 and Xbox One, and which is due to be released on PS5, Xbox Series S/X and Microsoft Windows at around the same time as the Switch one.

And for the rest of you Switch owners and platforming fans… well maybe it’s worth giving it a go there too. It’s gotten some good reviews and it seems to be a perfectly competent followup to the classic PS1 games, so check it out if that’s your thing.

Still, what do you think of the game? Did you play Crash Bandicoot 4 on other consoles? What’s the likelihood you’ll be buying on Switch this March?

Tell us your thoughts on those questions (and more) in the comments below, on the Gaming Latest forums, and on the Gaming Reinvented Discord server today!