Barrier Skip Has Finally Been Found in the Original Version of the Legend of Zelda The Wind Waker!

Barrier Skip Has Finally Been Found in the Original Version of the Legend of Zelda The Wind Waker!

Update: If you’re worried about the debug info present in the video, here’s another verified video of the glitch, with the game in its ‘vanilla’ state.

A while ago, you may have seen a few stories about a major speedrunning discovery in the Legend of Zelda The Wind Waker HD. Titled Barrier Skip, the discovery let speedrunners skip a large portion of the game by heading to Ganon’s Tower immediately after entering Hyrule, and shredded records left and right as a result. Now the Triforce Hunt was a thing of the past. The last two temples made optional outside of all dungeons. Even things like elemental arrows made entirely skippable.

It was huge, and it completely changed the way the game was played.

Problem is, it was also HD exclusive. As a result, while players of the remake could get into the rest of Hyrule early, players of the original game were stuck doing things the long way. This created a huge gulf between the respective scenes, and meant the original version’s exclusive glitches couldn’t be used alongside Barrier Skip for their maximum speedrunning potential.

Yesterday however, things changed. Why? Because as the title suggests, Barrier Skip was finally found in the GameCube version of the Wind Waker HD! 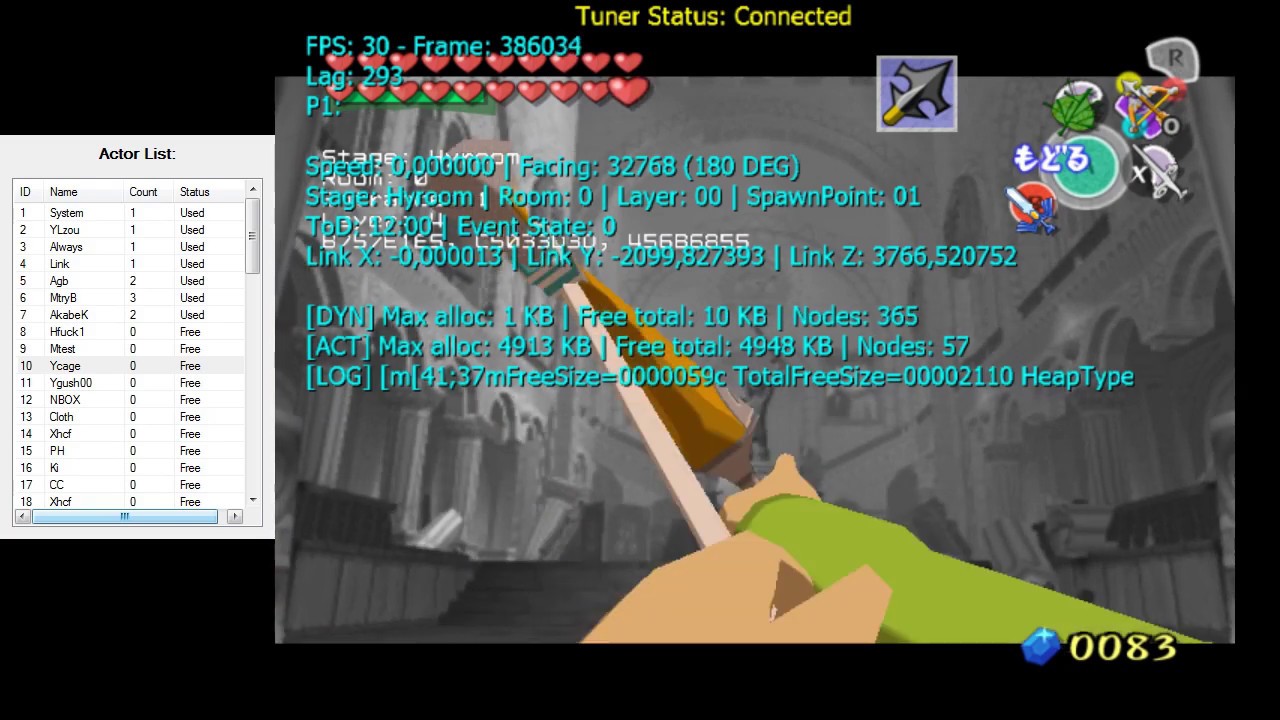 As you can obviously guess, it doesn’t work anything like the HD version of the trick did. You’re not bypassing the collision with knockback tricks this time around.

Instead, you’re shooting arrows fast enough to overload the game and despawn the barrier altogether. It’s arguably closer to Hyrule Overload in Breath of the Wild than anything else, albeit with a bit of memory corruption involved as well.

So now the holy grail of Wind Waker speedrunning has been found. But what can be done with it?

Well as we already said, an any% run can theoretically skip about half of the game. That’s pretty useful.

But if the Wind Waker HD is any indication, the effects aren’t limited to that. No, in fact entering Ganon’s Tower early gives you a few neat things in advance too.

Such as the fully charged Master Sword and Mirror Shield once you watch the cutscene before Puppet Ganon. This means an all dungeons run can get to Puppet Ganon, defeat him, then go back to the Earth Temple and basically skip half of that dungeon altogether.

It also gives you a way to get the Light Arrows early too. Which is pretty game breaking really, given they can one shot any normal enemy in the game, and be used to stun Jalhalla without the Mirror Shield.

And then there’s that portal that opens between the Forsaken Fortress and Ganon’s Tower. Again, pretty useful, especially if the barrier somehow comes back at some point.

So good job everyone. You’ve finally figured out how to break the GameCube version of the Wind Waker to the same level as the HD one, and completely changed the speedrunning scene in an instance.

Time to see what new records can be set with it!