Since it’s launch in 2017, there have been a surprising number of game changing glitches found in the Legend of Zelda Breath of the Wild. From World Reset to Lizalfos Curse, Hyrule Overload to Apparatus Storage, it seems every few months sees the discovery of yet another to tear the game to pieces. It’s impressive really, even for a game like this one with a million moving parts.

But now yet another game changer has been found. Yep, named Hyrule Unloading, the trick lets you unload parts of the world at will, shattering all manner of things in the game. 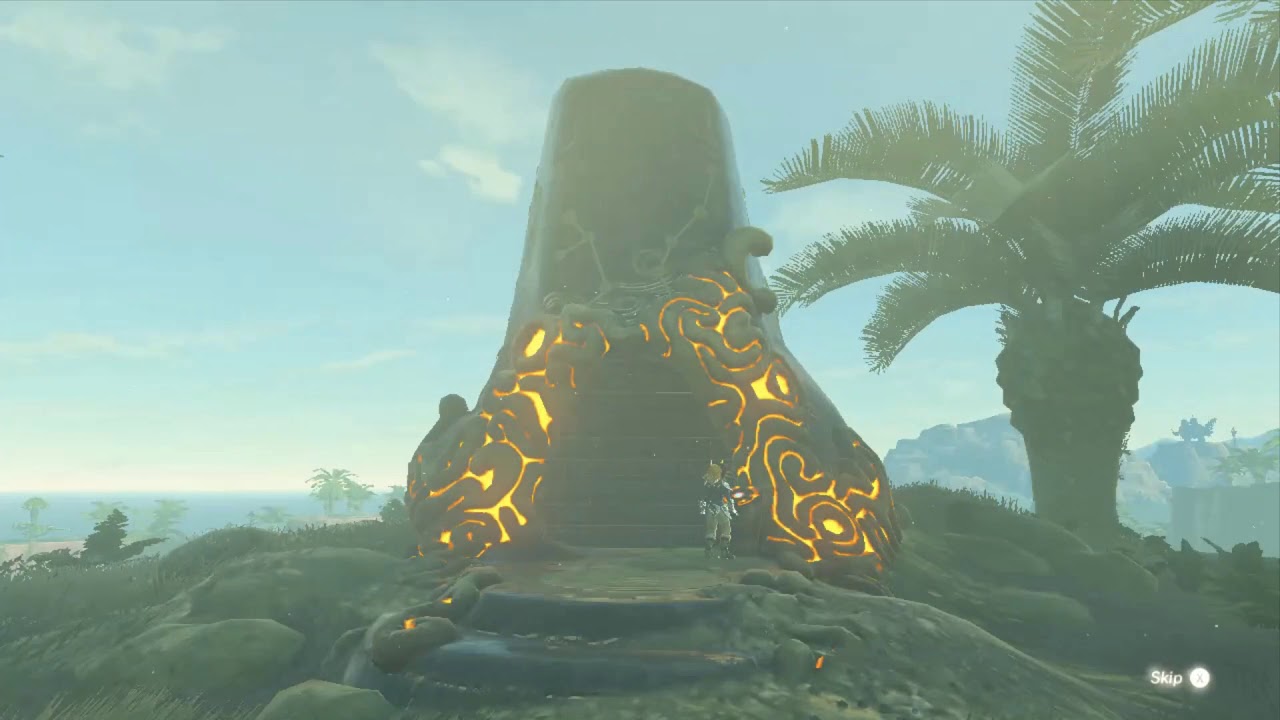 So how does it work? How does one trick really let you break so much? And how can you actually activate it?

Well put simply, you escape a Divine Beast battle with Apparatus Storage, then enter and exit any area on a separate map. This can be a shrine, another Divine Beast, or the Trial of the Sword, but point is, it has to be located on its own map.

This then breaks how the game reloads data. Basically, it stops tracking where you saved properly, and puts you back in the last place you warped instead.

And that’s because in a Divine Beast battle or inescapable side quest, the game disabled the typical flag used to update your save position. It does this so the player can’t accidentally save in the wrong spot, then escape the battle/mini game/side quest by getting placed out of bounds.

In most cases, that works fine. You save, you reload, and you’re back in the relevant mini game or battle.

However, when you enter a shrine, not only does this flag stay unset, but so does the code meant to place you back in the fight too. Hence the reload weirdness.

But that’s only part of the picture. After all, if the only effect here was reappearing where you last warped, that’s a pretty lame bug (even if it is a tad quicker than warping and opens up things like stables as de facto warp points)

Instead, it loads Link in your current location… while loading the world map area he last warped from instead. And given how most of Hyrule is dynamically loaded in Breath of the Wild, this causes utter chaos throughout the game.

After all, many objects don’t appear at all unless you’re there, including ground, shrines, blocks, doors and NPCs. So by tricking the game into loading the wrong area, you end up in a world where (for up to about 30 seconds), these objects don’t exist.

That’s pretty damn useful for speed runners, or anyone else wanting to skip things. For instance, snow doors that block shrines in Hebra don’t load with this, nor do rocks blocking cave entrances or NPCs standing between you and an item. 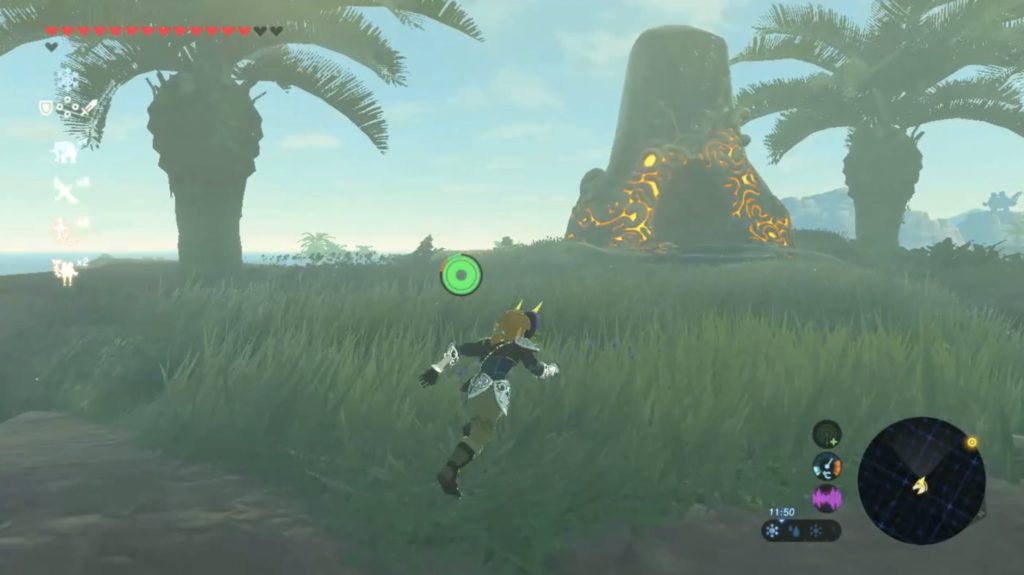 The Qukah Nata Shrine usually requires you to break a mound with lightning, but this glitch lets you just run right to it.

Better still, it makes the Master Sword a breeze to get too. Just save in front of it with a horse, do the glitch, then grab it before the triggers for the cutscene and endurance test spawn in. Voila, one free Master Sword, even for a player with three hearts right off the Plateau! 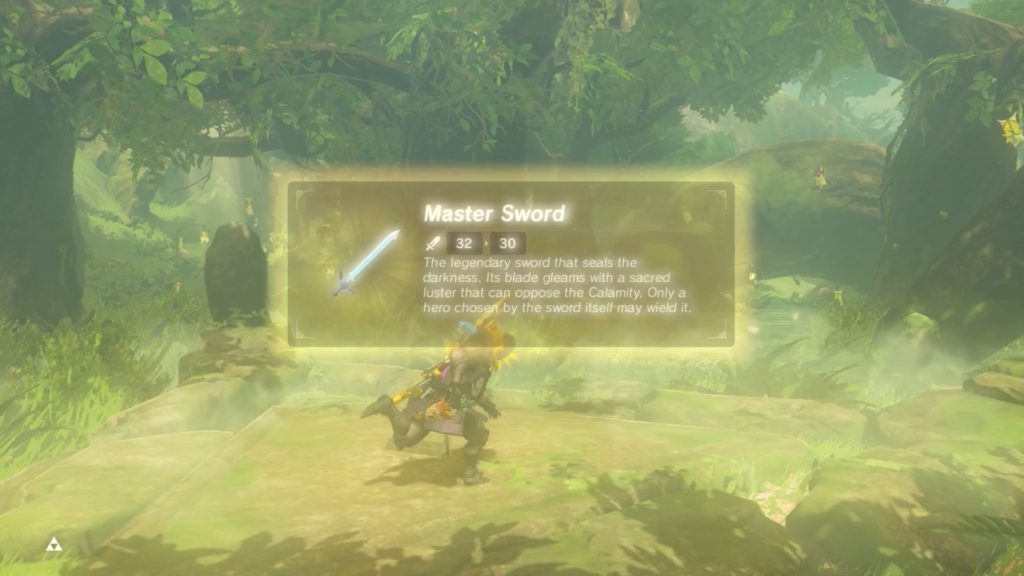 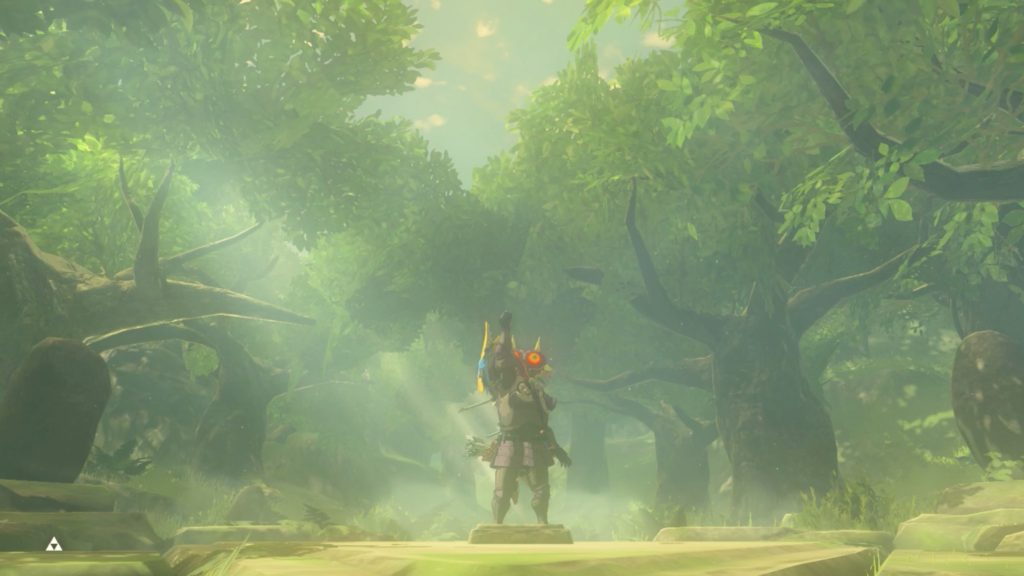 And that’s still not all you can use it for. No, void out zones, bottomless pits and world barriers fail to load too, at least for a while. This lets you explore off the edge of the map without Hyrule Overload, which is all pretty cool. 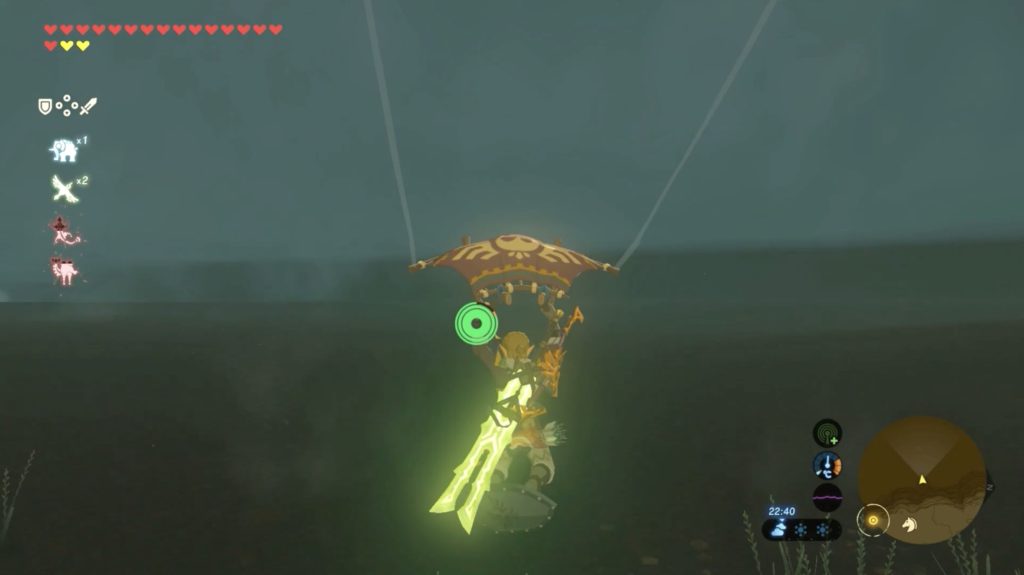 Exploring bottomless pits with this glitch can be entertaining

Finally, you can use it to trick the game into thinking you’re in Hyrule Castle while you’re not. This gives you a 60 damage Master Sword anywhere you want (without beating the Trial of the Sword), plus quick Champion Ability recharges, that kickass theme song and no Blood Moons at all. 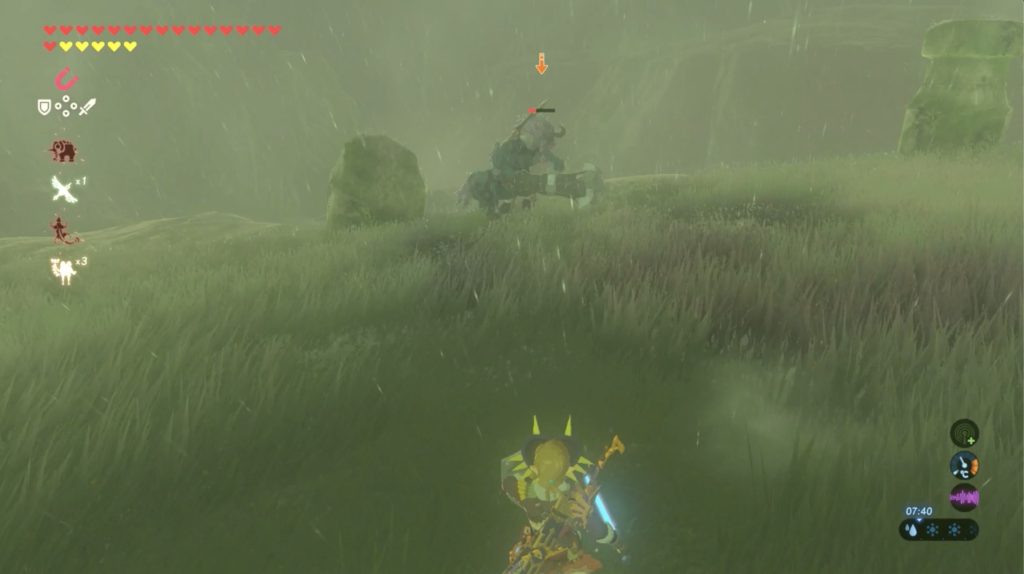 I don’t actually have an upgraded Master Sword, yet I am fighting a Lynel with one.

Yeah, we definitely think so, especially if a strat to do this is found to be possible without a horse.

Cause at the moment, that’s the main drawback to this bug. It only works in places a horse can reach.

Admittedly, that is most of the map. Everything in the east, centre and south of Hyrule is exploitable, as are the bits of the other areas.

But it’s certainly not everything. It’s not Goron City or Eldin, Gerudo Desert or Gerudo Town, many otherwise inaccessible peaks or places blocked by anti horse barriers like Rito Village and Zora’s Domain.

And it’s those places this glitch could break a fair bit more. The desert has two easily accessible world barriers, plus a town you can only enter with certain clothing. Eldin has Death Mountain, where reactivating the battle would let you and Yunobo skip most of those annoying sentries.

Plus many blocked shrines are in these hard to reach areas. So taking it to non horse friendly locations would unlimit the trick overall.

Speed is a limiter here too. After all, the further you go, the more the game has to load when you load the file, and the word the effects are as a result. Warping right near your destination and reloading there is pretty useless, whereas reaching the other side of the map minus warping is slow as all hell.

Hence it’s a bit limited in its applications that way too.

Fortunately though, there’s hope there. That’s because while the more permanent one I originally found requires escaping a Divine Beast battle, another version does not, and can be done at any point in the story.

So here’s what you do. Go to where you want to overload things and save while on a horse. Then, use Apparatus Storage, and reload the save slot where you’re on a horse.

Now just warp to another location far away from where you saved, and hey presto, you’ve done it. You’ve activated the glitch.

Which in turn leaves the world in the same weird unloaded state as before, with situation getting worse the further your warp point and horse are from each other.

So yeah, same benefits here too. Can go through same obstacles, avoid enemies, go out of bounds and get Master Sword early like with last trick.

Well except how saving and reloading works anyway. The old method breaks the game every time you reload, letting you try the trick time and time again, while the new one gets cancelled out on reload. So it’s a bit more temporary with this version.

Either way, it’s still a useful trick, and one which can change the game entirely if used correctly.

Give it a shot if you’ve got a bit of time to kill!

Original glitch and side effects found by Dabbelit and myself