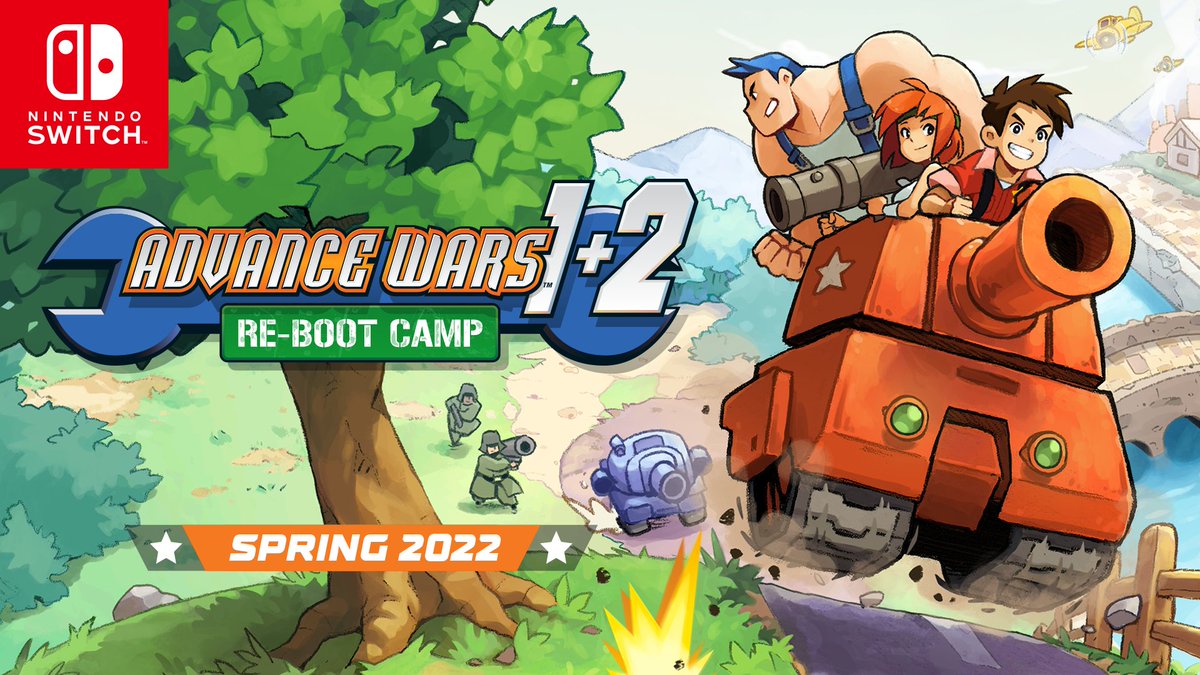 Well, bad news Advance Wars fans! The remake of the first two games for the Nintendo Switch, Advance Wars 1+2: Re-Boot Camp has now been delayed from its original December 3rd release date and will be released in Spring 2022 instead. Here’s the announcement about it from Nintendo of America of Twitter:

Hello, troops! #AdvanceWars 1+2: Re-Boot Camp, which was set to launch on 12/3, will now release for #NintendoSwitch in spring 2022. The game just needs a little more time for fine tuning. You'll be battling with Andy & friends soon! Thanks for your patience. pic.twitter.com/dSi8VSsxTH

Yeah, it’s a pretty crazy delay really. Indeed, it’s quite rare that any modern game gets delayed for months after its announcement, especially one for a modern Nintendo system like this.

But it’s understandable nonetheless. As Miyamoto once said, a delayed game might be good, whereas a rushed game would be bad forever. So by delaying it, at least Nintendo have acknowledged it might not have lived up their standards, and are willing to push back and release it later rather than pushing out a half finished product like they have a few times before.

Still, that’s it. Advance Wars 1+2: Re-Boot Camp is now a Spring 2022 game rather than a holiday 2021 game, and has been pushed back for reasons unknown.

So what do you think of this? Are you disappointed the game got delayed? What reasons do you think Nintendo may have for doing so anyway?

Advance Wars 1+2: Re-Boot Camp Has Been Delayed Until Spring 2022 (Nintendo of America on Twitter)