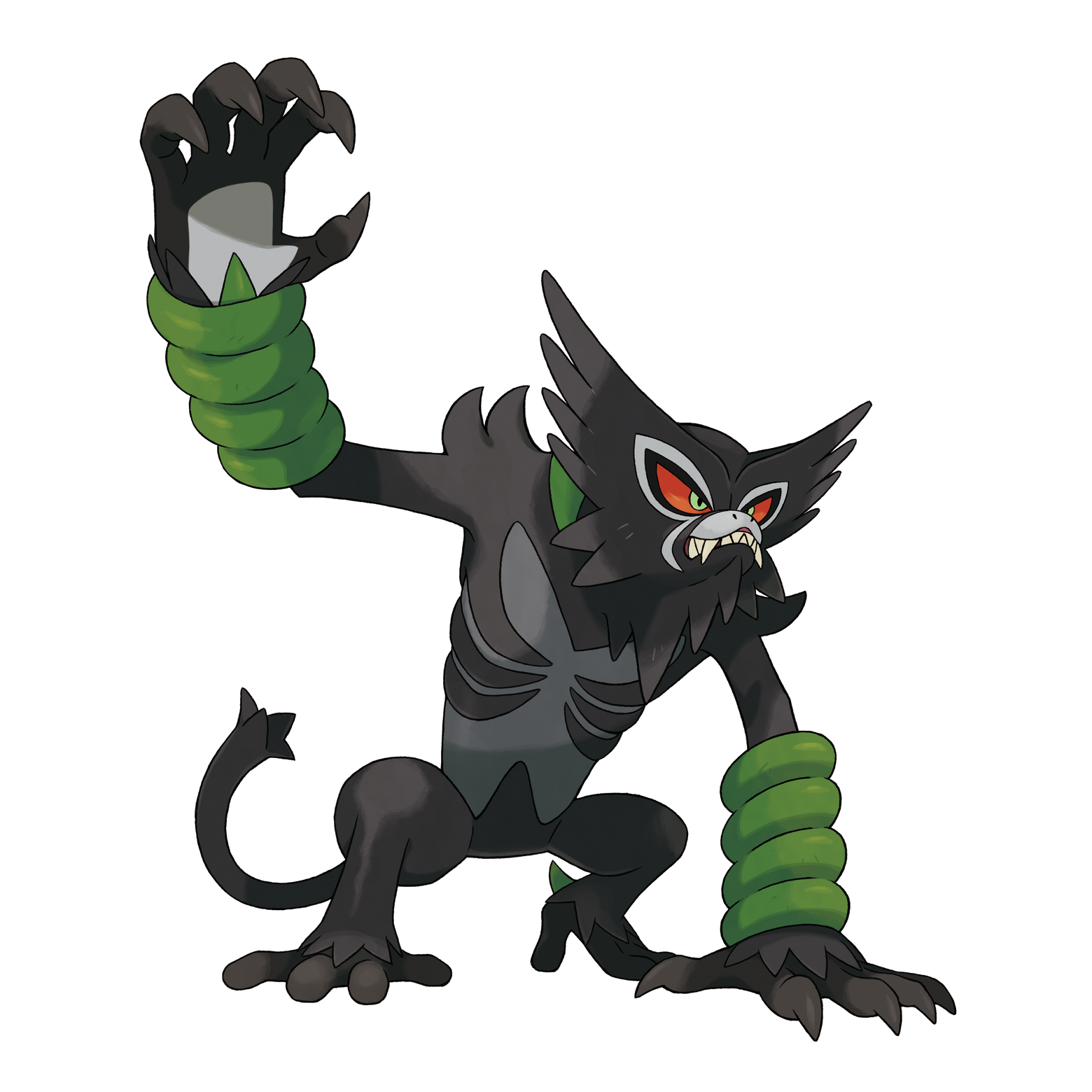 About a week ago, a new mythical Pokemon was teased for Pokemon Sword and Shield. Shown off in silhouette form in CoroCoro Magazine and the official company Twitter account, this Pokemon appeared to be a monkey like species inspired by the likes of Alakazam and Passimian, with a design fitting for the Isle of Armour DLC pack.

And now it turns out we were sort of right. Why? Because earlier today the Pokemon Company officially revealed the new mythical Pokemon, which turned out to be Zarude, the Rogue Monkey Pokemon.

Here’s some artwork showing it in action: 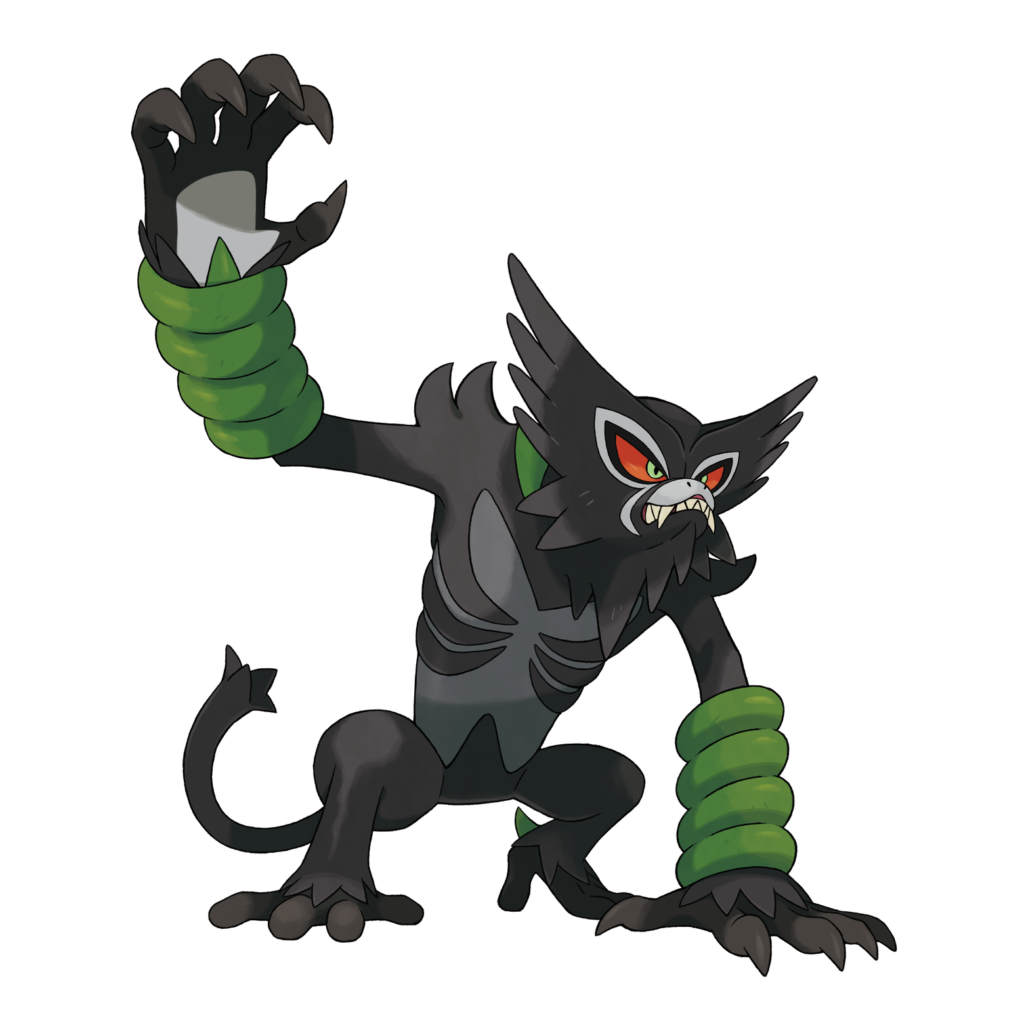 As well as some details on its typing and abilities:

Plus a video showing it in game:

We’ve confirmed the existence of Zarude, the Rogue Monkey Pokémon. When fighting, it swings around using trees and their branches, attacking relentlessly with its sharp claws or any other means it has.

As you can tell, it’s certainly a very… different choice of Pokemon for a mythical. Indeed, with previous generation mythicals either falling into the ‘cute mascot’ or ‘powerful god’ camps, a rogue monkey was something we doubt anyone saw coming.

And not just in the expected way either. No, everything from the Grass/Dark typing to the creature’s abilities is out of the ordinary too, with virtually every fact revealed about it making it seem even stranger. In fact, it’s so unusual for a mythical Pokemon, only its appearance in the next Pokemon movie is like any of its predecessors at all.

So it does make us wonder why it’s been given said role. The design and backstory just seem more appropriate for a standard legendary (or even normal species) overall.

Regardless, Zarude is our next mythical Pokemon, and the Mew equivalent for generation 7.

So what do you think about it? Are you happy to see a menacing looking monkey as gen 8’s Mew equivalent? Or would you have rather seen a different design instead?

Tell us your thoughts on the matter in the comments below or over on the Gaming Latest forums today!