A New Glitch Lets You Take Yunobo ANYWHERE in Zelda Breath of the Wild!

A New Glitch Lets You Take Yunobo ANYWHERE in Zelda Breath of the Wild!

Back in 2019, an interesting glitch was discovered. This glitch let you take Prince Sidon out of the battle with Vah Ruta and ride him anywhere in the game, acting like a sort of water going horse in the process. 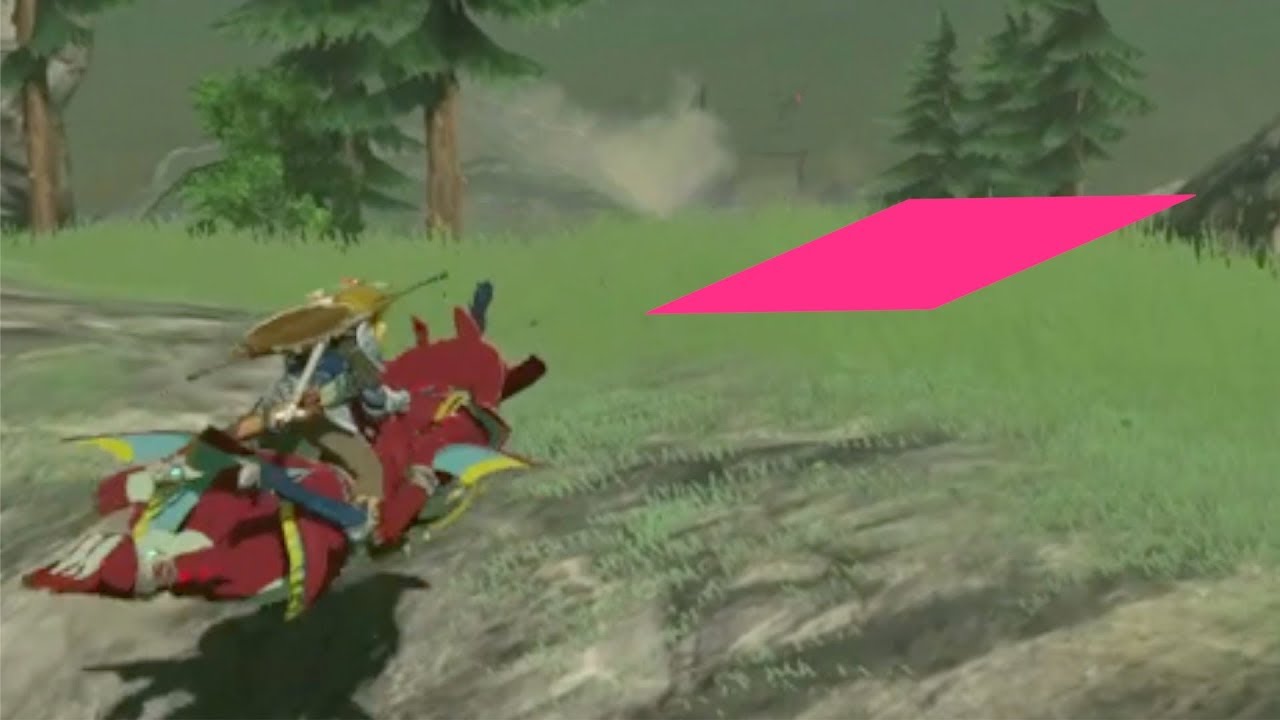 It was a neat find, and one which got a lot of coverage from the media back in the day.

But as it turns out, it’s not just Prince Sidon you can take anywhere in the game via glitches.

No, you can also take Yunobo anywhere you like too! Indeed, thanks to a new glitch discovered by YouTuber ThornyFox, you can bring Yunobo outside the Vah Rudania battle and have him accompany you anywhere in Hyrule, complete with hilarious results!

So here’s a video tutorial from our YouTube channel:

As well as a written guide on how to pull it off:

First, you need to be in (or just before) the stealth mission in the Vah Rudania mission. You know, the point where you cross the Bridge of Eldin to climb Death Mountain while avoiding the sentries.

Then, bring a minecart to Yunobo. 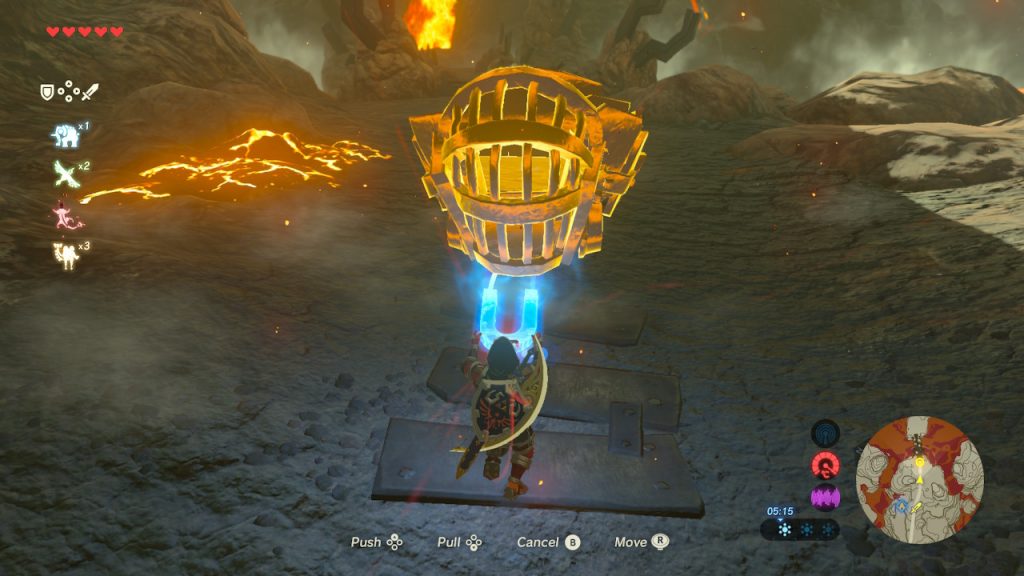 Carry a minecart (or metal object) to Yunobo 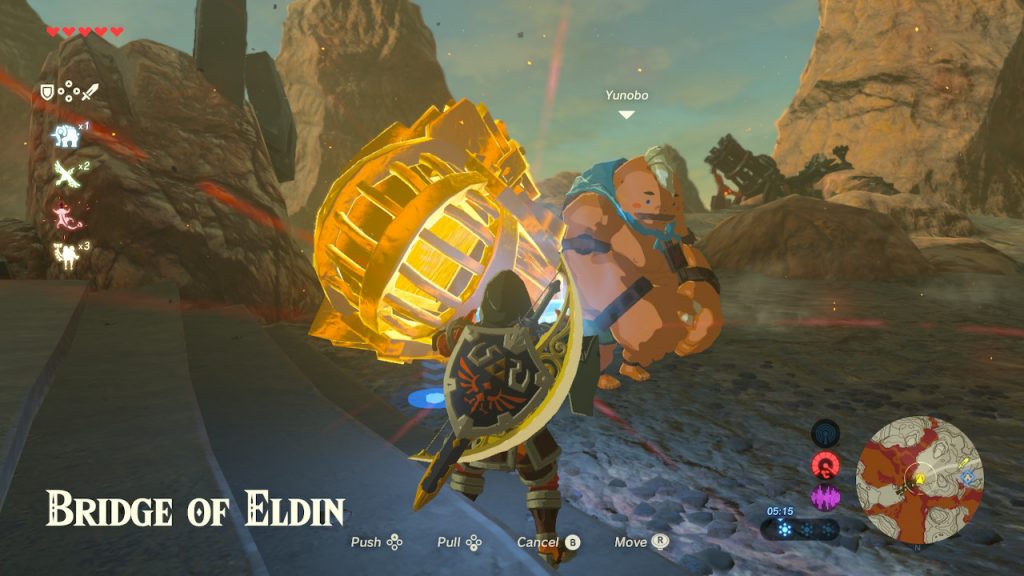 Fling the mine cart into him to push him along the path, until you reach this point. 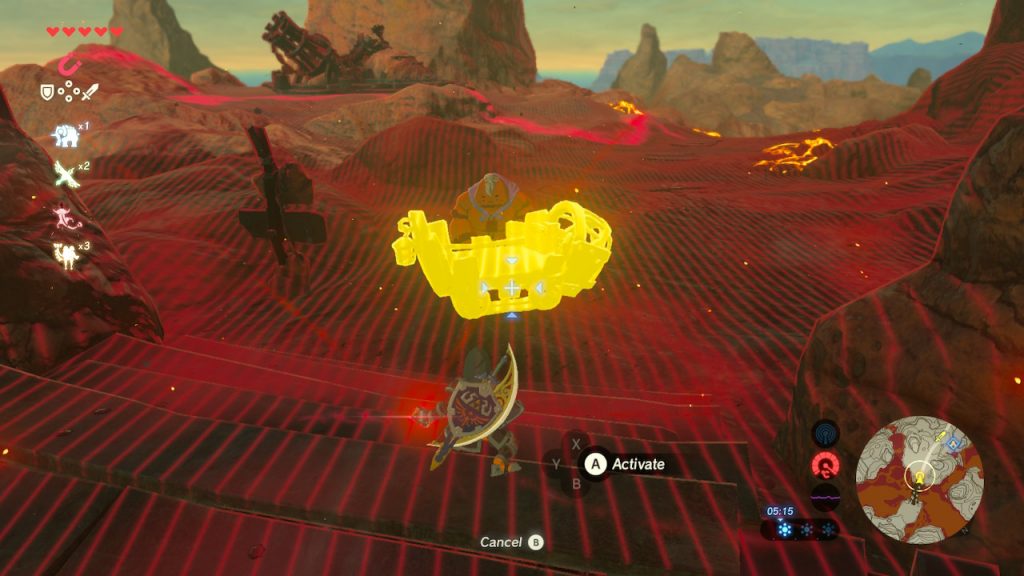 Use a minecart to push him back, like this

After that, just speak to him as usual. 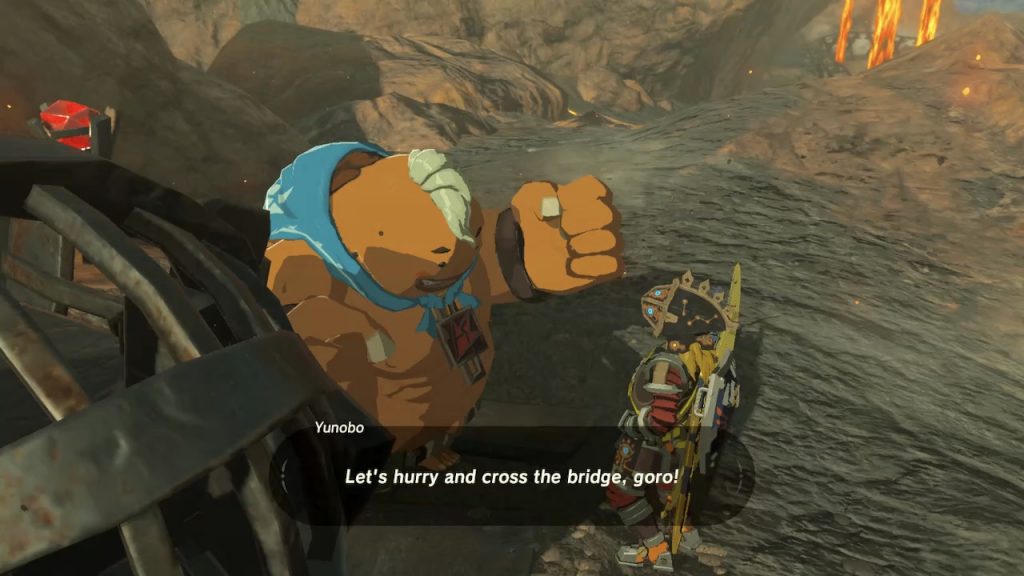 And voila, you can now take him in anywhere in Hyrule. It really is that simple. 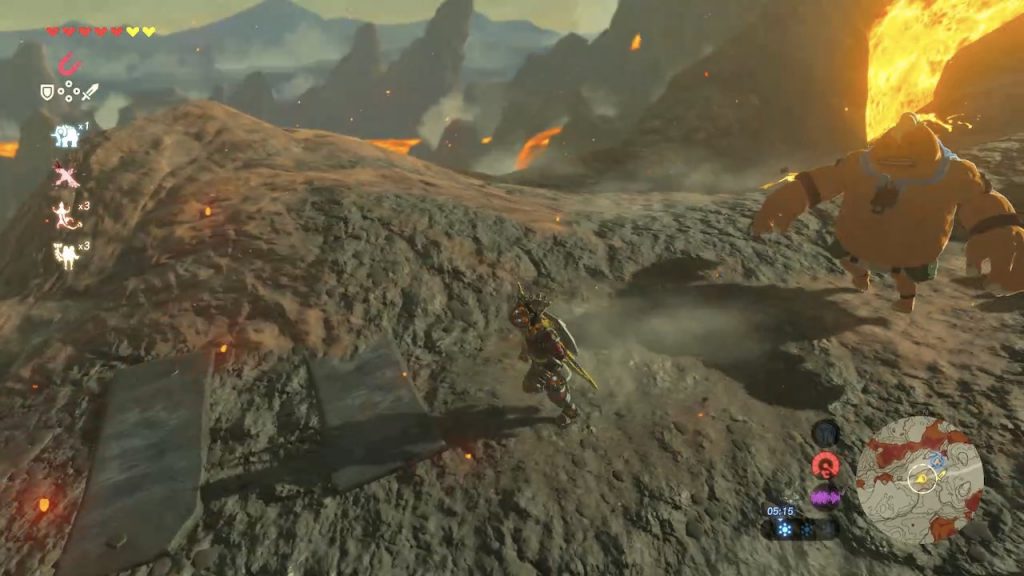 Nor do you need any other fancy tricks here. Just shove him past the ‘zone’ he’s meant to be in with a mine cart, and Yunobo is free for you to take anywhere you like.

It really is that simple.

That said, once you’ve set it up, you’ll need to keep the following things in mind.

Firstly, once Yunobo is following you, warping is disabled. This might be fixed if you play a mini game again (like the one in Lurelin Village), but for the most part, you’ll be unable to warp with him around.

Secondly, he doesn’t cope very well with changes in elevation. This means getting up and down cliffs is a tricky process, and will likely involve either shoving him off the cliff with a metal object or trying to trick him into walking onto (and sliding down) a slope.

Finally, there are some weird issues with enemy interactions too. For the most part these call Yunobo to cower in fear as expected, but against enemies like Lynels and Guardians, his behaviour is rather strange. He’ll only fear Lynels during certain attacks, and he’ll completely ignore Guardians altogether.

Still, it’s great fun to take Yunobo around Hyrule, and it makes for some very interesting challenge runs too. So try it out! It’s easy to set up, and the video possibilities here are almost endless overall!

Do you have to do anything before meeting Yunobo to set up this glitch?

So you really just throw metal objects at him to push him away, then speak to him?

Why can’t I move him with Magnesis?

Because Magnesis interacts weirdly with NPCs. For some types it acts like they have no gravity or weight at all (see the Stalnox lifting video, or how you can throw donkeys around with a treasure chest), whereas for many humanoid NPCs it seemingly doesn’t work at all.

Or at least, I suspect Nintendo thought they’d made it not work. Because while you can’t push most NPCs by moving a metal object towards them with Magnesis, throwing the item will (in some cases) seemingly still apply its regular physics to them. Hence by throwing a metal box at certain characters, you can still push them around.

Where can I take Yunobo anywhere?

Anywhere you’re patient enough to take him. In theory that means Gerudo Town or Hyrule Castle, if you’re willing to spend hours bringing hin there.

What things will make Yunobo disappear if I do them?

Obviously warping will, as will saving and reloading. He also seems to despawn if you’re too far away, and entering a door will get rid of him too.

Will Yunobo act as a cannonball in this state?

Sadly no. Outside of the mission, he won’t interact with the cannons on Death Mountain.

Which enemies does he not interact with properly?

Can Yunobo enter the desert?

Yes. He can enter the desert just fine.

How come he doesn’t follow me into Gerudo Town?

By default, his AI doesn’t know how to get past the entrance. However if you push him in with a metal treasure chest, he’ll follow you into town.

Are there any issues with that?

He’s massive, so he gets stuck on objects and struggles to fit through doorways.

Who found the glitch?

We’re not entirely sure. ThornyFox on YouTube/our Discord server brought it to our attention, but he says some Japanese user may have found it before him, since he saw older footage of the glitch.

It depends. Personally I’d say Sidon is a cooler looking character, but Yunobo is way easier to bring with you in this game, since he doesn’t act like a horse and doesn’t need to be in water.

Where can I get more help with this glitch?

Check out our Discord server for a community that can help you there.