Well, it’s finally over. After nearly 5 years of saying I’d never collect all the Korok seeds, I’ve finally collected them all in the Legend of Zelda Breath of the Wild. 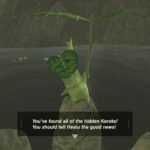 Yes I previously used the 999 Korok seeds glitch, hence while I’m back at 999 after this 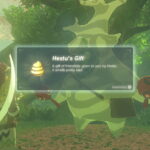 And here’s me getting Hestu’s Gift afterwards. Yay? 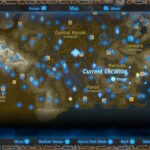 I also 100% completed the map after that too.

It was a challenging journey, and one which took many days of combing over maps to find their locations, but I’ve finally 100% completed the game and can move onto Tears of the Kingdom without the original lingering in the back of my mind.

But why did I do this? Why did I decide that now was the best time to get the Korok seeds? And what did I learn throughout the whole process?

Well for the former two questions, the answer is pretty simple. It was just bugging me that I hadn’t ever looked for them all. I saw dozens of people posting about the achievement on Reddit and Twitter, I saw all the guides on wikis, gaming sites and YouTube channels.

And I just thought to myself: why haven’t I done this?

Why haven’t I (as a long time Breath of the Wild fanatic and content creator) actually finished the whole game?

It just didn’t make sense, especially with Tears of the Kingdom around the corner. 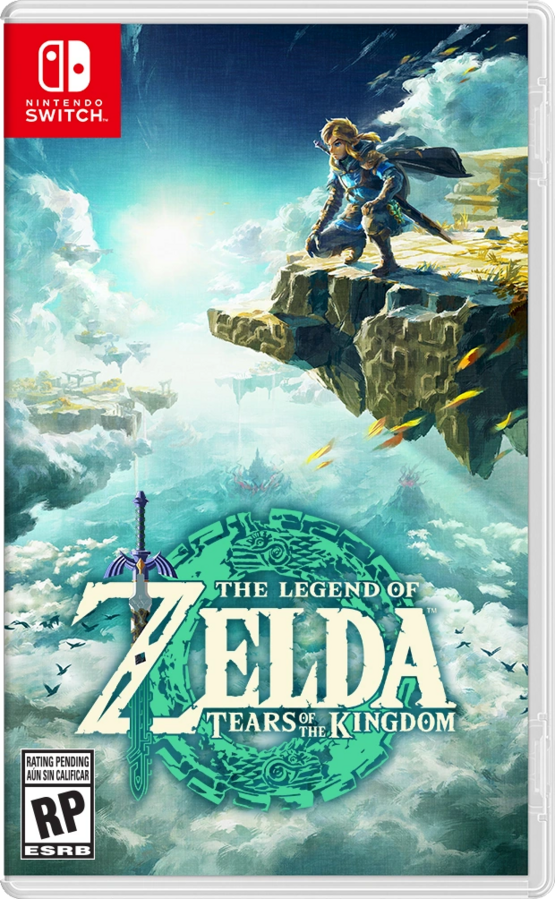 Hence I bit the bullet and did it, just to get it out of my mind and off the mental backlog.

As for what I learnt along the way, well a few things actually. Firstly, there’s a surprising amount of thought that went into these seed placements.

Seriously. Yeah, the puzzles are often the same. You’ll see lots of circles you need to jump into or throw objects in, metal block puzzles to solve on walls and random sets of lights on top of trees and other high places.

But the way they’re integrated into the world is actually pretty clever. It’s never like “well, our Korok seed quota says we need one here, so we’ll just toss a few rocks in and call it a day”.

Instead, you’ll have them setup in a way that makes full use of relevant environmental features. There’s a puzzle on a bridge where the solution is on one side, the setup you need to fix is on the other, and the metal cube is in the middle. There’s one where the ‘pattern’ is actually an arrow pointing to the rock you need to pick up with a Korok underneath it, subverting the whole ‘finish this pattern with a missing rock’ puzzle. The one on top of the Hateno Ancient Tech Lab requires you to climb up a broken Guardian’s leg to reach it, since the roof prevents easy access.

Hell, even the non-puzzle setups have their charm, with one pinwheel Korok actually being a floating set of leaves one instead of a shooting puzzle, and one of the metal cubes for another puzzle being guarded by two Bokoblins that happily danced around it.

There’s a level of effort here I didn’t expect, and it’s nice to see.

Secondly, it’s surprising how much of the map doesn’t have any to find too. Oh sure, there are plenty spread across the map, and you don’t ever need to go that far out of your way to find one if you’re in desperate need of an inventory upgrade.

But there are a surprising number of interesting landmarks, ruins and other neat locations that don’t have any Koroks at all. For instance, the entirety of the North Tabantha Snowfield is devoid of Koroks, as are Cuho Mountain and the majority of the Laynaru Highlands. It’s pretty surprising really, given how many Koroks are packed into random other parts of Hyrule like Hyrule Field or Faron Woods.

So again, it really does show that genuine effort was put into the puzzle locations here, and that Nintendo didn’t just sprinkle them around at random like you might have otherwise thought.

Yet despite all this, the Korok seeds are deeply flawed in multiple ways.

For instance, quite a few of them clearly weren’t designed very well, with some feeling like QA testing was nonexistent.

Like say, the one in Lurelin Village. That one is utterly infamous here,with the rooftop puzzle being damn near impossible to complete without either insanely good luck, or insanely clever usage of the game’s core mechanics.

It got to the point I needed to use amiibo, Octo Balloons and Stasis to succeed, and likely in a way that was completely unintended by the original designer.

But hey, if that was the only bad seed, it wouldn’t be too bad. After all, every game has a few poorly designed missions, right? Even games as amazing as Super Mario Odyssey have their flaws!

Yet it isn’t just one bad seed. No, quite a few other Korok seeds are poorly designed too.

For instance, there’s a block puzzle one near the Lake Tower. In theory, it should be pretty easy to do. You get the block out of the water with Magnesis, then place it on the structure stuck to the edge of the cliff.

Problem is, the blocks don’t stand out from the cliff face at all. There’s literally no colour contrast here, to the point it’s virtually impossible to see the puzzle in the day with perfect vision, let alone at night or when its raining. It’s utterly ridiculous, and makes completing the puzzle far more troublesome than it should be just because of Nintendo’s complete lack of a11y testing. 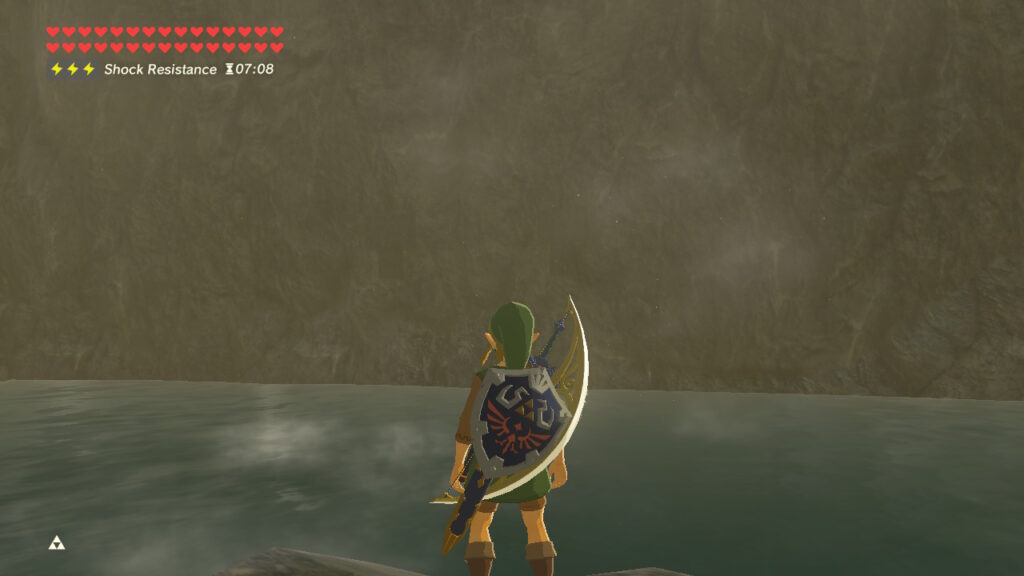 Can you even SEE the block formations here?

And there are plenty of lesser examples like that too. Rock puzzles where you have only one or two attempts to clear the puzzle before needing to save and reload, block puzzles where it’s easy to permanently lose the block needed (or make it nigh impossible to retrieve) and balloon shooting ones where the balloons required are literally out of sight are all present here, and they make 100% completion an utter chore in general.

So while some of the ideas are good, and the puzzles were at least designed interestingly in most cases, many of them also feel so poorly thought out and so blatantly unpolished that they’re just not fun to complete.

Because of that, I just can’t recommend anyone else follow my lead here. Collecting the Korok seeds can be fun in some cases, but the number of seeds to collect and the questionable design decisions made for a fair few of them just makes them collecting them a chore. At best its a way to explore more areas, but at worst, it’s a case of painstakingly looking over a map and slamming your head into a wall as you question Nintendo’s design decisions.

Either way, that’s what I learnt from collecting them here. But what about you guys reading this?

Did you collect all the Korok seeds in The Legend of Zelda Breath of the Wild? And if so, which ones were your favourites and why?