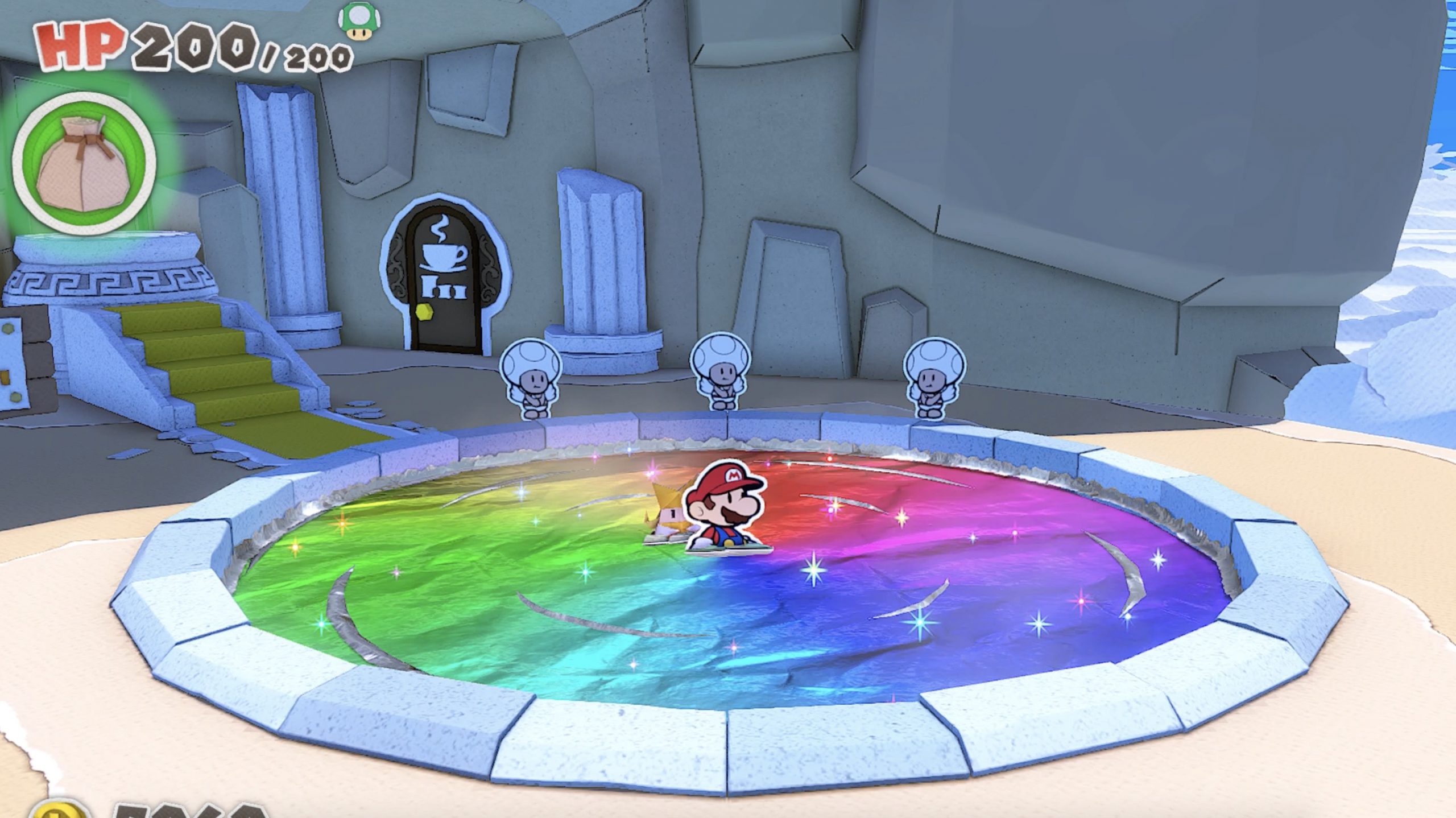 Recently, a very interesting glitch was supposedly found in Paper Mario: The Origami King. Caused by entering the springs in Shangri-Spa, the glitch would seemingly prevent the player from progressing with the game, since the relevant cutscene that usually played would not occur.

This resulted in a lot of posts about a game breaking glitch in the game, with complaints that their save file was bricked as a result of such.

However, as it turns out, this wasn’t actually the case. No, there isn’t another game breaking bug in Shangri-Spa, and you can’t ruin your save file there.

Instead, what actually happened was that their consoles got affected by Joy-Con drift, and THAT broke the game.

Basically, in Shangri-Spa, the game activates the relevant cutscene by checking if the player is standing completely still. If so, the cutscene starts. If not, it doesn’t.

It’s a neat way to let them progress, and lets players walk around in the springs without repeatedly activating cutscenes or getting healed.

Problem is, it also falls apart if your console has Joy-Con drift. That’s because if said drift exists, the game never thinks Mario is standing still.

Since the drift automatically forces Mario to move left or right, even to the tiniest possible degree. This tiny amount is still enough to block the cutscene trigger, despite it appearing as if Mario is stationary.

And that’s where the real issue came. The problem wasn’t that the game was broken per se, it was that the console itself was broken, and the thing the game was checking had a tendency to not be true.

It’s an interesting issue, and one which provides a very important lesson to game designers and programmers.

Namely, you need to be aware of the underlying hardware or system’s limitations in your design. If something there doesn’t work as expected, don’t design your game under the assumption it does.

That’s where Nintendo screwed up. They knew Joy-Con drift was a problem (hell, they’re even being sued over it), yet their designers failed to take into consideration when designing this game. As a result, a setup that should have worked perfectly, just completely broke.

So how could they have prevented this problem? How could Nintendo have designed Paper Mario: The Origami King with the possibility of Joy-Con drift in mind?

Well, there are a few possibilities. For one thing, they could have replaced the trigger for the cutscene altogether.

Since standing still, is the main reason this issue occurred. If instead they’d replaced that with a button prompt that appeared when the player was in the spa/spring, and that activated the cutscene… well this ‘bug’ wouldn’t be a problem. It’d just work as expected, regardless of how messed up the player’s controller might have been.

Alternatively, they could have also made the trigger much less sensitive too. Made it so you didn’t technically need to be stock still to activate the cutscene, but merely slow enough that you’re not obviously walking.

That too would have fixed this bug, albeit to a lesser degree than the alternate trigger solution.

By using any of those solutions, this ‘glitch’ wouldn’t have occurred, and numerous people wouldn’t be left wondering if the game’s defective as a result.

So don’t be like Nintendo here. Take your own system’s limitations into account, and work around them.

Regardless of what that system is. If it’s got a dodgy camera like the DSi, you shouldn’t rely on precise camera usage to win. If your underlying engine has issues with jump physics (like many Mario fan games do), you shouldn’t have precision platforming in your game. And if most browsers don’t properly support the standards you’re using, you should take that into consideration too, and design for the current reality instead.

That way, you’ll make a game or system that people can actually use, and that won’t be hindered by random bugs in the underlying system.