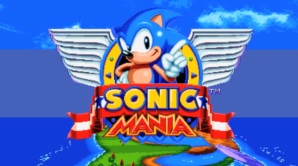 In recent times, fan game development has become a bit more difficult than usual. It’s been under fire from lawyers and internet sites, with claims going around that it’s of questionable legality. It’s seen an increase in take downs from paranoid companies (like Nintendo and Konami). And with the recent track record of projects released to classics like Mario 64 and Ocarina of Time, many developers are now looking for an alternative.

And in most cases, that means turning to indie game development. Or just rebranding their projects so they’re not based on an existing IP.

The one where Mario (and a bunch of other characters) save the multiverse from the forces of evil in an absolutely gigantic mega crossover. That was these guys’ first (and most well known) project.

Since then though, they’ve slowly gotten tired of the fan game world, eventually culminating in their recent decision to stop making them altogether. That’s in part because of Nintendo’s recent fan project shut downs, and the team deciding Super Mario Fusion Revival (their most recent project) was too risky to continue in that form.

So they quit fan game development for the time being, and are working on a bunch of indie games with a similar gameplay style to their fan projects. I can’t say more than that yet, but they do look really good none the less.

And hey, talking of crossover fan game devs, they’re not the only ones to have moved to the indie scene…

Oh no, their ‘rivals’ in crossover fan game development are doing likewise. That’s because Exploding Rabbit are the creators of a game called Super Mario Bros Crossover, and they’ve also decided to move into the realm of indie games.

They’ve done this with a game called Glitch Strikers, a 2D platformer mixing various gameplay styles from the eight bit era. This project (previously titled Super Retro Squad) was announced back in 2012 and had a successful Kickstarter campaign to go with it, raising over $50,000 from more than 1,800 backers.

Unfortunately, that’s where the story kind of goes a bit wrong. Why? Because it turned out that $50,000 isn’t really all that much in the greater scheme of things, and the title’s development eventually collapsed on itself. This was not taken well by certain people online. Nor by certain gaming blogs, who accused them of ‘spending the money on a house’ or funding it with Super Mario Bros Crossover revenue.

Still, it’s back in development now, with a new trailer:

And more updates on their official site and YouTube channel. Hopefully this revitalised attempt at making the game will work out a bit better than their first one.

Either way, onto a slightly more experienced example of fan game dev turned pro now. Why more experienced?
Well, because they’ve actually made multiple games. Two full titles in a series called Last Legacy, and without having to raise any funding for either on Kickstarter.

Plus a more advanced one called Super Mario 63:

Both were damn impressive works in general, and their indie works were arguably just as good. So yeah, it seems making the move from fan games to indie games can be done successfully.

Which is also what these guys are hoping to do. That’s because their main developer (Thunder Dragon)’s prior experience comes from the best Mario fan game of all time. Yeah, he made Psycho Waluigi:

And that’s not all he made either. Oh no, Toad Strikes Back and Toadette Strikes Back were also successful projects of his too. So yeah. We’ve got the maker of three of the best Mario fan games of all time striking out as an indie developer with a new studio and game.

Which is (in all practicality), basically Psycho Waluigi as an original IP. Named Psycutlery, it’s a rather ambitious 2D platformer where the player can use their psychic powers to take down enemies and shoot projectiles all across the screen. Here’s a video showing it in action:

It’s pretty impressive really. I mean, that’s just their first alpha right there. You know, from a point where just one or two levels have been made and 90% of the game is just a spark in the maker’s eyes.

However, not all fan game developers use their existing fan games as a base for future designers. Oh no, sometimes we get them try all kinds of interesting things…

3. Gears for Breakfast (A Hat in Time)

Like going from a bunch of 2D Mario platformers and parodies to a full blown 3D Platformer inspired by Super Mario Sunshine and The Legend of Zelda The Wind Waker. Yeah, you heard right there. A Hat in Time is actually by an ex fan game creator!

That creator being Jonas Kaerlev, also known as Mecha the Slag or MechaBowser at Mario Fan Games Galaxy. Prior to A Hat in Time, he actually made quite a few interesting fan games and mods. Such as No More Plumbers, a fan game inspired by No More Heroes: 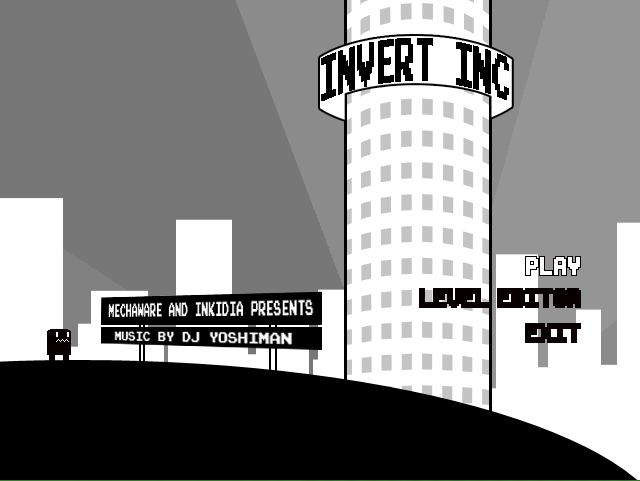 And an assortment of mods for Team Fortress 2. It’s quite the development history really, and should certainly boost everyone’s confidence in Gears for Breakfast as far as A Hat in Time is concerned.

But as impressive as it is, it all still raises one question. Namely, has an ex fan game developer ever made a success of both worlds? As in, released a successful fan game and a successful indie game in short succession?

What do I mean by that? Well, prior to Terraria he also made this small game called Super Mario Bros X:

Yeah, that Super Mario Bros X. The Mario fan game level editor/maker that basically replaced Super Mario World ROM hacking for a lot of people, and which now has hundreds of episodes available online via its various forums and fansites.

Admittedly, he never quite saw just how big said game got. That’s because midway through development, Nintendo sent him a cease and desist notice for the game, and he quit developing it as a result. Rumour has it that the questionable choice of domain (SuperMarioBrothers.org) had something to do with that. It was too close to ‘official’ looking for Nintendo’s liking.

But either way, add the success of Terraria (over 20 million copies sold across platforms), and it’s clearly the guy created two very successful game projects. Kudos Redigit, you succeeded as both fan game dev and indie game dev on your first try!

However, do you know what’s even better than making a successful indie game?

Actually managing to become an official developer for the series you made fan games about. That’s what Taxman and Stealth did with Sonic Mania, the next major 2D Sonic the Hedgehog game by Sega:

And oh boy did they make the transition well. First they made such an accurate fan remake they got called on to create the iOS and Android ports of the Mega Drive games:

They then got so recognised for their efforts that Sega themselves drafted them to make Sonic Mania. Talk about a promotion!

Really, it’s a childhood dream come true, and proves that in some few cases, you really can turn a fan game hobby into an official career with the original company. Congrats guys, you really are living the dream right now!

And that concludes our list. Before we finish, we’d like to give a few more honourable mentions here, along with why they didn’t make the cut:

The project is great, but I’m not sure the makers created any fan games or hacks before it. So I tried to focus on creators who’d actually made fan games before moving to indie development, not just ones who turned a C&Ded fan game into a new IP.

Breath of the NES

Which is why this one wasn’t included either. It’s a good game and the change to an original IP is interesting, but (as stated by the creator WinterDrake), he never made any fan games beforehand.

Either way, I hope I did everyone justice here, and included enough examples to show that going from fan game development to indie game development is indeed a common and possible career route.

But hey, what do you think about the list? Did I choose some good examples? Or are there lots of other, better ones I should have included?

Post your thoughts here in the comments or on the Gaming Latest forums today!

I’m quite impressed by A Hat in Time, looks fun.

Yeah, the game looks great. Love the level themes, like that haunted house straight out of a horror game with Queen Vanessa chasing you thoughout. Or the looks we’ve seen at the recent levels based on murder mystery fiction and golden age Hollywood.