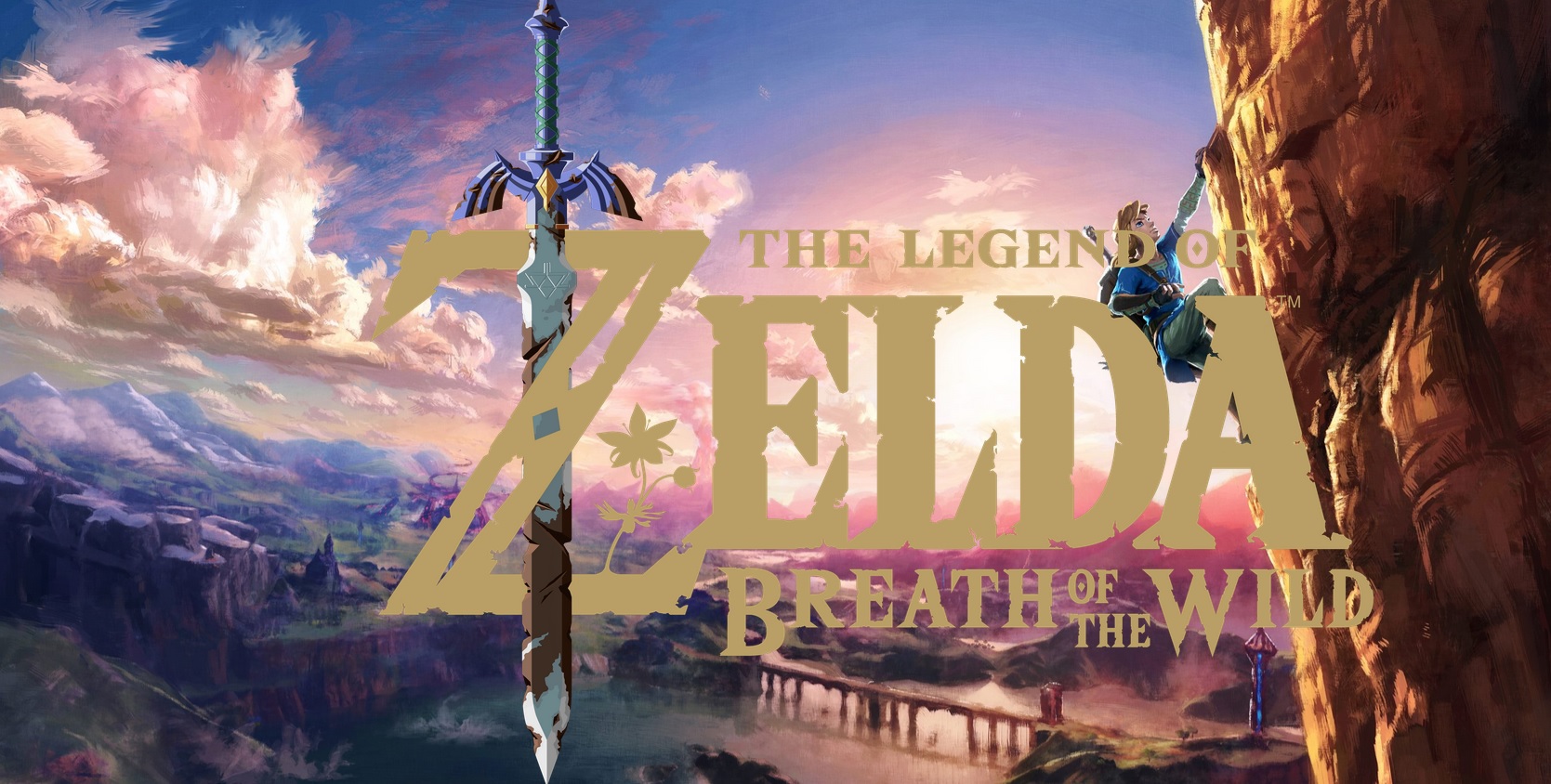 In The Legend of Zelda Breath of the Wild, you can go anywhere at any time. You can fight the final boss the minute you get off the Plateau. You can take on the Divine Beasts and story quests in any order. Heck, even stables of the Zelda series like the Master Sword can be skipped altogether.

And that makes it quite tough to really mess up too. I mean, how can you mess up? Everything you can do in the game can be worked around or ignored when necessary.

There’s no way to make the game unwinnable.

Because as I found out earlier, there are indeed three ways to completely destroy a save file in Breath of the Wild. They’re absolutely batshit insane ways yes, and they’re never going to occur to 99% of people playing the game.

But for those who are curious (or want to screw over a friend, family member or video game store), well here you go. Here are three ways to render your Breath of the Wild save files completely unusable.

1. Escape the Final Boss Battle Then Save on a Divine Beast

Starting with the first of two tricky sequence breaks involving the final boss glitch. How does it work?

Well, basically, you can escape the battle with Dark Beast Ganon by taking a horse to the wall of light outside the arena and getting off while the horse is trotting along. This puts Link outside the barrier with no easy way to get back inside. 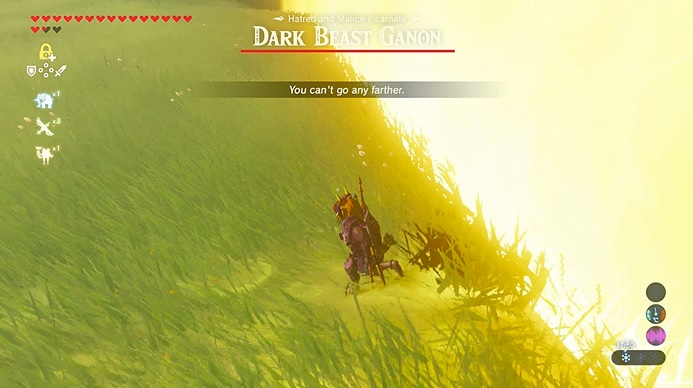 However, this state also has a severe problem.

To put it simply, you can’t save or teleport at will. Instead, you have to go to Lurelin Village, attempt to open one of the treasure chests in the gambling mini game, then end the mini game to reenable saving and teleporting. 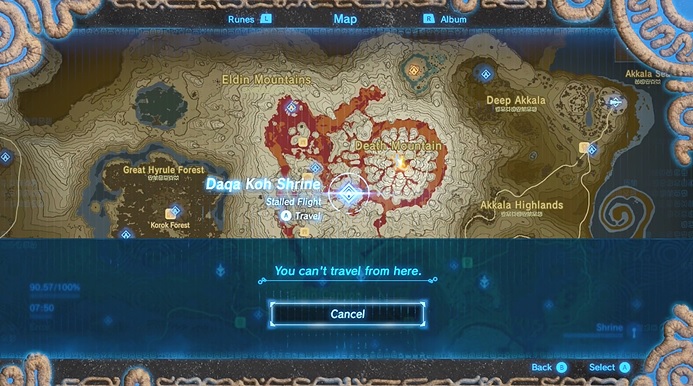 And that’s key to the glitch here.

You can’t exit a Divine Beast dungeon without teleporting or going through a cutscene.

So if you use this ‘final boss escape’ glitch, go to an uncompleted Divine Beast and save the game…

You have pretty much bricked the save file. That’s because the teleport option (and the leave button) do not work when you reload the game. You need to get to Lurelin Village to reactivate the features.

You’re screwed. Your save file is now virtually unusable, since you have no way of leaving the Divine Beast.

And to add insult of injury, that even applies to the boss terminal and entry pad too. Because thanks to another glitchy effect of the ‘final boss world’ state, neither are loaded when the glitch is active.

Now admittedly, you could revert to an older backup. That’s certainly possible if you’re not careful.

But if you were ‘smart’ enough to overwrite them with auto saves taken on the Divine Beast, then you’ve absolutely wrecked the save file with no way to recover it. How frustrating!

2. Escape the Final Boss Battle Then Save Out of Bounds

Still, what if you don’t have at least one Divine Beast not completed? Is there a way to screw up your save file with the same glitch then?

Yes there is. And it’s ludicrously simple too.

Just save the game while out of bounds in said state. If you do, you won’t be teleport out when you reload the save file, permanently ruining it and requiring the file to be deleted and started over. It’s that simple. 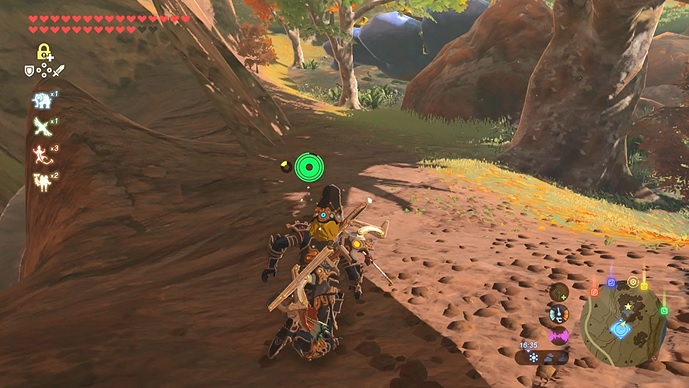 However, it’s not just tricks with the final boss battle that can wreck your save file.

3. Fill Up Your Whole Inventory With Wild Outfits Via the Dupe Glitch

Nope, it’s also possible to screw up your file with the new item duplication glitch as well.

But… there’s a catch.

You need all 120 shrines first, to unlock the ‘Wild’ set.

That’s because in Breath of the Wild, you cannot sell certain armour or clothing pieces. These pieces are:

To do the trick mentioned though, you need an armour set/piece that respawns with the duplication glitch. The only valid option there is the Wild set.

So here’s how it all works.

First of all, make sure you haven’t entered the Divine Beast Vah Ruta yet. Yes, you can get all 120 shrines before that point, don’t worry.

Then, activate the item duplication glitch. If you can’t remember how to do that, you activate it by entering the Trial of the Sword, warping to a Divine Beast then leaving.

Now head to the Forgotten Temple. If you’ve beaten all 120 shrines, you’ll see three treasure chests with pieces of the Wild set in. 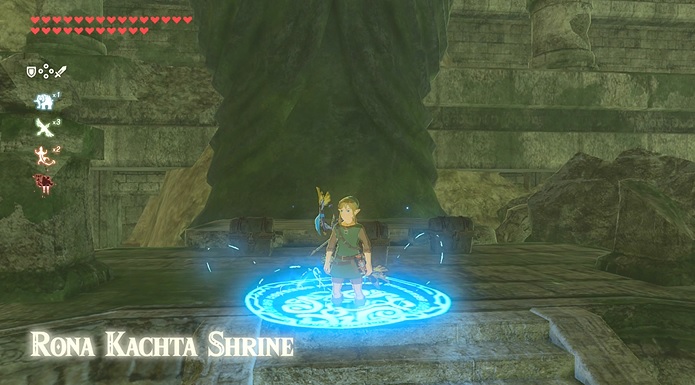 Get them, set the Travel Medallion and warp back. Eventually, you’ll fill all spaces in your inventory. 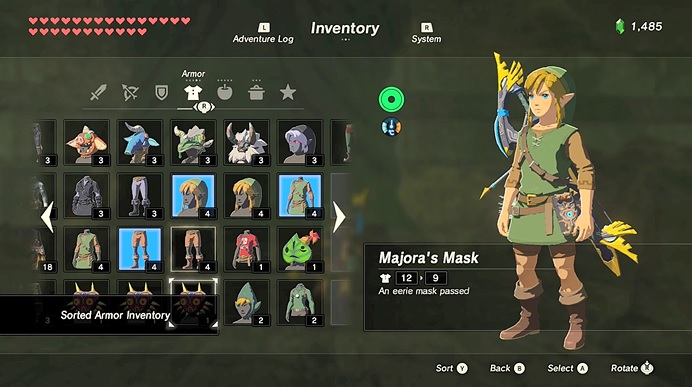 Go to any shop in the game and sell every piece of armour/clothing that can be sold.
Return to the Forgotten Temple. Keep collecting the Wild set.

Once you’ve filled all 100 slots with unsellable armour, you’ve done it. You have absolutely and utterly broken your save file.

Problem is, because the Wild set can’t be sold, you can’t sell any of it to make room for the Zora Armour, so you have pretty much hard locked yourself out of the Divine Beast Vah Ruta main quest altogether.

In addition to this, you’ve also potentially made Divine Beast Vah Rudania virtually impossible, since you have no room for fireproof armour in your inventory. Good luck there. Especially given how even stepping into the North Mine will require chugging fireproof elixirs like a man possessed.

Finally, while you’ve already cleared Vah Medoh and Vah Nabooris for this (since said shrine quests need them cleared), you now have no way back into Gerudo Town either. Cause hey, you can’t buy the necessary Gerudo clothes to get in, and have no way to get the Sand or Snow Boots either.

In other words, your options are drastically limited at best. Talk about making a dog’s dinner of your whole adventure!

And that’s how to make the Legend of Zelda Breath of the Wild completely unwinnable. Is it likely to happen? No, especially not by accident. You have to be really trying to mess up the game via the methods mentioned above.

But it is possible, and it’s interesting to think about none the less.

So if you’re totally bored with Breath of the Wild (or have an annoying friend or family member to screw over), give ‘em a shot. It’ll at least be a bit more interesting than aimlessly helping the same NPCs all day. Or whatever else you do with a completed save file.