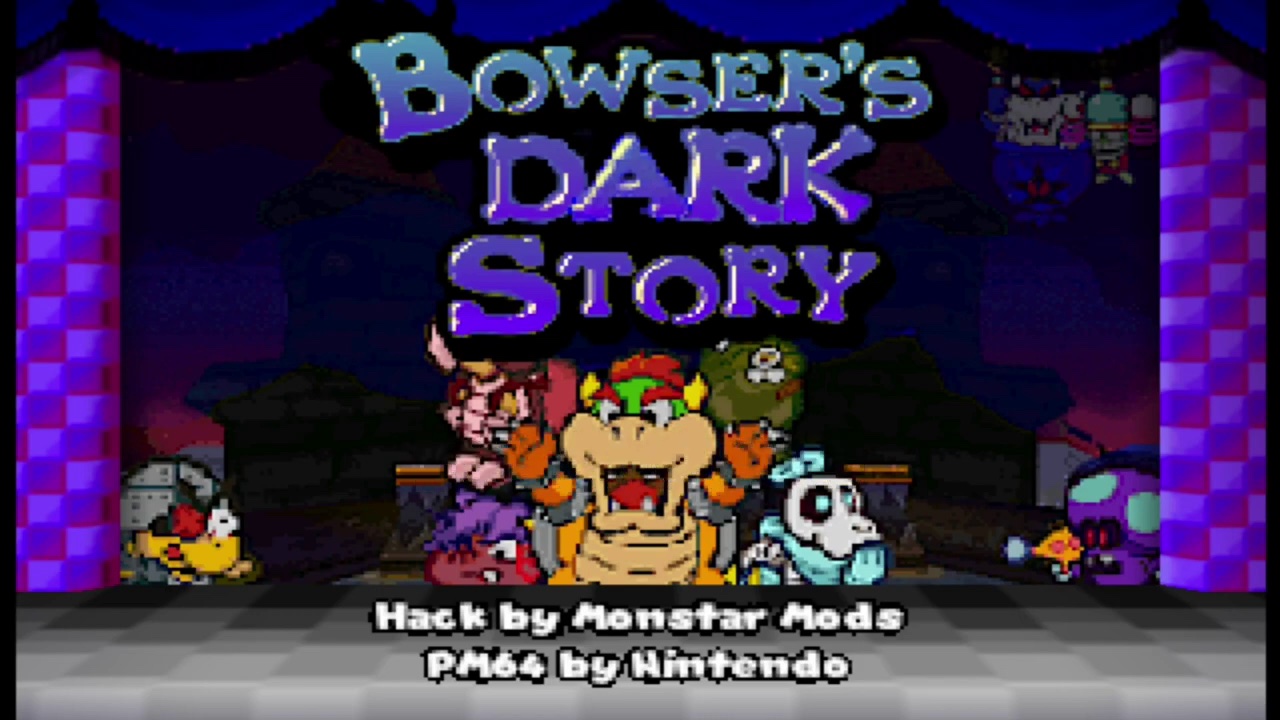 When it comes to Paper Mario modding, the community has grown by leaps and bounds in its early years. From hard mode mods like Master Quest and Black Pit to crazier stuff like Paper Mario Party and TTYD64, the community has been working on all kinds of crazy mods and hacks based on just about every game in the series.

And one of the best examples of this is a rather interesting mod called Bowser’s Dark Story. Based on Mario & Luigi: Bowser’s Inside Story and featuring Bowser as the main protagonist, the game has you try to get the castle and kingdom back from Fawful and Dark Bowser, having already taken it from Peach and her minions many years before.

Here’s a video showing the bosses in the first demo:

As you can see, it already looks insane based on the first demo alone. You’ve got Bowser as a main character complete with unique attacks based on those in Mario & Luigi: Bowser’s Inside Story. You’ve got partners based on the original Paper Mario ones, but with very different designs and characteristics.

Plus a ton of new enemies and bosses based on the Mario & Luigi series. These include Shroobs from Mario & Luigi: Partners in Time, the 1337 Hammer Bros from the same game, Midbus from Bowser’s Inside Story and even Fawful himself as one of the main antagonists. It’s an awesome setup, and one which we’re sure many Mario RPG fans should be very happy to see.

Because the series would certainly be more interesting if they did. Instead of an endless array of identical Toads and generic minions, imagine seeing the species from Odyssey’s kingdoms, the villain from the Mario & Luigi series or the ghosts from the Last Resort show up? Or a few from the lesser known spinoffs, like the Wario Land, WarioWare and Donkey Kong Country series.

Those would be amazing, and really make the series feel more lively and interesting than just the generic Mario cast with a few random extras here and there.

Still, what Nintendo doesn’t do, the fans work on instead. So check out the Monstar Mods channel for even more info about Bowser’s Dark Story via this link…

Then check out the Paper Mario Modding Discord for even more awesome mods for the series!