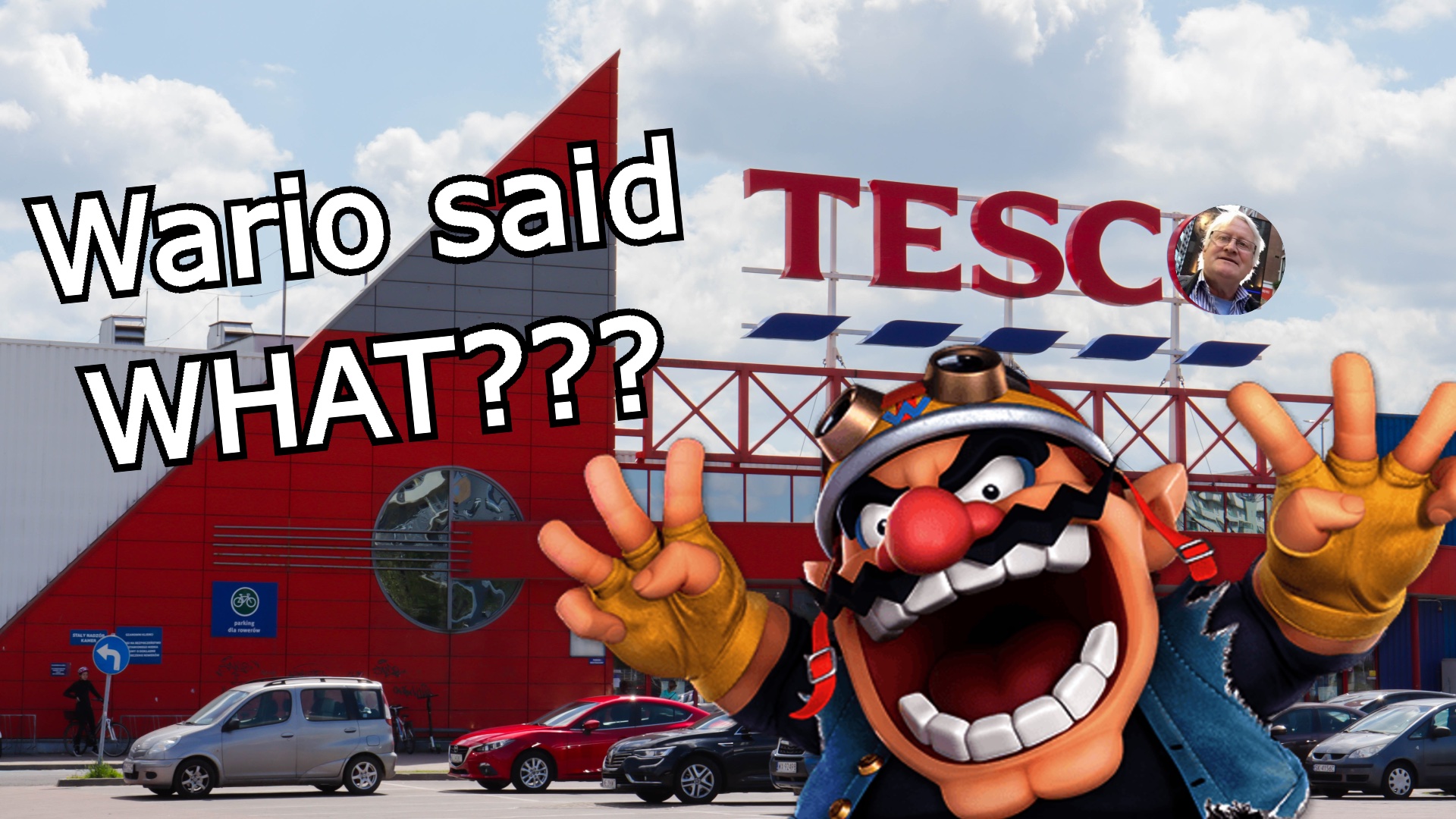 As many people reading this will know, WarioWare Gold was the first major title in the Wario series to feature voice acting for its characters. With the likes of Wario, Mona, Ashley and Jimmy T speaking full lines in their story cutscenes, it was an interesting time for the series, and one of the first steps Nintendo had ever actually taken into having their characters properly ‘speak’ in their games.

Yet did you know this wasn’t the first time it’d happened for Wario? That many years prior to this, Wario had already spoken in full sentences in a UK advertisement for WarioWare DIY?

Yep, while the Americans out there were getting a familiar ad showing a young boy throwing ice cream cones at the ceiling:

Those of us in the UK got a very different ad indeed. Take a look:

As you can see, it features Wario fully describing the game, and even promoting Tesco, a UK brand of supermarket! It’s an intriguing change of pace, and one which seems totally out of character for Nintendo’s marketing team.

And that made us wonder…

Was this really Charles Martinet voicing Wario here? Did his actual voice actor record lines for this random TV ad, despite it only airing in one location in the world (and for a single chain of stores at that)?

Surprisingly, the answer is yes. As our researcher Squishy Pixelz learnt after reaching out to Martinet via email:

Hi Charles, I have an odd question.

So about 12 years ago there was a Tesco advertisement for WarioWare DIY, where Wario says “out Friday at Tesco”. Was it you who voiced Wario in that ad?

The ad in question for reference https://youtu.be/B_p9FPj2Lrw

He was indeed the voice actor for Wario in this commercial, and responsible for promoting the game there:

Thanks for that lovely memory! Yes that was me… What a fun commercial!

So yeah, mystery solved. Nintendo actually got Charles Martinet to voice a full TV commercial for WarioWare DIY as Wario, and had him promote Tesco in his ‘canon’ voice long before his appearance in WarioWare Gold.

Huh, wonder if Tesco exists in Diamond City? Or if Wario actually gets his groceries there?

Regardless, thanks to Squishy for all her work researching this, and thanks to Dom from VideoDojo for providing both the voice clip from the TV ad, plus a bit more information on the commercial in question.

If you found it interesting, share the article. And if you want to see more old school Nintendo mysteries uncovered, let us know in the commments below, on social media, or on our Discord server today!