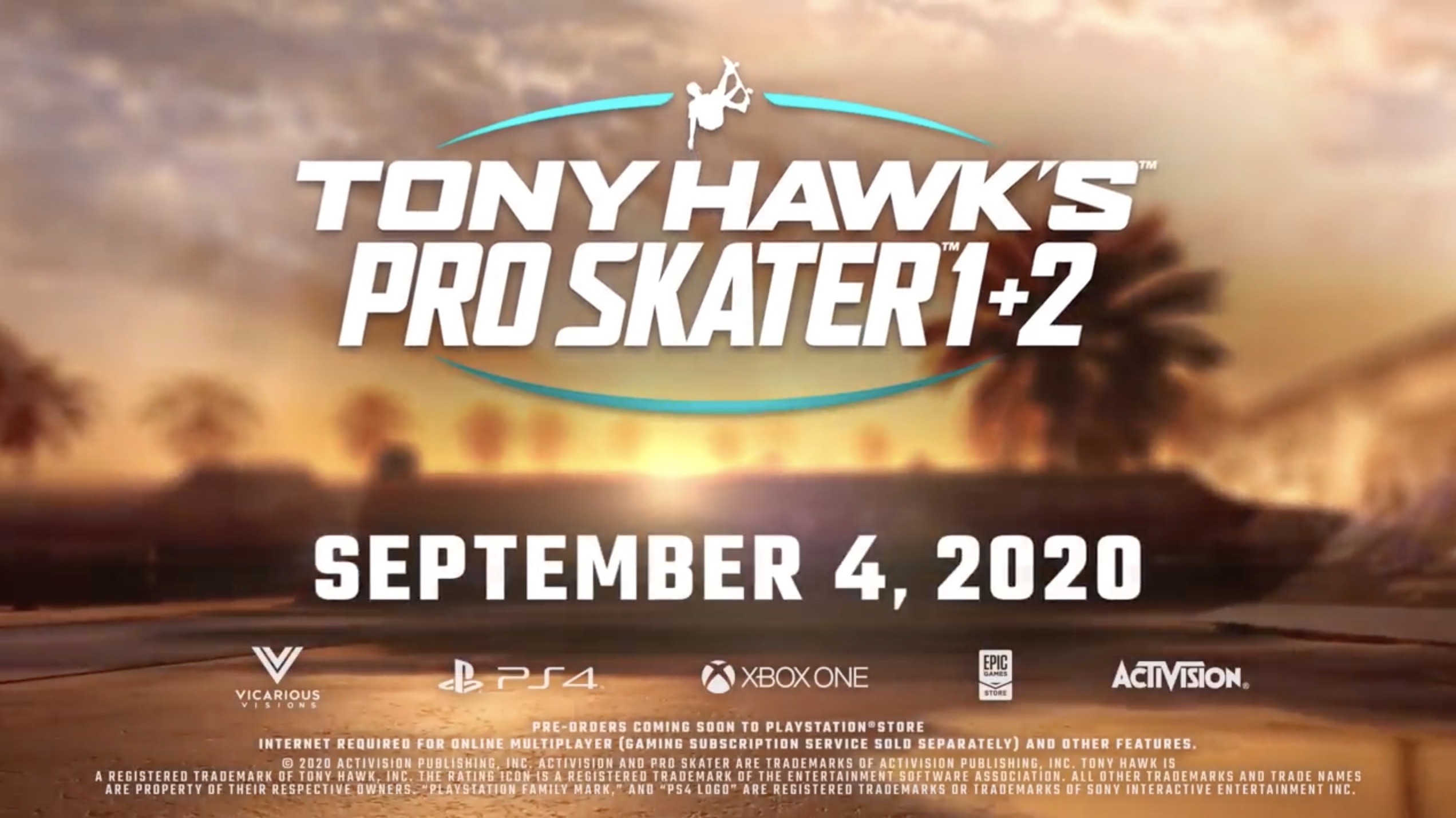 Namely, the PS4, Xbox One and PC. Both games are part of a bundle simply called Tony Hawk’s Pro Skater 1 + 2, which is going to get released on September 4th this year.

As expected, this remaster includes a whole bunch of graphics updates. These include HDR Lighting and 4K support on consoles (and compatible PCs), in addition to updated menus and other interface tweaks meant to make the games easier to use.

But it doesn’t end there no. No, this collection is anything but a mere graphics update, and includes a host of other interesting features and changes too. These include:

Plus various other content updates in future. It’s no surprise really, this remake’s being made by Vicarious Visions. Aka, the team behind Crash Bandicoot N Sane Trilogy, and the people making things like scrapped levels available to the public (Stormy Ascent).

Hence it’s no surprise the game includes a ton of updates and additions here. That’s just the team’s style.

However, there’s one omission here that baffles us none the less. Namely, the complete lack of a Nintendo Switch version.

Yep, as the console list above shows, the game is seemingly headed to every console except the Switch.

And that just confuses us overall. The core of the game could easily work on the Switch in one form or another, and the developer behind it managed to get their previous remake working fine on the system too.

So it seems strange a Switch version hasn’t been confirmed here. Perhaps it’s something they plan to announce at a later date, like in a Nintendo Direct later this year.

Or perhaps they’re looking for help porting the game over further down the line.

Regardless, check out the trailer for the title below:

Then tell us what you think about the remake in the comments below or on the Gaming Latest forums today!