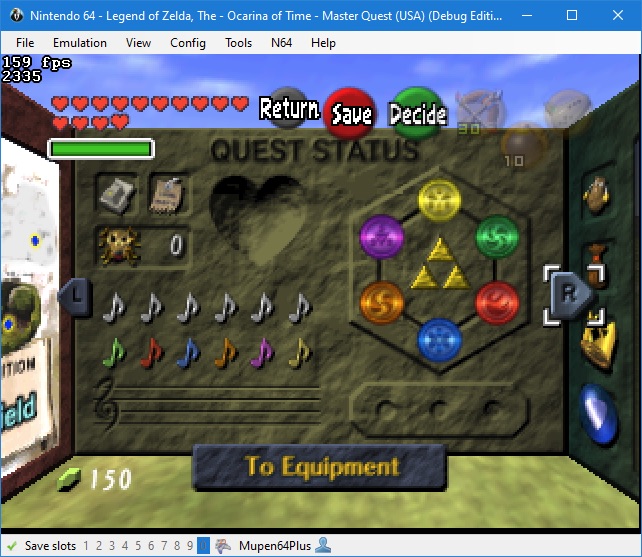 For many years, people have fruitlessly looked for the Triforce in the Legend of Zelda Ocarina of Time. They’ve thrown bombs in the lava under Ganon’s Tower. Tried riding a pink cow to the Sky Temple. Searched for the mysteries of the desert pyramid and unicon fountation, both of which were places the Triforce was meant to lay.

But nothing worked. There was no way to get the Triforce in the game, no matter how many times you beat the final boss or how many secret passages you looked for across Hyrule.

What’s more, there wasn’t even originally any evidence you were ever meant to get it either. Nothing was found in the files hinting that the Triforce could be collected, and there are no unused rooms lurking around with it as an item either. Hence like Luigi in Super Mario 64 and the PokeGods in Pokemon Red and Blue, legends of the Triforce in Ocarina of Time were seen as just that; legends.

However, it seems things may have now changed. Why? Because like with Luigi in Super Mario 64, it seems dataminers may have now found concrete evidence that the Triforce was indeed meant to be collectable in Ocarina of Time. Here are some of MrCheeze’s posts on Twitter about it:

For those of you keeping score at home:

The icons for the six medallions here are internally named "h_24_seal_1-6"… but sitting leftover in another folder is another image, "h_32_seal_7".

Open it up and you get… a Triforce that fits perfectly on the Quest Status screen! pic.twitter.com/npkvDmUDYn

As you can tell, it all revolves around a mysterious file called h_32_seal_7. This file (which shares its name format with the medallions) appears to be a picture of the Triforce, which would slot perfectly into the empty space in the status screen:

This heavily implies that you once meant to collect the Triforce after getting the medallions, and almost confirms that the mysterious Triforce shaped space was indeed a space to display the collected Triforce. It’s not absolutely proven (since the icon didn’t come with colour data), but it’s more likely than ever.

But that’s all it shows.

We don’t have any evidence of the item in the game itself, nor of a room or event that would lead to the player collecting it. Hence we have no idea how you’d get the Triforce. Perhaps it’d be through a sidequest, perhaps it’d be a dungeon item, or perhaps it’d be found in some other random way altogether.

And it’s not in the code for the final version of the game either.

No, it’s in a version found in the recent gigaleak. This means it was scrapped long before the game ever hit shelves. It’s unknown exactly when that might be, but given the stuff found with ‘beta quest’ codes is still present in the files, we’d guess it happened a good few months before the game went gold.

Still, it’s a huge discovery nonetheless. It confirms that the Triforce was going to be collectible sometime during the game’s development, and proves that this early video clip:

Wasn’t the only time in Ocarina of Time’s history that the Triforce was meant to be in the game.

So yeah, what do you think about it? Are you surprised that there’s evidence for collecting the Triforce in earlier versions of Ocarina of Time? Or that you really were going to fill in the empty gap in the status screen at some point in development?