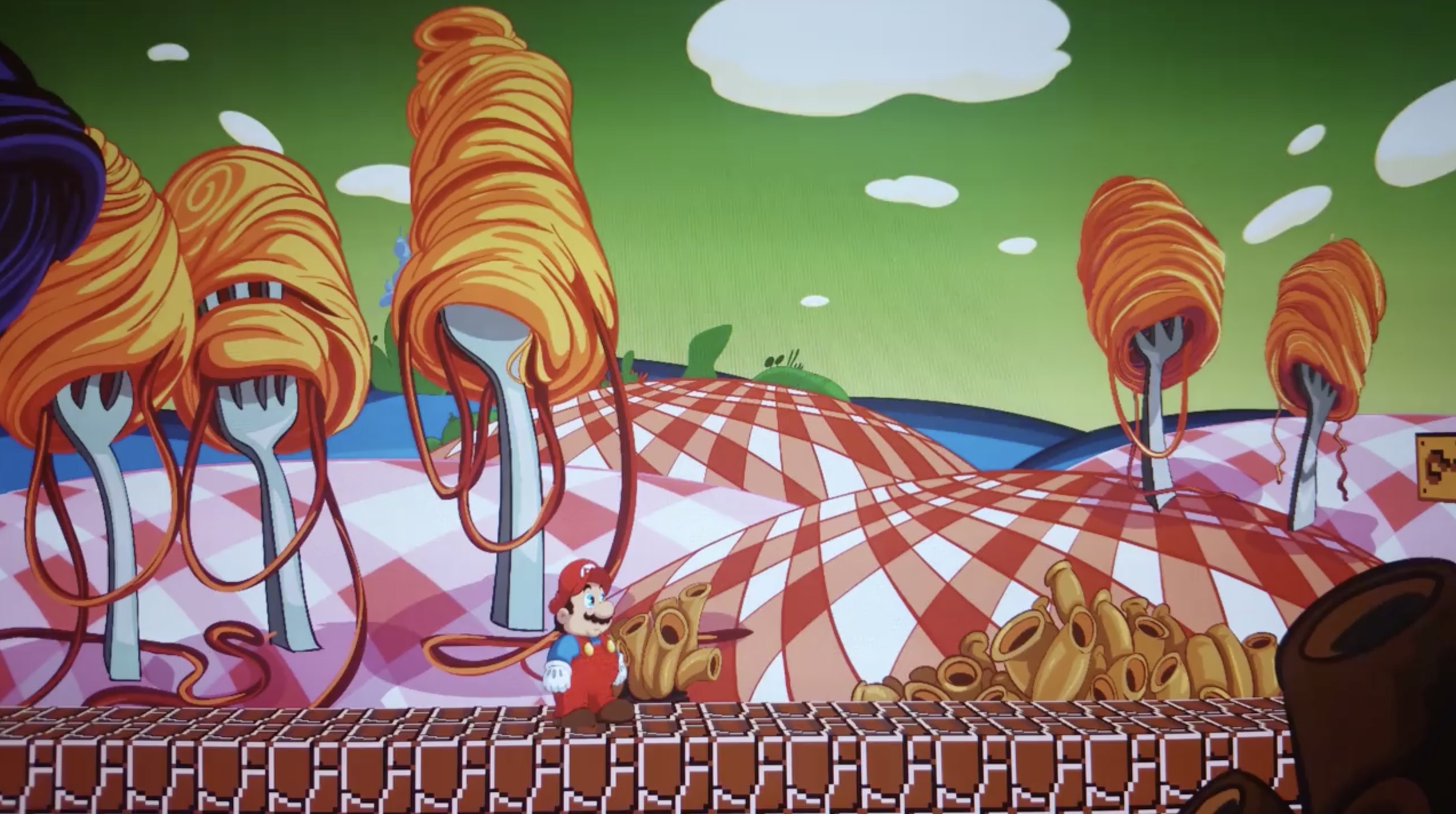 Given the time it was made in, it’s no surprise the Super Mario Bros Super Show takes a few liberties with its source material. After all, the only two main series platformers out at the time were the first two, and the artwork available for characters and enemies was even more limited than that, with only the basic NES sprites (and a few manual artworks) existing to show what most of them were meant to look like.

So DiC took their liberties, filled in the blanks with their own interpretations of the graphics, and turned the basic 8-bit Mario locales of the time into something more suitable for a Saturday morning cartoon.

And it worked pretty well too. Oh sure, the animation wasn’t exactly amazing in terms of quality and there were definitely inconsistencies here and there, but the charm was present through and through, with every episode bringing its own novel take on the Mario formula and how the denizens of its world may have adapted to various typical and atypical settings. 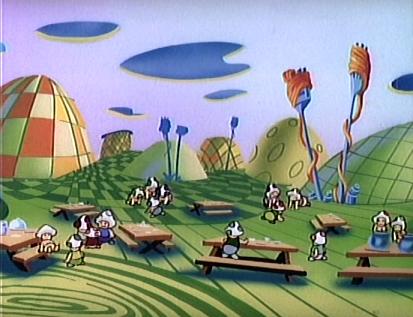 But obviously, Nintendo’s vision quickly diverged from the one shown here, and later games took on a very different style compared to DiC’s efforts.

Yet what if they didn’t?

What would a Mario game with the Super Show’s aesthetics actually be like?

Well, as YouTuber SwankyBox found out, actually pretty interesting. Because as mentioned in the title, a family of Mario fans is indeed making such a game, with their plan being to create a Super Mario Bros 1 style game with the look and feel of the classic cartoon series.

Here’s SwankyBox’s video with a bit more detail on the matter:

As well as a few other videos straight from their YouTube channel:

It looks astounding so far. Indeed, the graphics themselves look almost exactly like the show’s animation frames, with both their movements and general style being incredibly well done for a fan project:

And it’s no surprise either. Oh no, dad Jesus Lopez is actually an animator who worked in the industry, with experience on various popular cartoons like Batman the Brave and the Bold and games like Double Dragon Neon and Shantae Half-Genie Hero. So he’s using his knowledge of the art-form to make a game with an almost professional art style, in a manner almost reminiscent of DuckTales Remastered or what not.

Add to this the whole family situation behind the project (it’s a game designed by an entire family, with dad doing the graphics and his children working on the level design and programming), and it’s an amazing project that really deserves more attention overall. It’s the kind of feel good story that almost feels tailor written for the gaming media.

Yet it’s also a story we feel the media probably shouldn’t be covering. One which the likes of Kotaku, Polygon, IGN and even Nintendo Life would be detrimental to overall.

Because unfortunately, in this day and age, it seems Nintendo have a nasty tendency of going after fan works that get ‘too’ popular. Especially fan games.

Which puts us in a bit of a dilemma here. On the one hand, these projects deserve the attention. They deserve legions of fans cheering on their creators and telling them how good their work looks. That’s how their creators can stay motivated and finish them completely.

Yet at the same time, it’s that attention that’ll probably become their downfall. Hell, we’re even worried this story might stop the game getting finished. It’s not likely true (especially given this site’s lack of popularity right now), but it’s a worry none the less.

Still, it’s a good project, and we definitely believe it deserves more than the paltry amount of attention it’s getting right now.

So check out Lopez’s videos on the Super Mario Bros Super Show game if you’re interested, then tell us what you think of the project in the comments below!