The Nintendo Switch is Heading to Brazil 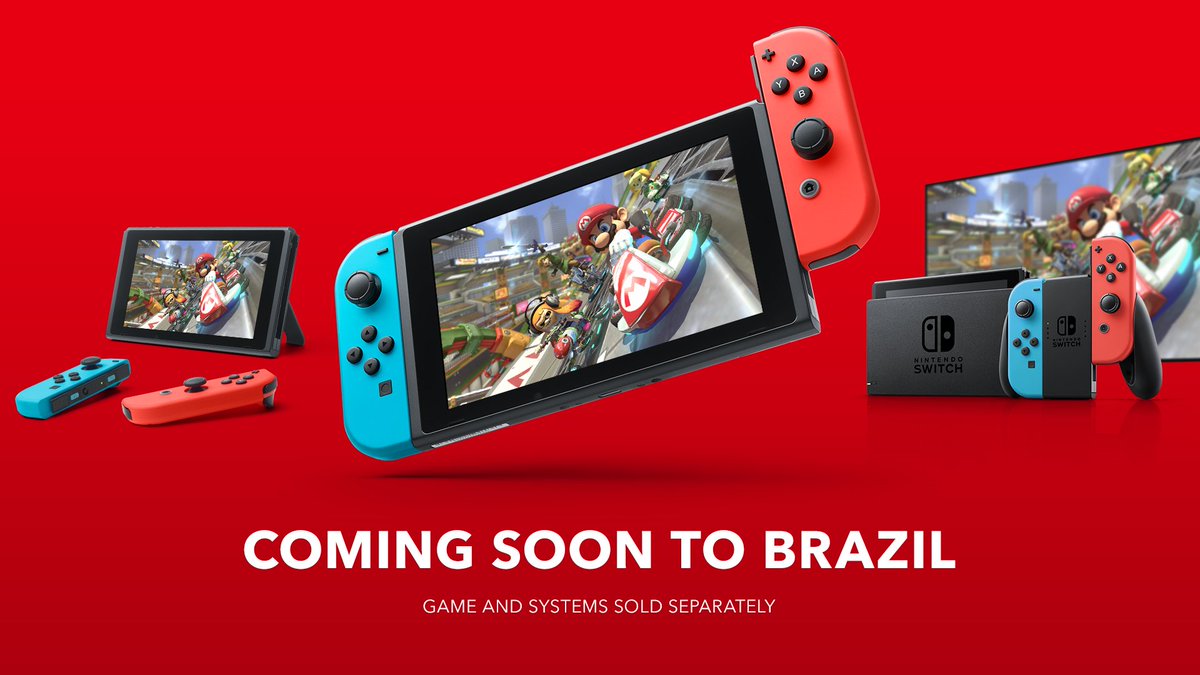 Here’s the announcement about it courtesy of Nintendo on Twitter:

Greetings to all the Brazilian Nintendo fans out there! We’re excited to announce that #NintendoSwitch will be coming soon to Brazil!

As well as Nintendo of America CEO Doug Bowser’s comment on the same:

It’s an interesting reveal really, especially given that Nintendo only withdrew from the region a few years ago. Indeed, back in 2015 the company officially dissolved its partnership with Video Juegos Latinoamérica to distribute their products there, with them stating that high business tariffs and other issues with the loca business environment were the cause.

Which makes us wonder… what changed?

After all, the tariffs haven’t exactly gone down in recent years, and many foreign products are still being taxed at the same ludicrously high rates as ever. And the business environment (which apparently had a lot of pirated games being sold) doesn’t appear to have changed much either.

So it makes us wonder if Nintendo’s learnt from Sony and Microsoft here, and actually started manufacturing consoles for the region in Brazil itself. That would drastically lower the costs for consoles and games, and actually make them practical for people in the area to afford. It’d also potentially reduce piracy too, since game prices might actually be reasonable once more.

However, we don’t know the specifics here. Hence all we can do is wait and see what Nintendo’s strategy is for the country, as well as whether it’ll have any positive effects on prices in the area.

Tell us your thoughts in the comments below or on our Discord server today!