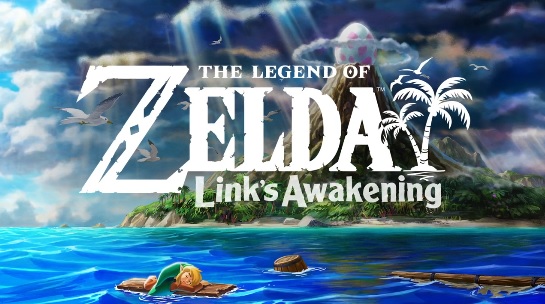 A while back, rumours started spreading that the Legend of Zelda Link’s Awakening was getting a remake. It wasn’t clear what system this was going to be on exactly, but the word was out none the less, with numerous insiders and journalists mentioning that their sources were talking about a remake for the 3DS in the style of Breath of the Wild.

And now, it seems those rumours have finally come to fruition. Because in today’s Nintendo Direct, the company revealed that the game would indeed be getting a remake for the Nintendo Switch.

Here’s the trailer for it from the Direct:

As you can see, it looks pretty damn amazing so far. You’ve got a charming cutscene style based on the artwork of the original game. The title screen has been gorgeously redone in HD, taking the feel of the original to a whole new level.

Plus a charming clay figure esque aesthetic for the main gameplay. It’s a nice change of pace from the realism or cel shading of other Zelda games, and really sets itself apart from other titles in the series.

With the gameplay being another one of these aspects to do so. Because in this remake, it seems the core mechanics and setup of the original has remained intact too. This means the ‘dumbing down’ changes from titles like Majora’s Mask 3D aren’t present, and the game will probably maintain much of the original’s challenge and open ended feel.

It’s also good to know the game’s on Switch too. Yeah, it sounds obvious now, but remember that the rumour mentioned the game was coming to the 3DS. That made people worry the title was a throway Nintendo was releasing on a dying system, with the game getting about as much attention as Tri Force Heroes as a result.

But thankfully that’s not the case, and it’s instead coming to the Switch. Again, nice to see, especially given Nintendo’s unfortunate tendency to treat 2D Zelda games like some sort of side story to boot over to handhelds while the 3D ones get all the limelight.

Either way, it’s coming later this year, with a proper release date due to be announced further down the line.

So what do you think about it? Are you excited to see this game get a remake on Switch?

Tell us your thoughts on the matter (and more) in a comment below or over on the Gaming Latest forums today!