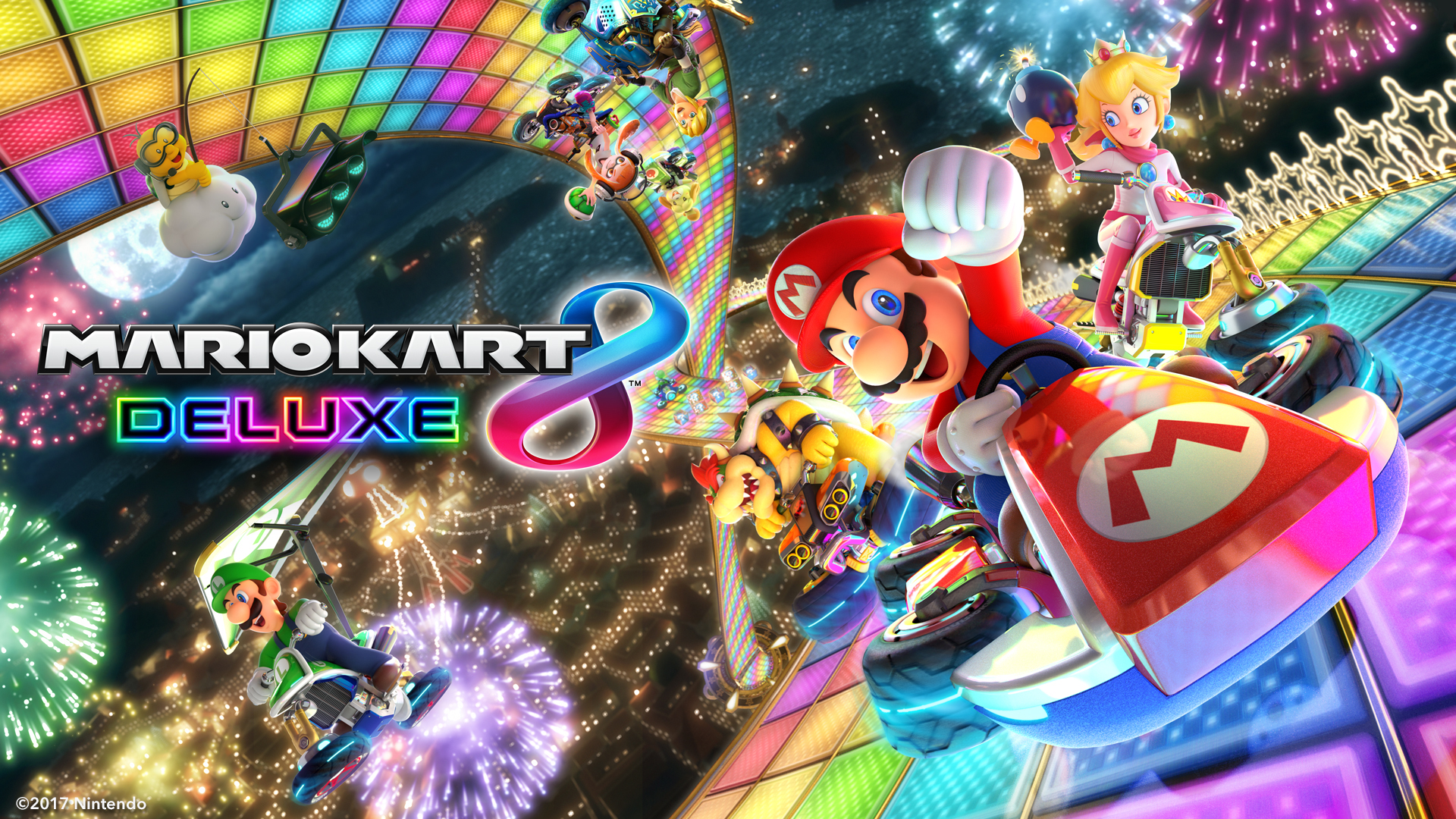 Are you a Mario Kart pro? Think you could defeat dozens of competitors to become champion of our first ever cross community tournament?

If so, you’re in luck. That’s because this Saturday at 8pm, Gaming Reinvented is hosting the first ever cross community Mario Kart 8 Deluxe tournament, featuring players from all over some of the internet’s best gaming forums and communities. In this competition, they’ll all compete for a $200 cash prize in a series of 32 races, with the winner being crowned Mario Kart champion.

Here’s a list of all the communities participating in the event:

Plus as a list of rules for the tournament, taken from the game’s own UI:

As you can see, it’s pretty much everything you’d expect from a tournament like this. The speed is set to 150cc, the item frequency is left as it normally is and all karts and characters are obviously welcome too. Plus if you’re really struggling, smart steering is allowed too. It probably won’t help you win, but hey, it may help you stay on the track slightly longer than you might otherwise.

It’s also worth noting that it’s 8pm BST (British Summer Time), so you’ll need to translate that to your time zone. For ease of use, we’ve added a little table with that time in various other time zones:

So give it a go Mario Kart fans! It’s free to enter, and open to anyone whose a member of either the Gaming Reinvented Discord server, or any of the other communities participating in the event.

Let’s see who really knows how to burn rubber on the race track!

As per the last contest, here are some miscellaneous FAQs for the tournament,

Okay, this sounds good. What do I have to do to enter?

Join one of the communities participating in the event, and copy down the tournament code when it’s posted at around 7:30pm on Saturday. Then, open Mario Kart 8 Deluxe, go online and enter the tournament there to join the room.

Do I need to be a member of the actual community?

Fair enough. Are there any restrictions once I’ve joined one of these communities?

Nope, you just need to be a member. We’ll make sure to approve everyone’s accounts as quickly as possible too, so you should be able to join the voice chat as well.

Yeah, we’re using a Discord voice chat channel to talk about the tournament while it’s in progress. You don’t have to join (and can participate via the associated text channel if you don’t want to), but hey, we’d recommend checking it out.

Are there any restrictions on what I can use in game?

No, all characters, vehicles, items, etc are allowed.

Yeah you can obviously choose those too. Just keep in mind that Mario Kart 8 Deluxe gives you four random track choices to select from per race, and then selects the one used at random from those voted for by everyone involved.

So your choice could certainly come up, but so could that of any one of the other 11 people taking part.

What happens if we get more than 12 participants?

Basically, the more participants we get, the more complex the structure of the tournament becomes. If it’s 12 or under, then we’ll play 32 races, and whoever has the most points at the end wins.

On the other hand, if we get 24 players, then we’ll have two races of 12 players each, with the top 6 from each competing for the grand prize.

And so it goes for every extra 12 players from that point onwards. It’s unlikely we’ll say, reach 120 players and then need about 5 rounds of races, but hey it could happen.

Are all rounds 32 races?

Otherwise the tournament would end up lasting the entire weekend.

What happens if someone quits?

If anyone quits or gets disconnected, they’re disqualified.

Are there rules against cheating?

Of course. Anyone can record or livestream this tournament.

Can I enter this tournament with a friend I know offline?

Yes, you can enter this tournament with 2 players using the same console. However, if they win, you may be asked to provide some information on where to send the prize money.

Is there anyone who can’t enter?

Not really. I personally won’t be playing for a prize for obvious reasons, but anyone else is in with a chance of winning it.

What exactly happens if you do win?

If I personally win, then it goes to whoever got second.

How does the winner receive the prize?

We’ll contact them after the results come in, and send the money via whatever means they have available. If you can try and make sure you’ve got something like a PayPal account to use for this, that would help a ton.

What if I win and decline the prize?

(this will almost certainly never happen)

Can my community enter the tournament as well?

Sure. You don’t have long to contact us about this (since we’ll need a finalised list of participating communities ready by Saturday), but if you want your community to become part of the competition, send us a message via the site contact form, on any social media platform of your choosing, or via Discord.