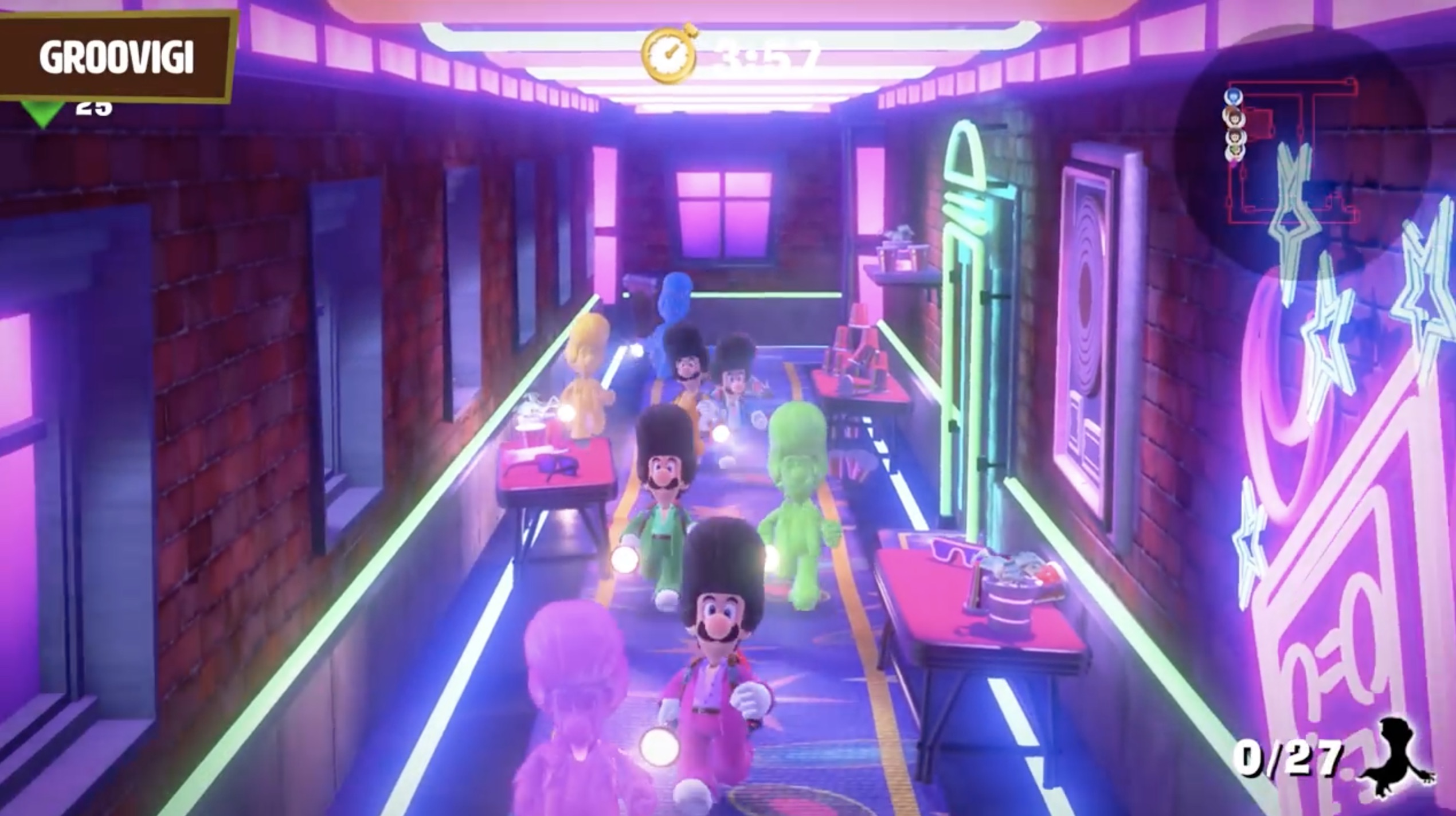 Since apparently Nintendo wanted to give everyone an early present, and revised the release date for the DLC from April 30th to March 4th. Here’s the announcement about it courtesy of their official Twitter account:

As well as trailer showing the new content in action:

As you can see, it’s a pretty extensive update. You’ve got three new ScareScraper themes based on Castle MacFrights, Tomb Suites and The Dance Hall. There are three new ScreamPark mini games called Dodgebrawl, River Bank and Tricky Ghost Hunt). And as expected, there are some new rare ghosts to collect too. These include Sir Goob, Agoobis and Slabhammer among others (no prizes for guessing what ghost types they’re based on).

Oh no, Nintendo and Next Level Games also released a general update for the game too.

One which contains quite a few interesting new features to boot. Like a sound test in E Gadd’s Lab, where you can now listen to any song in the game. Pretty handy given the quality of the game’s soundtrack. Or that even things like ghost capture themes are apparently included in.

It also added a new ScareScraper floor option too. Now you can play 20 floor rounds in addition to the usual 5 and 10 floor ones. Revolutionary? Nah, not really. Dark Moon also included these options, and quite a few more besides.

But they’re nice to see in Luigi’s Mansion 3 none the less, especially given how repetitive the game got with the existing ones. So kudos for them for adding that.

Either way, if you have the game, go check out the updates. They’re certainly sure to breathe new life into this title!