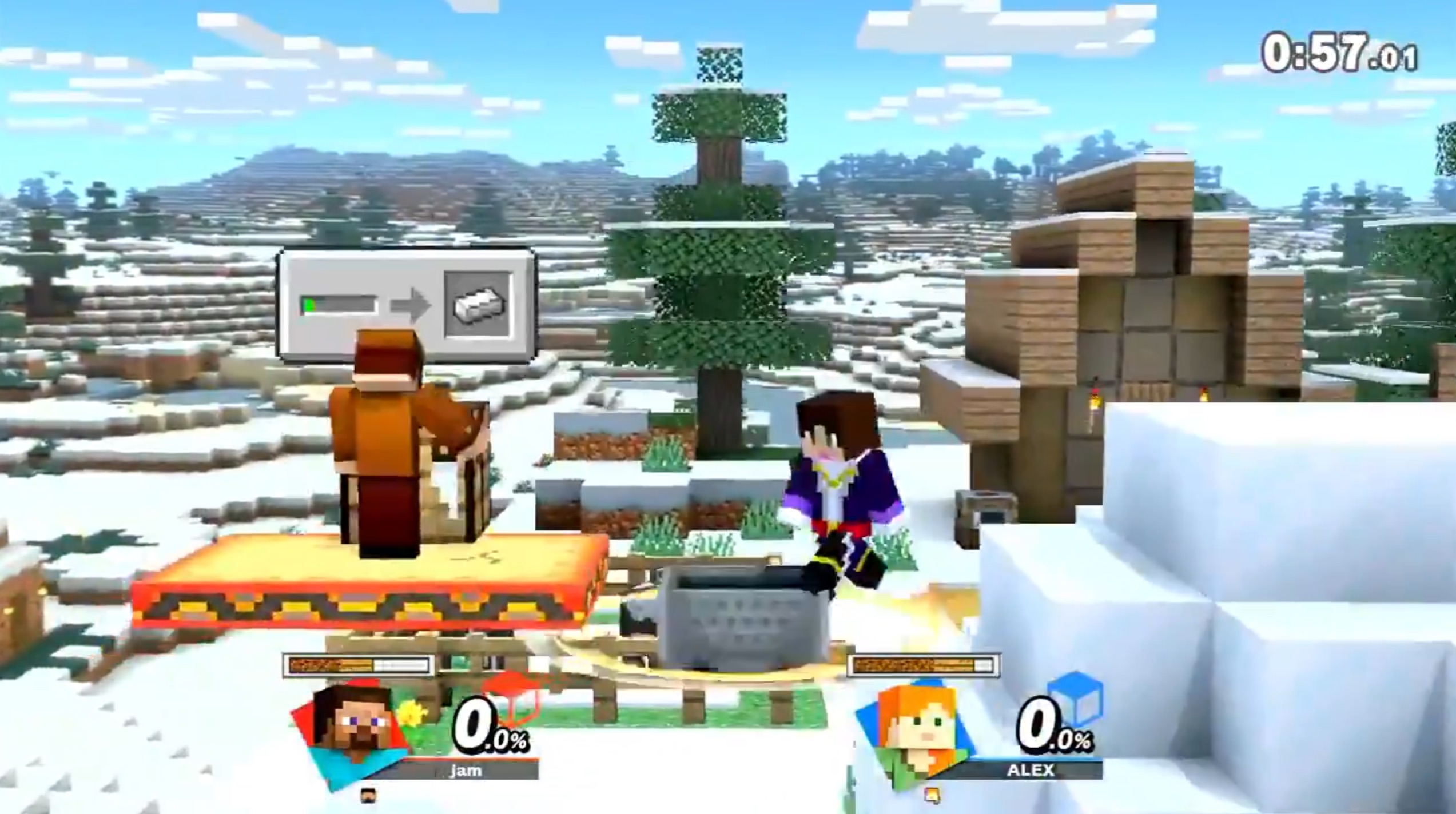 As you know, earlier this month Steve was released as a playable character for Super Smash Bros Ultimate. Included as the second member of the second Fighter Pass, he came with the usual stage, plus numerous new mechanics, spirits, songs and other bits of content taken from his original song.

Plus, various alts based on other characters. These alts let you play as his female counterpart Alex, a zombie and an enderman respectively, complete with altered narration and text to match said characters. They’re neat alternate skins, and like with the Koopalings and Bowser Jr, basically gave you four characters in one.

Yet a new mod by Jam1gamer takes things even further here. Now, you can add a full select menu in game to choose any Minecraft skin you want from the Java version of the game and apply to Steve in Super Smash Bros Ultimate. As a result, now instead of just having the four usually available in game, you can now make him look like any skin ever available for the original game!

I added the ability to download and install your #Minecraft Java skins in #SmashUltimate. All from an in-game menu. pic.twitter.com/4qOdqP9X52

It’s all super impressive really. Indeed, with the UI being thi user friendly, it almost feels like a Nintendo feature, not one added by a third mod.

And that’s incredible given that the mod itself was apparently finished on the same day Steve was added to the game in the first place. So not only are modders able to make Nintendo esque UIs for this game, but get them ready and working within a few hours too, which is absolutely crazy from a game development standpoint.

Either way, you can now play as Steve with any Minecraft skin you want. Just download and install the mod from the link in the tweet below:

Then have fun playing Super Smash Bros Ultimate with your favourite Minecraft characters. It really is that simple!