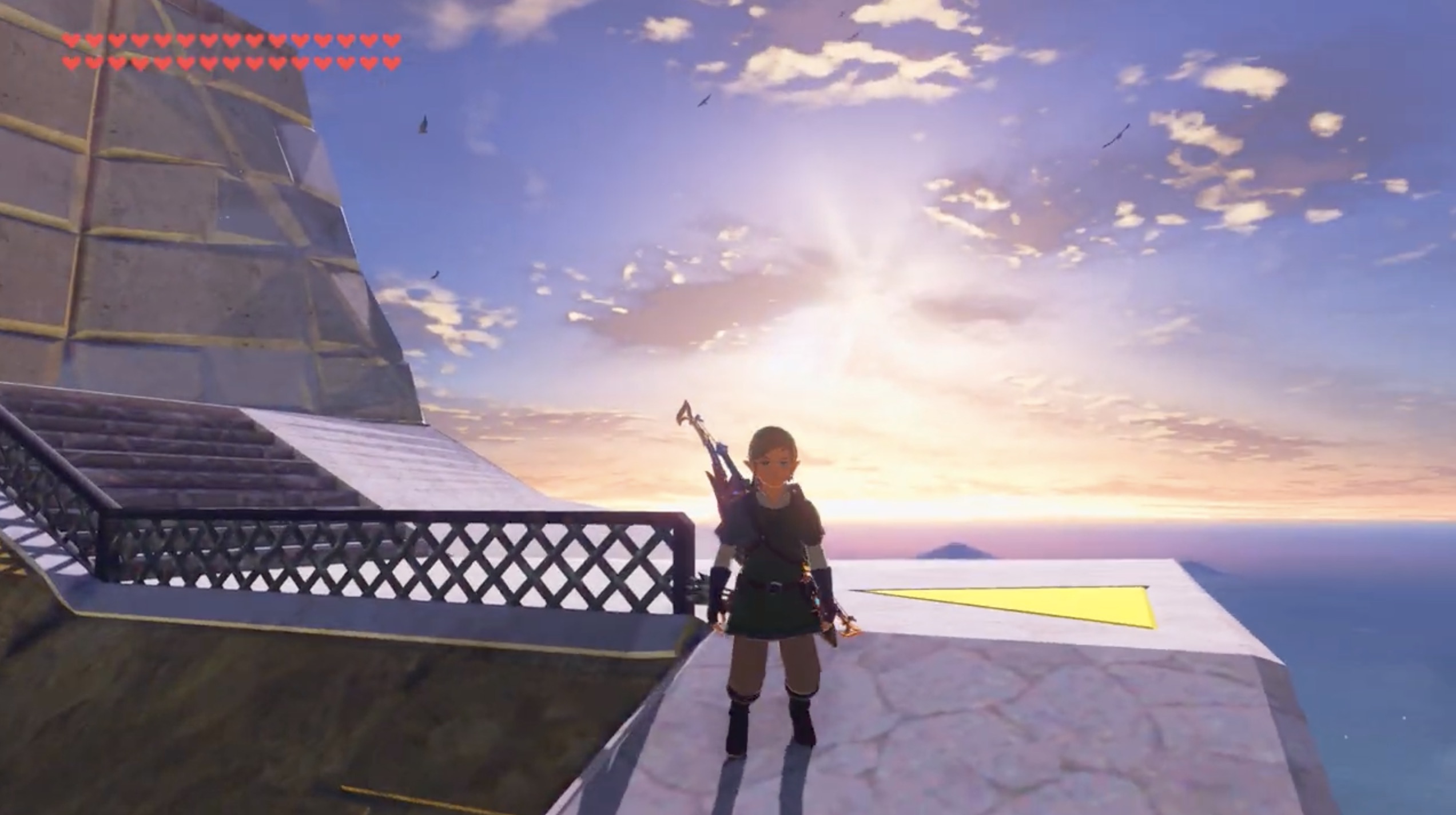 Ever since it’s original release in March 2017, The Legend of Zelda Breath of the Wild has seen its fair share of mods. We’ve gotten wacky character mods, adding characters like Mario, Waluigi, Shrek and Thomas the Tank Engine into the world of Hyrule. We’ve seen new weapons and items added to the game, sometimes with new effects not found in the base one.

And most interestingly of all, we’ve gotten a few custom levels and dungeons too. These are mostly based on areas from other Zelda titles, and reimagine things like the Skyview Temple and Skyloft as Breath of the Wild style dungeons.

But it’s not just Zelda levels getting ported over here. No, it’s Mario ones too, including this Luigi Circuit remake, and today’s level of choice; a full remake of Whomp’s Fortress that’s being ported to the game.

As you can see, it’s still early days here. The fortress lacks enemies and traps for the most part, and the end section where you just fall back to Hyrule below feels a tad anti climatic too.

But what has been added is impressive nonetheless. You’ve got blue rupees which appear when you hit a switch, similar to the blue coins in Super Mario 64. You’ve got red rupees that function like red coins, with the gate to end the level only opening once you’ve found all eight of them (and a counter increasing every time you get one).

And you’ve even got a custom warp actor too, with the level being entered by examining a giant star piece on the cliffs of Laynaru. So there’s a fair bit of work gone into replicating the feel of Super Mario 64 here, and it works really well.

Additionally, it’ll also get better in future too. As the description of the video points out, Waikuteru also wants to add other elements from Super Mario 64 to Breath of the Wild too. These include custom Power Star items which will presumably act like the collectables in Mario 64, plus things like traps and enemies that’ll presumably be based on the ones originally found in Whomp’s Fortress.

Hence if you wanted to see things like the Thwomps, Whomps and Piranha Plants from Mario 64 in Breath of the Wild… well you may well get your wish in future.

Still, what are your thoughts on it so far?

Is it neat to see a level from Super Mario 64 recreated in Breath of the Wild like this? What do you think about experiencing some of Mario’s most iconic locations in Link’s greatest game?

What if Whomp’s Fortress was in Breath of the Wild? [New Mod Reveal] [4K60]