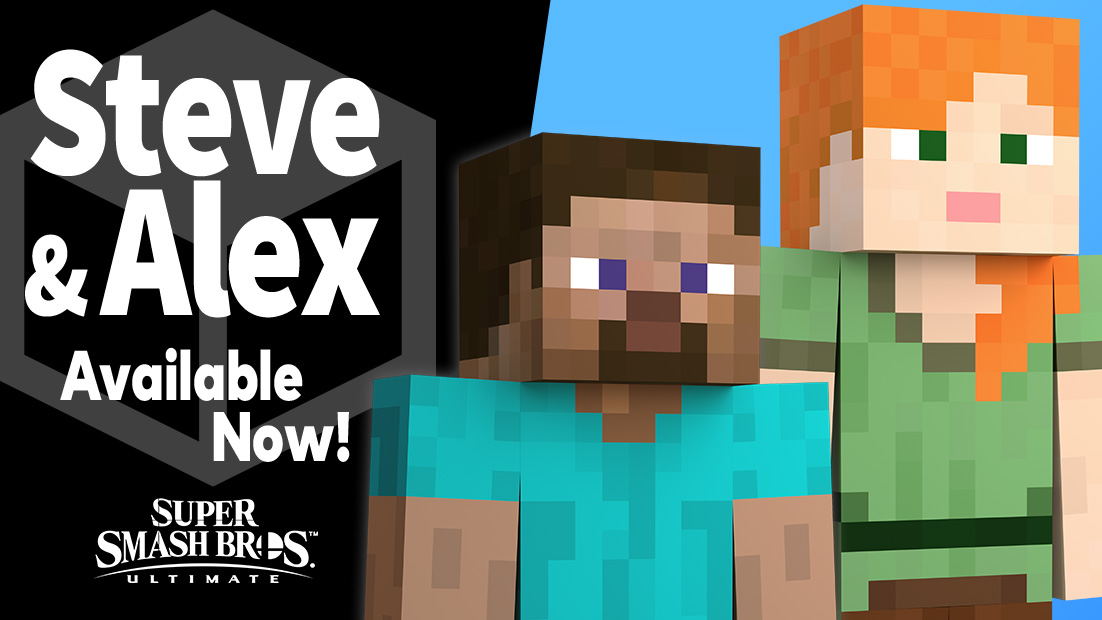 Along with the other two alt characters based on them (the zombie and enderman), plus stages, spirits and other content based on the Minecraft franchise. Here’s the official announcement by Nintendo of America:

Steve & Alex from #Minecraft are now available as paid DLC in Super #SmashBrosUltimate! Think outside the blocks with these creative fighters today!

Available individually or as a part of Fighters Pass Vol. 2. https://t.co/zzqCNj9KCe pic.twitter.com/bjaTbcm88i

As well as a link to where you can get information on all the other changes made in today’s update (version 9.0.0).

So yeah, if you own the Second Fighter Pass and are interested in trying out these Minecraft characters in Super Smash Bros Ultimate, now’s your chance. Update the game, and get playing!