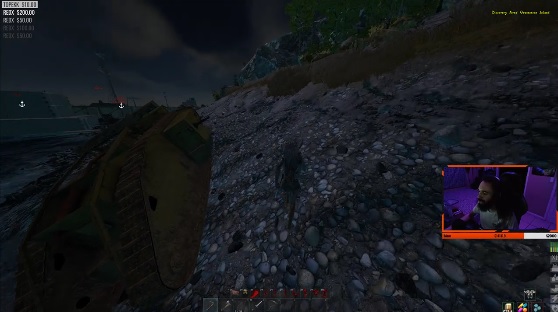 Unfortunately for players, hackers are not a rare thing in online games. Whether it’s MMOs or shooters, racing games or RPGs, even title usually has at least one case of people breaking the rules via either third party devices, compromised admin accounts or general technical tomfoolery.

And usually, the hacks used for this are pretty boring. Infinite items and weapons, aimbots, infinite health; they’re all the usual quick win strats with nothing else going on. Like in those Pokemon videos with hacked stats or movesets, or Mario Kart ones where some idiot is firing about a million Blue Shells a second.

However, the recent hacks affected Grapeshot Games’ pirate MMO Atlas are something else entirely. Why? Because by some crazy ‘miracle’, the hackers managed to get their hands on some weapons that weren’t all too period appropriate.

Namely, World War 2 style tanks and planes! Yep, for whatever reason these existed in the game’s code, either for debug purposes or as remnants of a previous project.

And as these hackers figured out, they were perfectly usable in game against normal players too. So we got boats being dive bombed by aircraft:

Plus tanks being randomly spawned into the world and exploding in the water:

In addition to the somewhat more time appropriate but also crazy instances of giant whales randomly appearing near ships:

Caption: Thanks to BurkeBlack and the subreddit for clips like those.

It was like Armageddon on the high seas, and perhaps the one best example ever of a literal ‘out of context problem’ affecting a video game world. Seriously, this sounds exactly like something you’d see in a ridiculous TV show episode. Or perhaps some sort of weird crossover where your enemy is breaking time and space.

Still, as weird as the events were, their cause was a bit les so. That’s because the reason the hacks happened to begin with were because one of the server admins had their Steam account hacked, which let a group take over and wreak havoc on the game.

So yeah. Apparently reusing the same password across multiple services can cause hackers to derail your pirate game with World War 2 weaponry. Guess this crazy tale even has a crazy moral twist to it too. Talk about real life being like fiction!

Regardless, the servers are now rolled back and everything’s right back as it should be again. Let’s hope it stays that way in future.