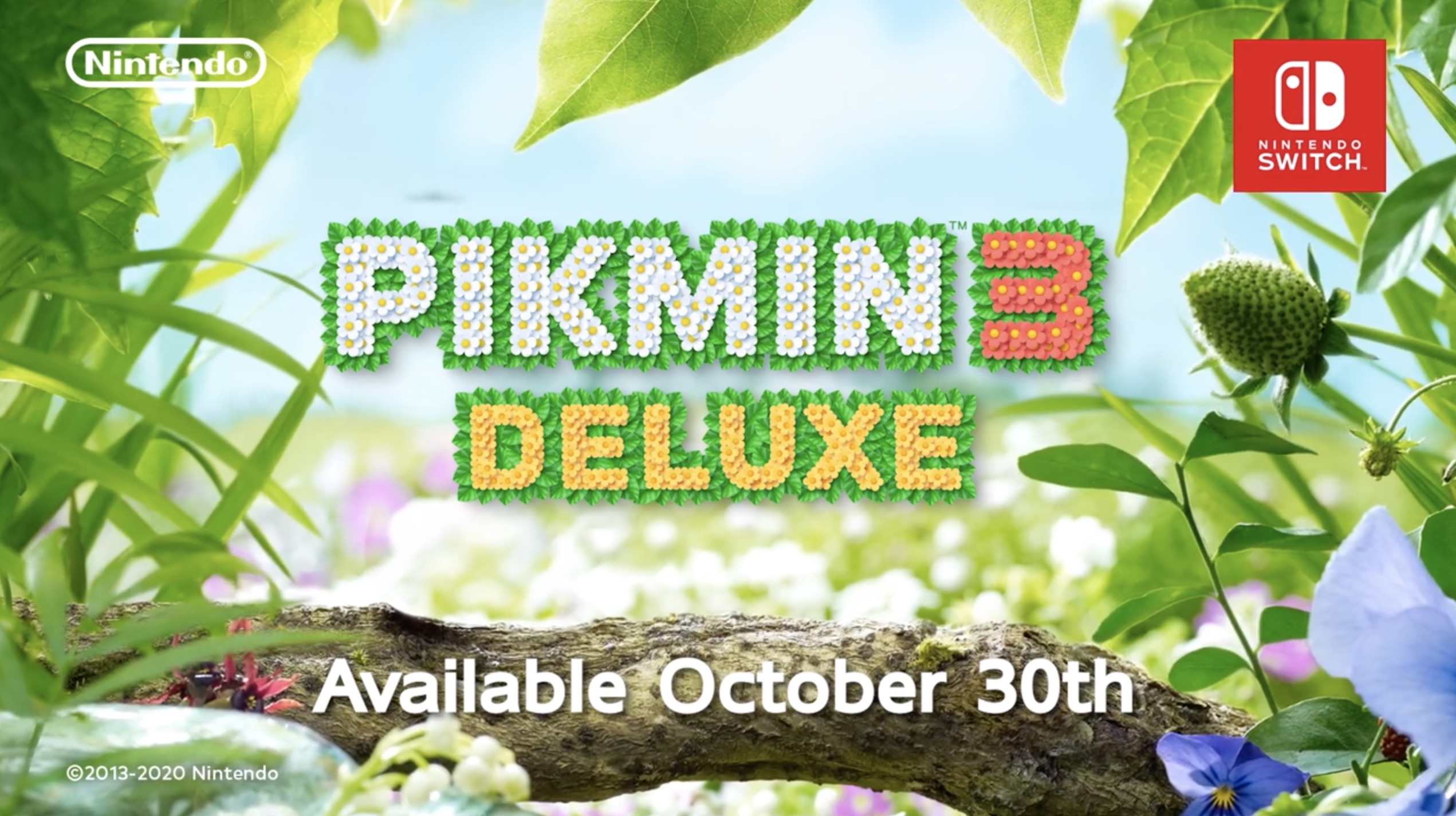 For a while now, fans have wondered what’s happened to the Pikmin series.

After all, things have been quiet on the games front in the last few years. Nothing has been shown for Pikmin 4 since its announcement back in 2017, and the only game since then was a handheld spinoff released for the 3DS later that year.

It’s so bad that people have been left wondering whether the franchise is in development at all.

Fortunately though, it turns out those fears may well be ungrounded. Why? Because out of the blue, a new Pikmin title has been announced for the Nintendo Switch!

Yep, titled Pikmin 3 Deluxe, the game is a HD port/remake of the Wii U game for Nintendo’s flagship system, complete with various extras and a release date of October 30th this year. Here’s the reveal trailer showing more of the game in action:

As you can see, it trends more towards the port end of the spectrum than the remake one, with things mostly seeming to stick close to the original overall. The graphics are mostly the same, the main story content is mostly the same and mechanically it likely plays out much the same too. It’s less of a massive HD remake for a new generation, and more of a definitive edition of the original meant to appeal to a new audience on a much more popular system.

Yet for a game like this, that’s all that it needs, and the new features it does add really do seem like they’ll make it the best version of the game for new fans and players. For one thing, all the original game’s DLC is now included off the bat here, making it cheaper that it’d be if you had to buy all those mission packs separately.

Plus there are various new features and bits of side content too. These include new difficulty settings, the ability to play through the whole game in co-op mode and some new side story missions that can also be played with a friend.

So if you’ve never played the original and need an intro to the. series, this is the ideal place to start. It’s a definitive version of the best game in the series, complete with various new features on a system that’s actually convenient to play.

And that makes us wonder about something. Namely, could this game finally be the title that takes the Pikmin series mainstream?

The Fire Emblem Awakening or Animal Crossing New Horizons of its respective series?

The possibility definitely seems to be there.

After all, the game’s actually being released on a popular system for once. That’s a better deal than the Wii U and 3DS games got, especially in a time where competition is lacking and many Switch owners will likely be left wanting more games to play once the appeal of Animal Crossing New Horizons finally wears off.

Plus it’s a ‘new’ game in a franchise people have been starved of for years. So both new players and longtime fans are certain to check it out, especially if they want to show their support for the series prior to Pikmin 4’s announcement/reveal.

So things are certainly looking hopeful here. Perhaps even enough so that Nintendo might consider revealing that 4th Pikmin game sooner rather than later!

However, what are your thoughts on the game? Are you planning to buy Pikmin 3 Deluxe when it launches later this year? Or are you saving your money for a 4th Pikmin game, whenever that is?