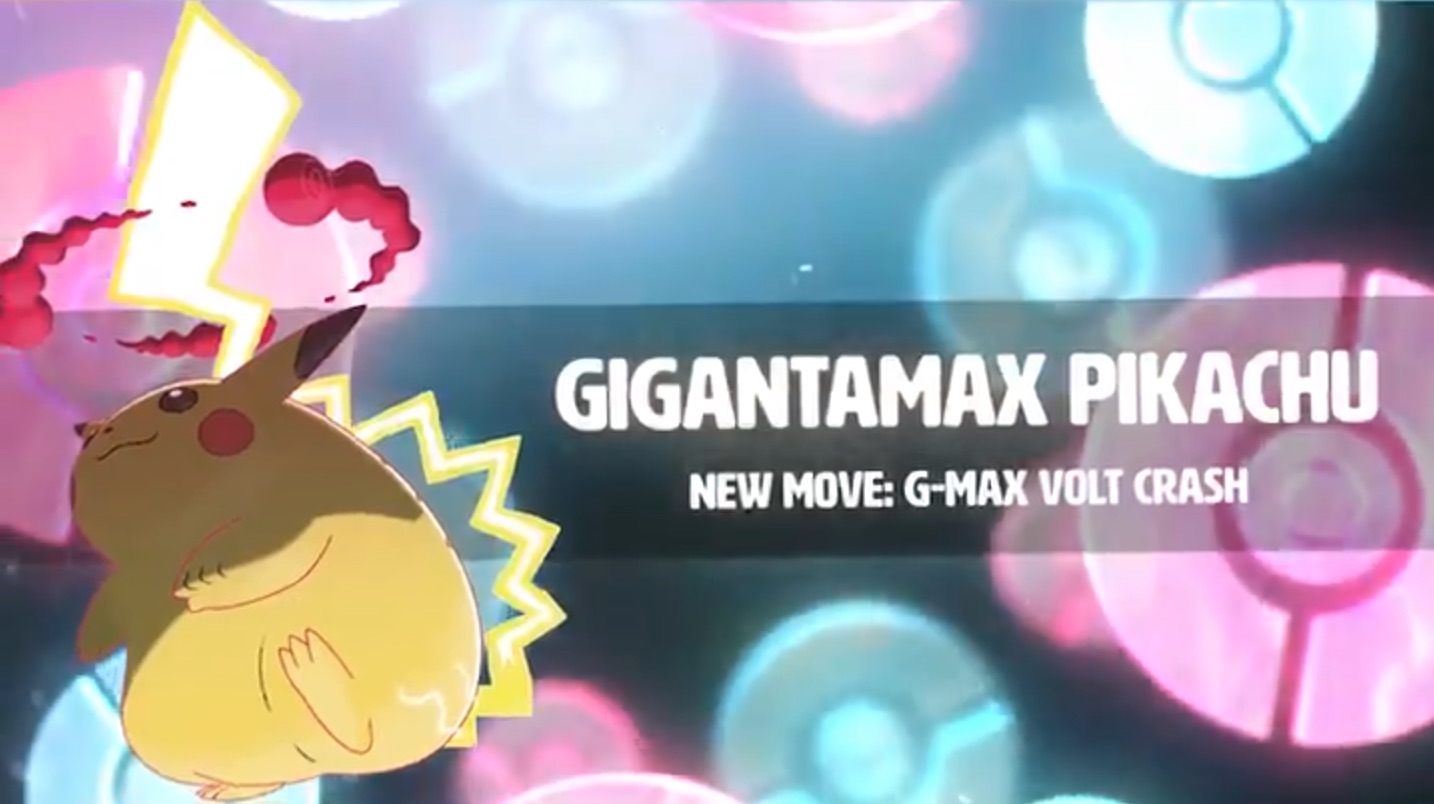 As shown in the latest trailer for the games, which was posted earlier today:

This trailer shows Pikachu, Meowth, Charizard, Butterfree and Eevee with new Gigantamax forms, which turn said familiar Pokemon into kaiju sized monsters and give them new abilities and moves in addition to their updated appearance.

And they’re an interesting bunch to say the least. For instance, Gigantamax Pikachu actually seems to be a callback to the Pikachu designs of yore, sporting a fatter physique that almost seems inspired by its designs in the earlier games: 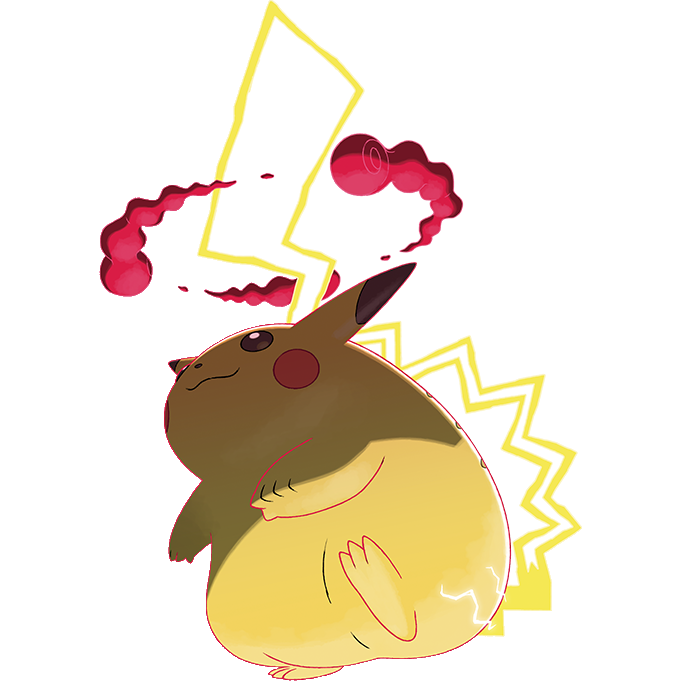 Which makes for an interesting callback for longtime fans of the franchise.

Plus it also seems to make Pikachu significantly more useful in battle too, giving it a unique move called G-Max Volt Crash which paralyses all opponents in addition to doing damage. So the series mascot may actually be competitively viable this time around.

But Pikachu isn’t the only longtime species getting a gigantic upgrade here. No, Eevee and Meowth are getting them too.

And just like the former, their designs change up the basic formula quite a bit too. For instance, Meowth now resembles longcat for whatever reason: 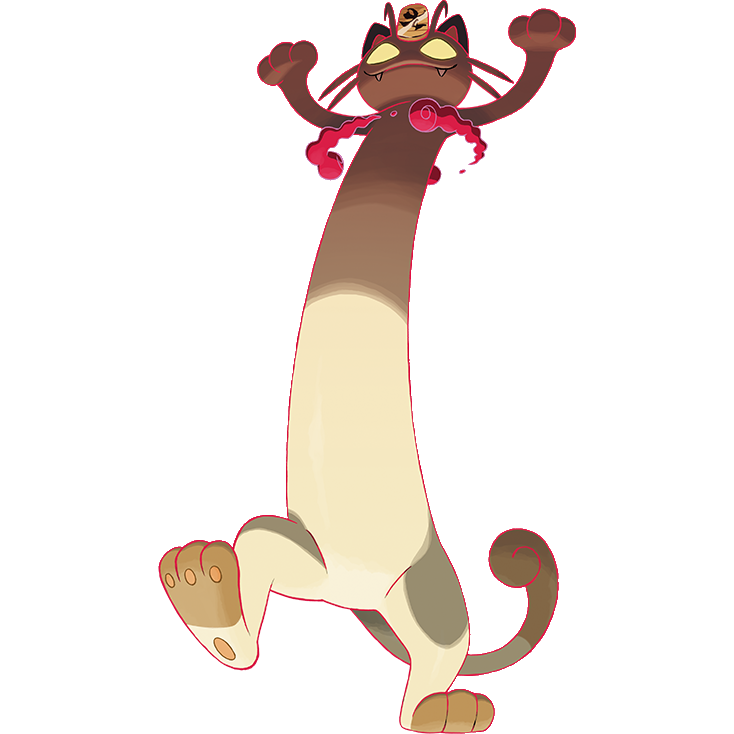 Whereas Eevee is now a huge ball of fluff that apparently crushes it opponents while trying to hug them. 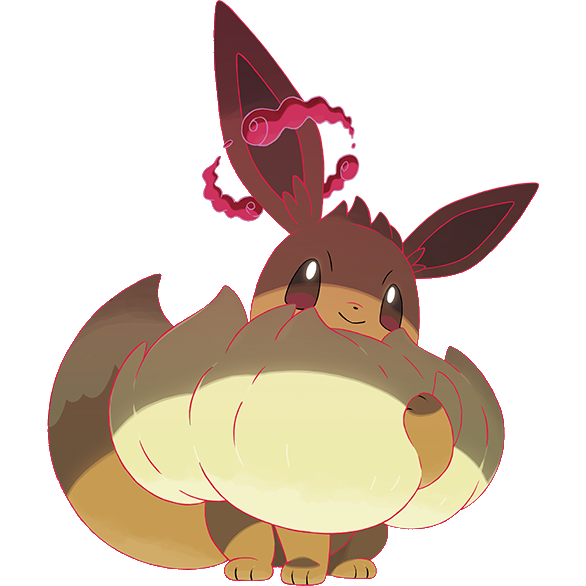 Yeah, this series certainly has something about overpowered Pokemon hurting people with hugs doesn’t it?

Regardless, Eevee and Meowth also have powerful new moves to go with their new forms. Eevee’s is G-Max Cuddle, which both does damage to its opponent and causes it to fall in love with Eevee afterwards…

Whereas Meowth’s is G-Max Gold Rush, which floods the arena with coins and gives you a considerable cash bonus after the battle. Pretty handy don’t you think?

Still, it’s not only unevolved Pokemon getting these special forms here. As Charizard and Butterfree show, fully evolved ones from past region are getting said forms in Pokemon Sword and Shield too.

With both making the Pokemon look significantly more menacing than ever before. For instance, Charizard now has wings hotter than lava, plus a new attack called G-Max Wildfire which does fire damage for four turns after hitting… 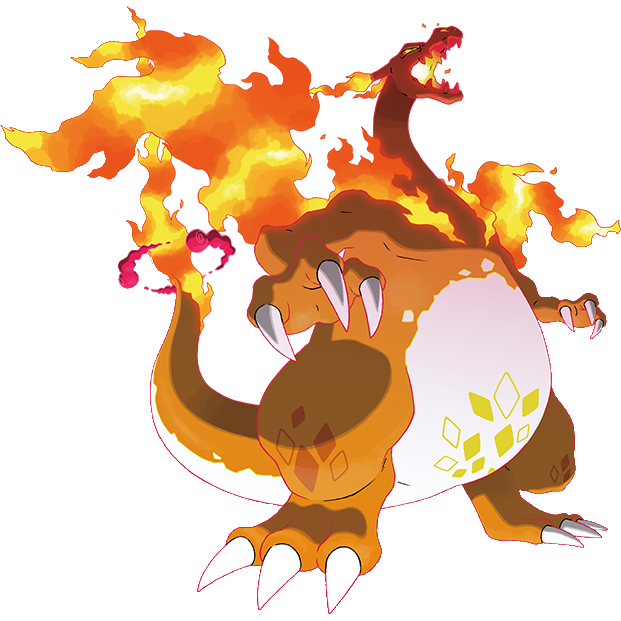 While Butterfree has a G-Max Befuddle move that causes a random status effect after it gets hit. So watch out trainers. Any Pokemon that Butterfree hits will become poisoned, paralysed or fall asleep! 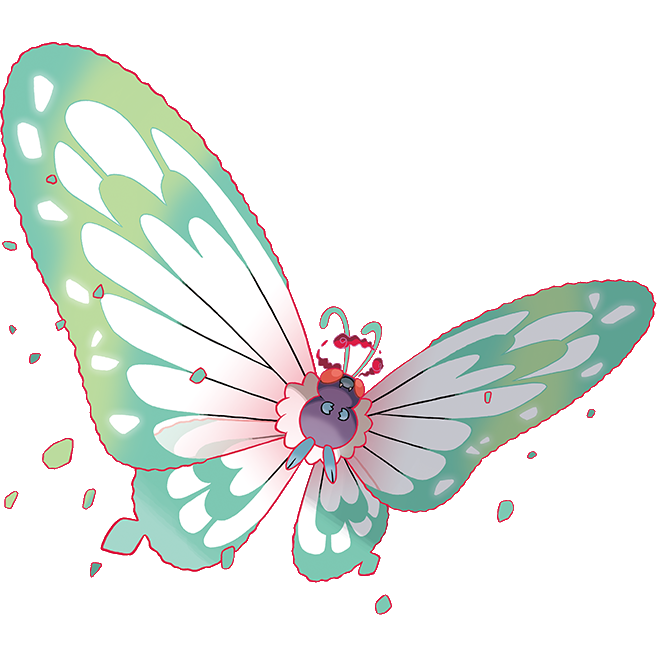 So yeah, the new forms seem pretty useful from an in game perspective. They give the recipent Pokemon new forms, make them look even cooler than before, and empower them with attacks that can inflict all kinds of nasty status effects or provide huge boosts for their trainers.

But are they really necessary? Were these particular Pokemon really the best choices here?

Personally, we’d say no. Pikachu and Eevee already got new forms in Let’s Go Pikachu and Eevee, and those forms alreaady have better stats and moves than their vanilla versions. So seeing a Gigantamax version here seems a tad redundant overall, and feels more like fanservice than anything else.

And the same goes for Charizard as well. It’s a nice upgrade sure, but it’s already got two Mega Evolutions that serve roughly the same purpose. So it may have been better to just bring back Mega Evolutions and keep them around rather than providing yet another replacement for the sake of a gimmick here.

Hence, the first three forms mentioned here feel redundant overall, and seem like yet more generation 1 pandering brought about by questionable design decisions than something truly necessary for their species or the franchise as a whole.

Still, it’s not all bad. Meowth’s alternate forms haven’t exactly been groundbreaking in the past, so one that’s actually half decent in battle is a neat change to see there. And given how badly Butterfree got shafted in the Mega Evolution lottery (in favour of perennial rival Beedrill), it’s nice to see it get some love this time around.

It’s a mixed bag I guess.

Either way, here are the stats for the new forms:

As well as the videos made to promote them:

Electric-type moves used by Gigantamax Pikachu will change to G-Max Volt Crash, which not only deals damage but also paralyzes all opponents!

Normal-type moves used by Gigantamax Eevee will change to G-Max Cuddle, which causes any opponent that is the opposite gender to become infatuated with Eevee!

Normal-type moves used by Gigantamax Meowth will change to G-Max Gold Rush, which deals damage to all opponents and allows you to cash in after the battle.

Bug-type moves used by Gigantamax Butterfree will change to G-Max Befuddle, which scatters scales around opponents, causing them to become poisoned, become paralyzed, or fall asleep!

So check ’em out, then tell us your thoughts on them all.

Are you happy with these new Gigantamax forms and the Pokemon who received them? Which other ones should get the same treatment here?