Pauline Has Been Announced as a Playable Character in Mario Kart Tour! 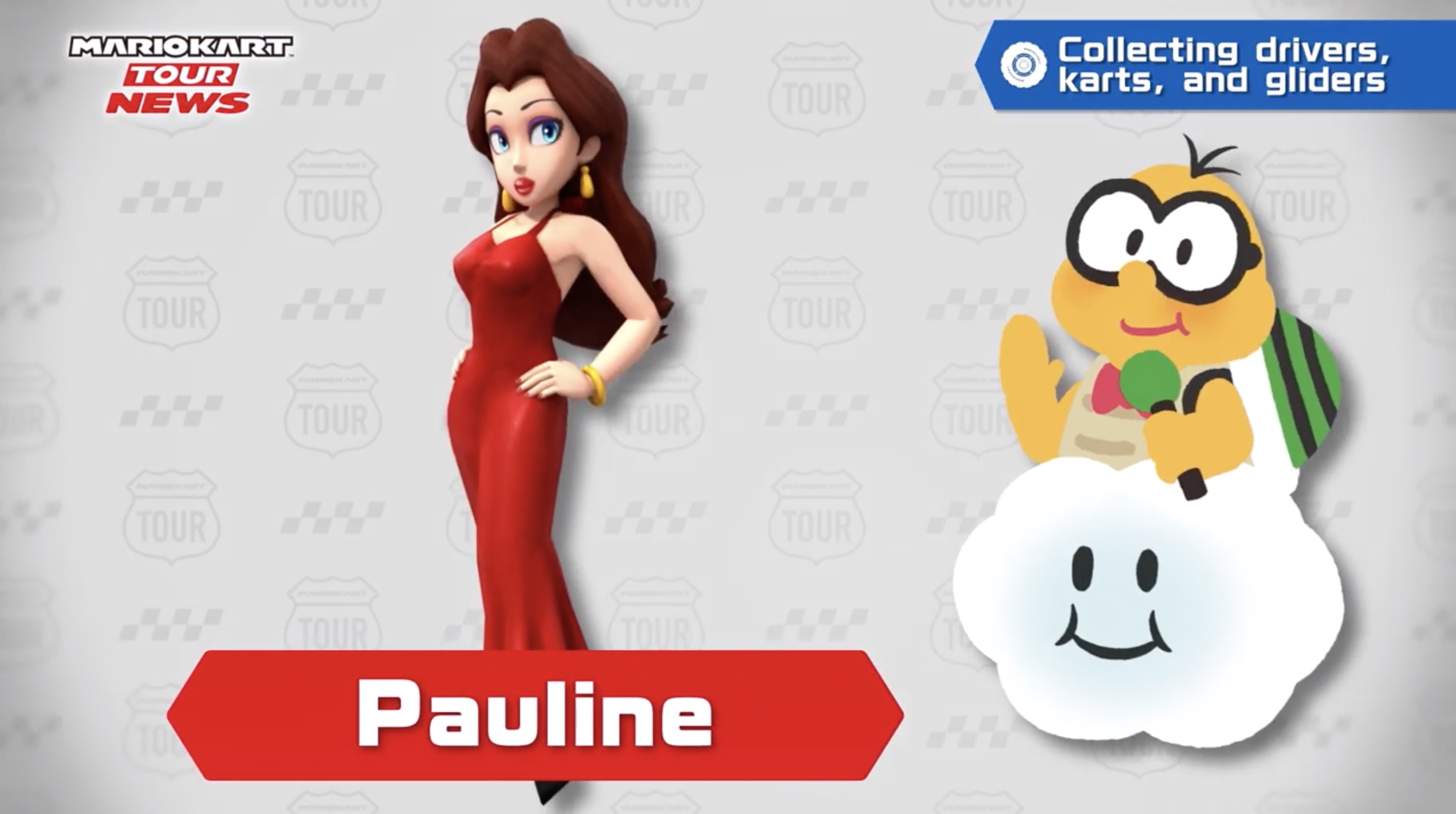 Singing sensation Pauline from Super Mario Odyssey makes her #MarioKart series debut in #MarioKartTour! Set against the dazzling lights of the Big Apple, her performance will surely be one you won't want to miss! Meet this one-up girl on 9/25! pic.twitter.com/ktZI7COcOo

In addition to the latest trailer for the game on YouTube:

However, there’s a bit of a catch here. Namely, Pauline seems to only be available in Tour mode, alongside the musician version of Mario shown off in previous trailers. That’s a bit disappointing really, especially given that this game is her debut for the entire series.

It’s also a bit disappointing that the game treats her like a Super Mario Odyssey exclusive character too, especially given her previous appearances in everything from the original Donkey Kong to the GB game and Mario vs Donkey Kong series. That’s pretty messed up t be honest with you, especially given she was technically one of Nintendo’s first ever characters period.

Still, her appearance in this game does officially mark her first appearance in the Mario Kart series, she gets a new character render to show off, and with a few semi unique special moves and abilities (like Mario Kart 7’s Lucky Seven as her special item), she has a bit of a unique playstyle as well.

So she at least has some interesting elements to her as a character, even her usability in game will be somewhat limited due to its format.

Regardless, what do you think of her appearance in Mario Kart Tour? Are you happy to see Pauline appear in more Mario spinoffs, especially after her playable role in Mario Tennis Aces beforehand? Do her special abilities and appearance work in the game overall?

And what do you think about her playability seemingly being limited to the tour mode overall?