Nintendo Shuts down The Legend of Zelda Ocarina of Time 2D? 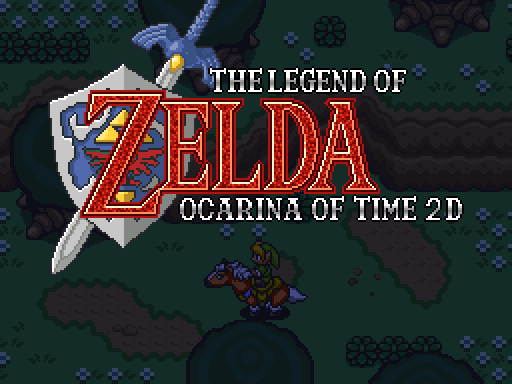 In a move that everyone expected (but no one actually wanted), it seems Nintendo has moved to shut down The Legend of Zelda Ocarina of Time 2D.  A fan made ‘demake’ aimed at bringing the Nintendo 64 classic to the PC in the style of A Link to the Past, the game’s mediafire page was taken down with the following message in its place:

The file you requested has been removed from MediaFire for a violation of our Terms of Service.

This file has been taken down by:

But interestingly, they didn’t seem to go after the actual website.  So while the official download link is now no more, the official site at OOT-2D.com actually remains intact.  Here’s the topic about the file’s removal on the forums:

So it seems Nintendo has found a new strategy with fan games and works they don’t agree with.  Leave the site alone, but hit the file hosting service and try and get the download link pulled instead.  Either way, the team are still hoping to release some version of the game in the foreseeable future (perhaps with Nintendo’s official permission), and development is still resuming at the forums.  But what do you think about this game being hit?

Bad news, good news time. Also, I’m just a fan who’s been digging around the internet for answers, ever since something similar happened to Crimson Echoes. BAD NEWS: Part of the reason Nintendo did this is because of (an incredibly stupid part of) trademark law stemming from the lache legal principle (meaning it can’t be completely removed from law) where, if the company and public both learns the company’s trademarked stuff is being used without them approving beforehand, yet the company doesn’t do anything about it, they lose the trademark. Unfortunately, on Nintendo’s website, there’s the implication some other unknown… Read more »

I know that’s why they shut the project down, but for the most part, Nintendo does tend to turn a blind eye to a lot of uses of their work. For example, it’s pretty much non existent that they’ve ever gone after a fan site or gaming website in general, despite how pretty much all of them take every resource possible from the official sites. Same with fan art, fan fiction, etc. They show a surprising amount of restraint when it comes to what projects to shut down and what projects to ignore, even when they do know about them.… Read more »

I think nintendo is a bunch of chicken shit mother fuckers. They won’t finish the damn zelda game for wii u. That was the reason I bought their joke of a console. Now I’m out 250 bucks. Let’s see… they release bullshit titles like triforce heros, and a link between worlds, but won’t allow something that’s actually worth a damn. I hope nintendo (as a company) eats shit.

I Had Tried To Download An Intro Template Off Mediafire And It Says The Same Thing!!

just discovered this project and found a .10 demo it seems amazing… hope they find a way to complete it and release it. i remember there was a majoras mask 2d being made sometime mid 2000s that never happened.

Nintendo has not been doing well financially for years and now they are doing this as a last resort to protect their financial assets. Why has there been no mention of the Zelda Classic website? I hope Zelda Classic hasn’t been targeted for shut down, that would be a heavy blow for classic gamers like me. And there is a lot of us. I don’t want to be one of those guys who says stuff like “looks like I’ll be catching up on sleep” or “time to shut down the computer and dust off the board games.”