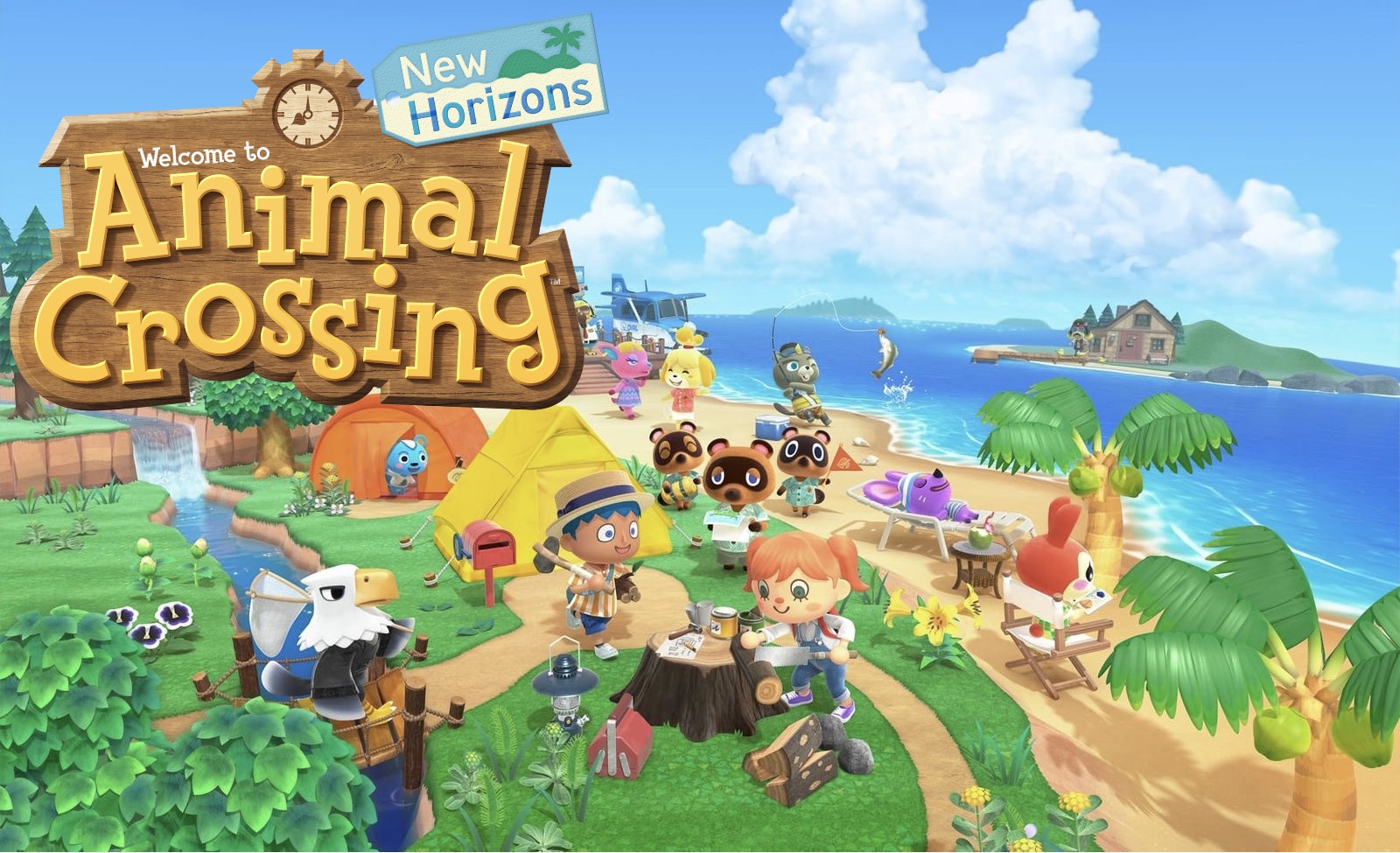 Thanks in part due to the pandemic and in another due to the Switch itself, Animal Crossing New Horizons has become one of the biggest success stories of the generation. Selling 26 million copies in just a matter of months, the title has become a lifeline for numerous people stuck without a way to communicate with the friends and families, as well as one to bring people together in a time of and chaos and strife.

As a result of this, many companies and organisations have tried to get in on the action too. You’ve got companies like Wendys and Chuck E Cheese setting up islands for their businesses.

And even some politicians getting involved too, with Joe Biden’s team setting up an island for his presidential campaign too.

It’s basically turned Animal Crossing into a mirror of the real world, with all the good and bad that brings with it.

But now Nintendo have stepped in, with some new guidelines for businesses and organisations that want to use the game for marketing purposes. Here’s the link, for those who want to read the guidelines in full.

As you can see, there’s a lot here, so let’s go through it piece by piece.

We deeply appreciate that so many people around the world are having fun with Animal Crossing: New Horizons (the Game) for Nintendo Switch. Thank you for your support and for helping us build such a wonderful community.

Nothing to say here. It’s the usual happy go lucky intro text that doesn’t tell us anything important. Moving on.

While our services and products are generally for personal use only, we understand there may be situations in which businesses and organizations would like to use or reference the Game in relation to their business. As such, we would like to share a few guidelines with those businesses, organizations, and anyone representing them, to preserve the experience for the millions of people enjoying the Game recreationally.

Now we get to the actual ‘point’. Nintendo realise that businesses and organisations want to use Animal Crossing New Horizons for marketing purposes, so have decided to ‘work with them’ there rather than ban that outright.

If we see your activity is not following these guidelines or is damaging or having bad influence on the community, we may ask you to stop such activity or usage of our contents, and take appropriate actions, including prohibiting your future business usage of the Game.

In other words, an organisation that ignores these could get their island(s) removed, and then banned from Nintendo Switch Online. They can’t exactly do much else beyond that.

Businesses and organizations may use the Game in the following ways.

In other words, you can create islands to promote your business/organisation, then share them online, or invite other players to them. Not too surprising really, if this wasn’t allowed they’d have basically been saying ‘don’t play New Horizons at all’.

However, please observe the following points when you engage in these activities.

Now come the things you do need to watch out for. For ease of responding to them, we’ll separate them point by point…

Please be aware of the game rating and do not engage in activities that go beyond the rating.

Please refrain from using the Game inappropriately or creating any content within the Game that would be considered vulgar, discriminatory, or offensive. Please also refrain from bringing politics into the Game.

The first part of this is fairly vague, but we’re gonna assume it means anything that makes light of real life tragedies and dictatorial regimes are banned, as you’d expect them to be. Also same with anything that’s sexist/racist/ageist/whatever for the same reasons.

More interestingly though, is the second part. Please refrain from bringing politics into the Game.

This basically seems to imply Joe Biden’s island will be banned:

Along with any political signs, MAGA hats, etc. It’s a little surprising given the amount of companies being super political online as of late, but not unexpected for Nintendo themselves. They like to stay culturally neutral where possible, and these political islands and pieces likely hurt that image.

Please do not share false information about the Game with anyone, and do not deceive others while using the Game (e.g. falsely indicating you are separately licensed or otherwise approved by Nintendo).

However, this point is a bit more confusing to us. Why? Because false information about the game seems ridiculously vague.

Like, does that mean Nintendo will go after anyone who lies or jokes about the game online? Or do they mean cases where the island creator pretends they can give you special abilities for visiting their island or something like that? Because false information and deceiving others seems pretty vague there.

Regardless, the latter seems pretty self explanatory. Don’t pretend you’re associated/licensed with Nintendo if you’re not, since merely playing Animal Crossing doesn’t imply anything there.

Please do not leverage the Game as a marketing platform that directs people to activities or campaigns outside the game (including directing people to a sales page, distributing coupons, sweepstakes, giveaways, requiring consumers to follow social network services accounts, gathering customers’ information, or other invitational activities).

You’re also apparently not allowed to direct people out of the game to your other social media accounts, websites, etc. This is annoying, since it means we can’t put a giant ‘visit GamingReinvented.com’ sign in the game.

You are not allowed to obtain any financial benefit from using the Game (including selling your Custom Design or earning any advertising revenue with the Game content).

On the other hand, this is gonna annoy a lot of people. Because what Nintendo are basically saying is ‘you can’t sell your creations made in Animal Crossing’.

Problem is, there’s a whole secondhand market out there dedicated to just that, plus hundreds of small creators selling designs and what not online. Like this site:

Or this creator providing in game QR codes to scan to pay them for their designs:

A Chinese Animal Crossing player has set up a store on their Island where other players can buy custom designed in game items from them.

They added their WeChat Pay and AliPay QR codes as a custom design in the game so people can send them real world money for the items. lol pic.twitter.com/eCeRDZ1O9v

It seems like Nintendo is finally putting their foot down here, and saying ‘no more’. Please stop selling custom content for New Horizons.

We may revise this message as the community changes. If you are interested in distributing your Custom Designs or other activities in relation with your business, please refer to the latest version of this message. Please be aware that any applicable Nintendo Switch and Nintendo Account agreements continue to apply.

They reserve the right to change these terms later. Annoying, but commonplace with pretty much all agreements unfortunately.

Any business use of the Game that exceeds the rules set forth herein shall be permitted only with the separate and express, written permission of Nintendo.

You can get permission from Nintendo to go against these rules, at least in theory. That makes us wonder if Joe Biden’s campaign team are gonna try and reach out to Nintendo to get an exception to the no politics rule. Or whether we’ll see licensed sellers pop up with support from the company.

For information regarding the monetization of videos using gameplay footage and/or screenshots captured from the Game and done by individual consumers, please see the “Nintendo Game Content Guidelines for Online Video & Image Sharing Platforms.”

Finally, it ends with the usual comment about monetising videos and the limitations there.

So yeah, those are the new rules for Animal Crossing New Horizons apparently, at least as far as business and organisation use goes. But what do you think about them? Are you happy to see Nintendo lay down the law here? Or are there rules you disagree with as well?