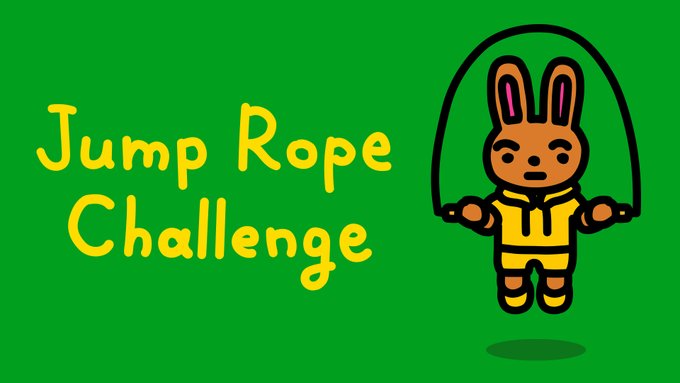 Well, this is a neat surprise isn’t it? Right out of the blue, Nintendo have released a brand new game on the Nintendo Switch eShop. Titled Jump Rope Challenge, the game has you skipping a virtual rope to see how many times you can jump over it before hitting the ground, and lets you compare those scores to your attempts on other days to measure progress.

Introducing #JumpRopeChallenge, a free simple game from Nintendo! Grab a pair of Joy-Con controllers and take an active break in your day by jumping rope! Available for download now on #NintendoSwitch!https://t.co/wa9gpMQYsx pic.twitter.com/YhnDAMiGD4

As well as the official site where you can find a few more screenshots and bits of information:

As you can tell, it’s not exactly the most complex game in the world. The art style is simple yet charming, the gameplay loop is as basic as they come, and the entire title is really more of a distraction than anything else.

Yet that’s all it really needs to be. It’s a free to download game after all, and one which was developed entirely as a passion project by a small group of creators.

In fact, the whole game was developed in a few weeks/months by a small group of Nintendo devs working from home in Japan.

Hence by playing it, you’re not really playing something from a large corporation, at least in the traditional sense. You’re basically playing the Nintendo equivalent of a game jam title, with all the charm and novelty that implies.

So check it out if you’re interested in the game. See what score you get in your skipping endeavours…

Then tell us your thoughts on the game and its development situation in the comments below or over on the Gaming Latest forums today!

Just be warned though. It’s only downloadable until September!