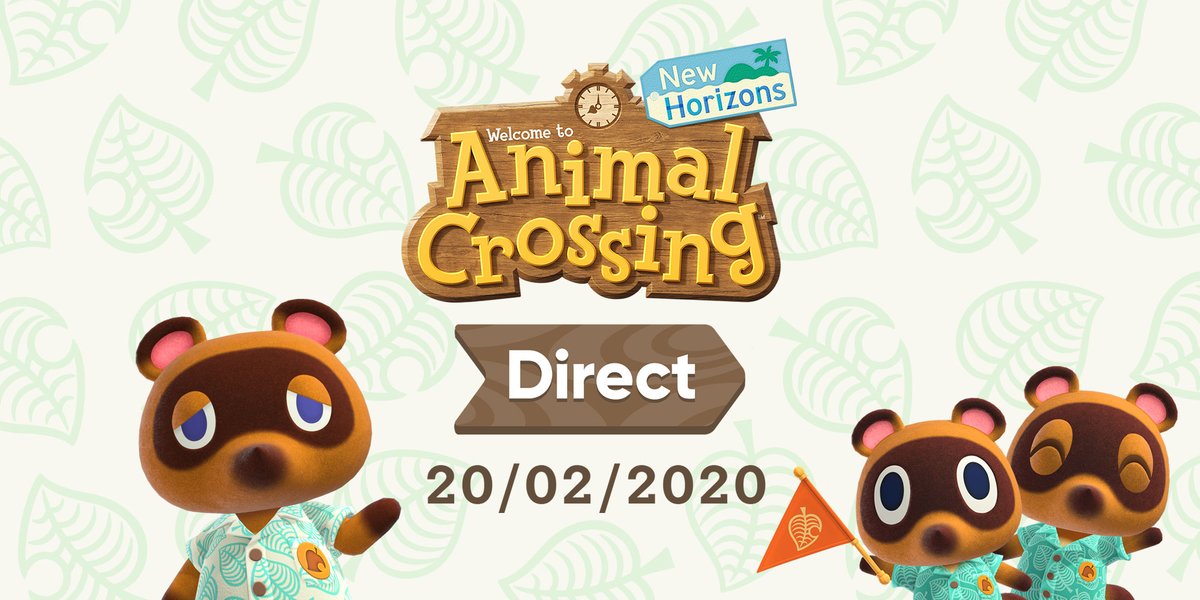 Complete with 25 minutes of information about Animal Crossing New Horizons. Here’s the announcement about it courtesy of the company’s UK Twitter account:

As you can see, it’s going to be quite the ride for any Animal Crossing fans out there. After all, 25 minutes is pretty long for one of these presentations, especially for a single game like this. And it’s due soon too, with the presentation set to air at 2pm this Thursday UK time (aka the 20th February 2020).

But it might not exactly please everyone else. Why? Because in the months since November 2019, we’ve had a Pokemon Direct, Smash Bros Direct and now Animal Crossing Direct, with no general Nintendo Direct in sight. This means that if you want any info on other upcoming Nintendo games… well you’re just kinda out of luck right now. For whatever reason, the company seems to be fully focusing on individual game presentations instead.

It’s especially annoying given the drought we’re in right now. What Nintendo Switch games are due this year other than Animal Crossing? Eh, only Nintendo seem to know at this point.

Still, it’s an Animal Crossing Direct that we’re getting, and it’s due out this week. So what do you think of it?

Are you an Animal Crossing fan who’s pleased to learn more about New Horizons? A fan of another Nintendo series who wishes Nintendo would announce a few more games instead?

Tell us your thoughts in the comments below, or at the Gaming Latest forums today!