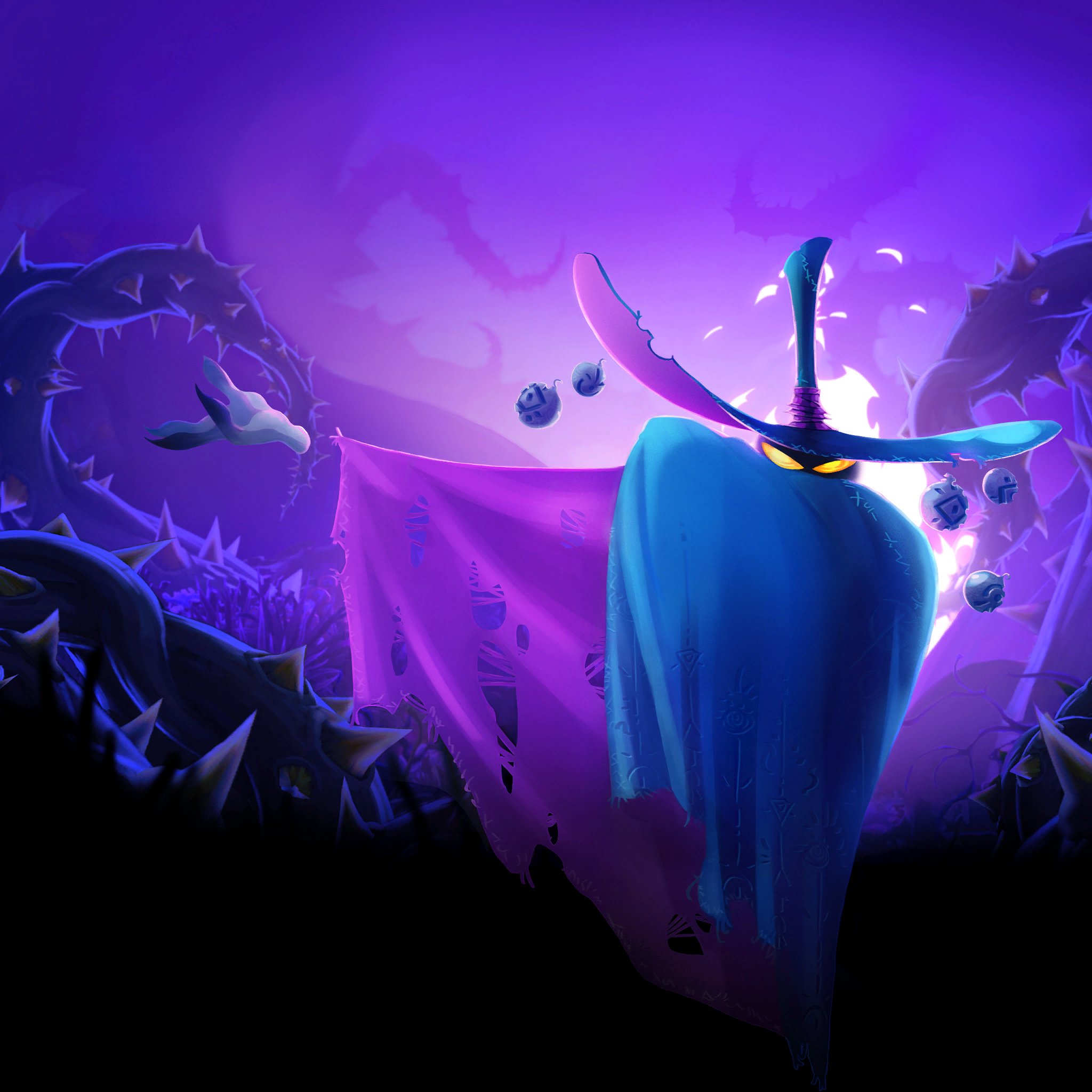 As you all know, many franchises have at least one forgotten character the fanbase wants to bring back. Donkey Kong has King K Rool, who ended up becoming so popular he made it into Super Smash Bros Ultimate. The Legend of Zelda has Midna, who got an entire website dedicated to her, plus appearances in various Hyrule Warriors games.

And the Rayman series has Mr Dark, the main villain of the first game in the franchise. Appearing only in the first title in the series (plus a few obscure spinoffs), he quickly became extremely popular among the fanbase, with many requesting for his return in the years and decades to come.

However, while hints of his presence certainly became a thing, a full fledged return was never really on the cards. Oh sure, the Magician was a fanboy and had posters of him across his lair…

But he was never actually a character in the game itself. Just merely discussed and hinted at as a background presence, a character whose influence set up the plot without really being a key part of it in person.

However, now that’s finally changed. Now evidence has been found that Mr Dark is indeed about to make his grand return, this time as a challenge quest giver in Rayman Mini on mobile. Here’s the thread about it courtesy of RayCarrot on Twitter:

Digging through the new update it seems the next game mode will be Mr Dark's Garden, where he gives you challenges to complete. Pictures in next post. pic.twitter.com/szx7vO3bCu

Plus the original artwork taken straight from the game:

In addition to a lengthy discussion of said findings on the Rayman PC forums.

As you can see, his return seems to be everything fans could want here. He looks as badass and menacing as ever, with slight updates befitting of the new games’ graphical style. His role as quest giver is one similar to the Snatcher in A Hat in Time, and works brilliantly as a way to make him a main villain without needing to redo the entire game’s plot or add extra levels.

Plus his appearance here is basically an appearance in a new 2D Rayman platformer too. In essence, it’s as good of a return as you could hope for here, especially with Michel Ancel’s departure from Ubisoft and the seeming end of the Rayman series as a whole.

So kudos there guys. Kudos for bringing back a fan favourite like Mr Dark after all this time, and using him in an interesting way here.

Here’s hoping you include him in a future console Rayman title as well!