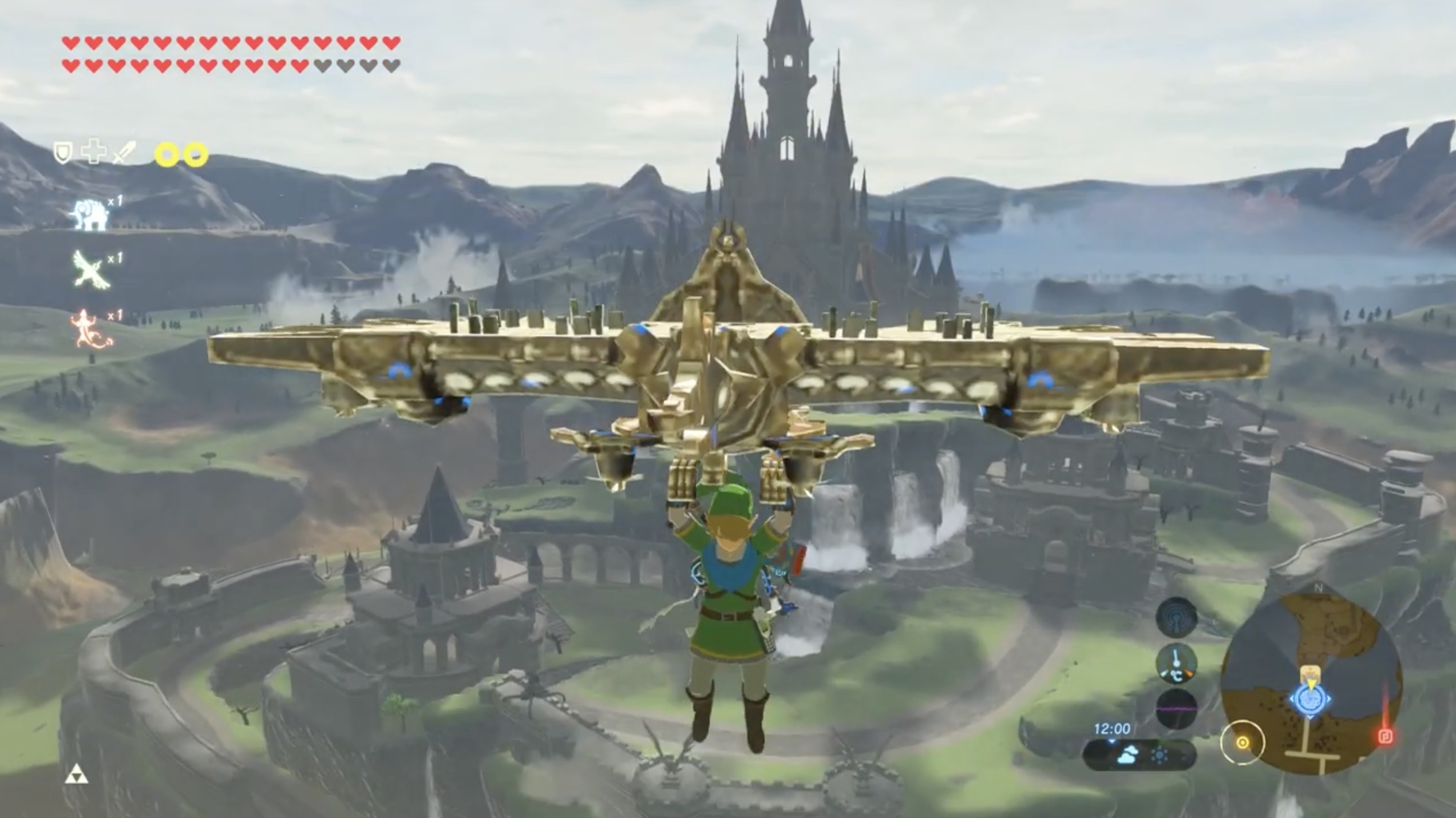 A while ago, you may have seen our article on a mod that aimed to rebuild Hyrule in the Legend of Zelda Breath of the Wild. Created by a modder named banan039, it aimed to rebuild the ruined world using the assets from before the calamity included in the Hyrule Warriors game of the same name.

It was a neat project, and one which we had very high hopes for. After all, with Age of Calamity’s world and Breath of the Wild’s engine, this should be the best game in the series. The one with the definitive version of Hyrule to end all others.

And today’s video update from banan039 only makes that more clear. Why? Because after rebuilding some of the ruined villages with Age of Calamity assets, he’s gone and completely rebuilt Hyrule Castle too!

Yep the final dungeon of the game has now been restored to full working order, complete with NPCs, weapons, items and other things you might expect from such a location. Here’s a video showing the area in action:

It’s incredible really, especially now the royal guards and King of Hyrule are NPCs here, and the castle can be explored in its entirety without the risk of any enemy encounters or the final battle starting. It really does show you how amazing it would have been to live here in the olden days, to experience Hyrule at the very height of its power and stability.

Yet it still has a few flaws nonetheless. For one thing, while the building itself looks to be in working shape, the actual floor plan is still the one from the original game.

As a result of that, you still can’t explore some of the halls and passageways you’d otherwise hoped to have explored. They’re just locked with wooden doors you cannot open instead.

That’s a bit disappointing to us, especially in a game like Breath of the Wild where you can interact with anything and everything and go pretty much anywhere you like.

It’s also disappointing that a few places were still left as ruins too. These include the King’s Study (which still looks like it was ransacked by the Yiga Clan), and the room outside of the library (with a huge pile of rubble with a Great Frostblade stuck in the top).

They’re not the most important rooms in the castle nor is their state that surprising (Age of Calamity either never had you visit these areas or had you visit them while the castle was under attack), but it still leaves us wondering how these could have looked nonetheless.

Regardless, the mod still looks amazing nonetheless, and we can’t wait to see how banan039 will tackle places like Hyrule Castle Town as well.