Update: This story has been debunked by Kaze via Twitter DM, where he said that this preparation is in case Nintendo sues him for whatever reason. He has no plans to sue Nintendo as of this time. 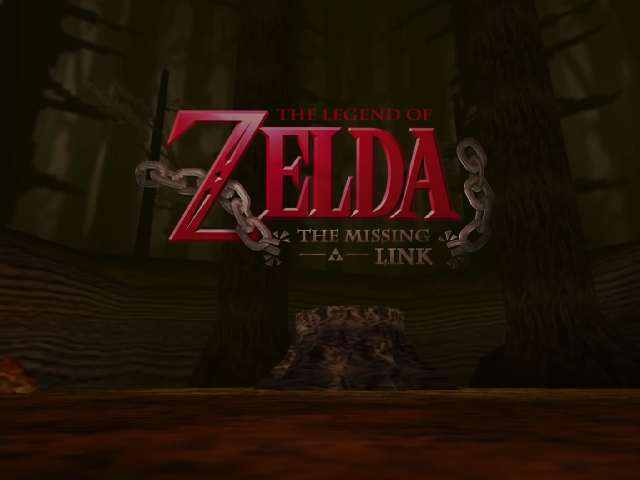 Update: This story has been proven wrong by its author. Please ignore the below, and consider it as merely a reference.

Original Story is Below:

Back in August 2020, The Legend of Zelda: The Missing Link was released online. Designed as an interquel between Ocarina of Time and Majora’s Mask, the game tasked Link with finding Navi, his partner from OoT that went missing in the game’s ending.

It was an amazing hack, and with tons of custom ASM and programming from its leader developer Kaze Emanuar. With custom items and spells, a custom boss and all kinds of other neat elements, there was plenty here that’s never usually found in your average Zelda hack.

Yet like (almost always), it seems Nintendo wasn’t all too happy with this one, nor the attention it was getting online. As a result of that, their lawyers first copyright claimed the release trailer on YouTube, then went after the GitHub repository used to host models and code for it. That’s pretty bad news for Kaze, whose YouTube channel is already in peril due to other hack videos being taken down the same way.

Yet now it seems he may want to fight back. Why? Because a couple of days ago, Kaze posted this (now deleted) tweet on his Twitter account:

How much money should i save up before risking to go to court, hypothetically speaking of course?

As well as this followup:

it's about getting my videos back up mostly so i can feel safe about my youtube channel.

These discuss the resources needed to fight back against the takedowns in court, and potentially sue Nintendo over removing his ROM hack videos from the internet. There are dozens of responses like this too, all implying that a court case is under consideration as we speak.

It’s an interesting situation really, and one that may have plenty of implications for the modding community.

That’s because as of right now, the ROM hacking world exists in a bit of a grey area. As a general rule nothing gets taken down if it’s released in patch format, since (as the argument goes), the patches only contain the changes needed for said game, not the entire code for the original game and all changes.

Hence because of that, the logic goes that there’s nothing from the original game’s creators in the patch files, and distributing them is just like distributing custom subtitles for a movie, or a Mystery Science Theatre 3000 esque riff track.

Bue that’s not been tested yet. It’s never been proven one way or another how patch files change things legally, since no one’s ever gone to court over the matter.

So it could be interesting to see how the argument holds up, and what that could mean for the future of ROM hacking as a whole.

It could also be interesting to see how it affects other fan made works too. Since like with ROM hacking, the legality of fan fiction in general has never really been tested in a legal sense. It’s mostly accepted by authors and companies, sure, but it’s never been the subject of any real legal disputes yet, since few people are interested in, say, suing JK Rowling or Paramount or Disney over their fan works like this.

Hence as well as mods, this lawsuit could potentially change the course of history in the fan works department too. Maybe for the better, maybe for the worse.

Still, it all depends on whether the lawsuit goes ahead in the first place, as well as the amount of resources each side might have to put towards legal counsel here. For one thing, this is currently a bit of a hypothetical right now, with Kaze merely asking how much money could be needed for a case like this. There is some evidence he’s seriously considering this route (see the Twitter replies), but it’s not cast iron or set in stone just yet.

And then there’s the obvious resources issue; Kaze is a single person, whereas Nintendo is a multi billion dollar corporation.

That means both sides have very different amounts of money to put forward for legal advice, lawyers, etc, and that the latter has a very real chance of forcing the former to settle just by keeping the case going for years and years. Hence it’s likely Kaze will need to raise some money here, perhaps through a GoFundMe or Patreon type deal if he wants this to go well. Or get support from a large organisation like say, the Electronic Frontier Foundation, who could provide the legal backing/support necessary to make it a difficult battle for Nintendo.

Regardless, it seems we might be about to see whether Nintendo’s fan project takedowns are legally justified, with major effects on the community as a whole.