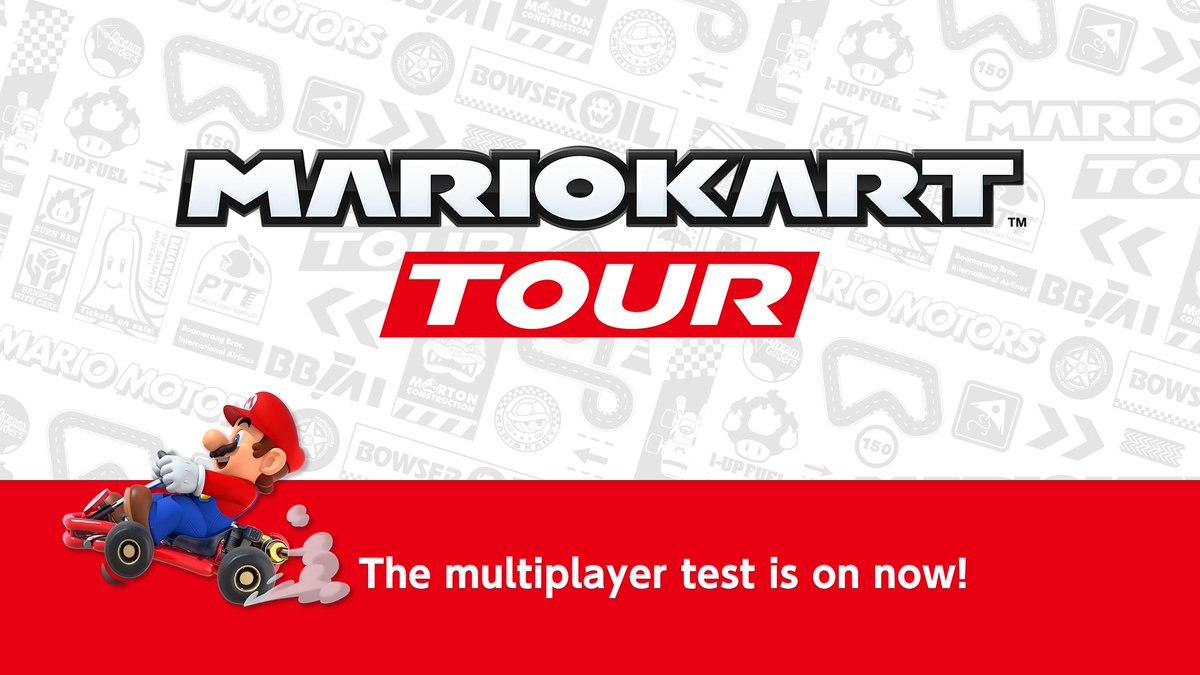 Back in November, Nintendo announced that multiplayer would be heading to Mario Kart Tour. This features was going to be part of an online beta test for Gold Pass subscribers, and the launch date for said beta would be in December.

However, this statement quickly lost its credibility, especially as the month drew on. With the clock ticking and Christmas approaching and the mode nowhere to be seen, fans were left wondering what’d happened to the promised beta test. Was it cancelled? Was the multiplayer delayed until the new year for some reason or another?

No one knew, and given that a mere week remained til Christmas, people were left skeptical that it’d launch on time.

Fortunately though, the skeptics were wrong here. Because yesterday morning, Nintendo officially announced Mario Kart Tour’s multiplayer beta, with Gold Pass owners getting to test the mode as promised. Here’s the announcement about it courtesy of the game’s Twitter account:

A real-time multiplayer test available for subscribers to the #MarioKartTour Gold Pass has begun. For further details, please click the link below. https://t.co/icPzyGiuVK pic.twitter.com/mRbyzIJsGz

So it’s finally here and ready to try out. But how does it stack up? Is the multiplayer as fun as it is in other Mario Kart games?

Well from what we’ve seen, the responses have been quite mixed on that front. On the one hand, the actual core gameplay loop seems to work as well as ever, with lag not really being that much of an issue and the interactions between players going as expected. So compared to something about Super Mario Maker 2 (which launched with a nigh unusable online co-op mode) and Luigi’s Mansion 3 (which can be kind of buggy when played online), it seems stable enough.

But the way the tracks and items are setup has drawn a bit of controversy. For one thing, Mario Kart Tour is known for favouring certain characters on certain tracks, with said characters getting more item slots there than others. This means that online, virtually every player in the room will use the same characters for their respective tracks, with pictures on Twitter showing things like an entire lineup of Dry Bowsers with no one else in sight:

This has disappointed a fair few people, and led to arguments that the character advantages system should be removed from the game’s online multiplayer. Or at least, toned down enough to encourage a bit of character variety.

And that’s definitely a valid argument. But is it really that different to other Mario Kart games?

To be honest, probably not. Mario Kart games up until now have always had between one and three characters/karts that were objectively better than others, and the online character distribution usually corresponded to that. For instance, Mario Kart DS had the Dry Bomber, Egg 1, Poltergust [number] and ROB XLS, all of which were ideal for ‘snaking’ and used in virtually every time trial record and online run. Same with Mario Kart Wii and Funky Kong, which got the nickname ‘Funky Bike Wii’ because of it. Or Mario Kart 8, which was dominated by Bowser, Morton and Wario because of their weight and speed stats.

Caption: As shown in the video, competitive races like clan wars in Mario Kart Wii were always heavily dominated by Funky Kong on the Bowser Bike.

Hence it’s not all that different in Tour. Hell, it may even technically be more varied, since the ideal character depends on the track now rather than being able to dominate the entire game.

But the perception is different none the less, perhaps because previously ‘casual’ players are now picking the ‘optimal’ characters and karts rather than going with anything and everything. It’s like every Smash Bros player being tossed into matches with ‘No items, Fox Only, Final Destination’ esque rulesets every time.

Additionally, the mode has also come under fire for the item frequency too. Indeed, some rumours even suggest all frenzies go off at the same time now, meaning that whenever one character gets an infinite stream of items, so does everyone else in the room. This would certainly be ‘interesting’ if true.

Everyone has frenzy at the same time, and it makes the whole race very chaotic.

At least you are able to complete challenges during multiplayer. I imagine it'll make some challenges easier.#mariokarttour pic.twitter.com/7XMsy6TMsv

But we question if that’s really the case. Even for Nintendo, that seems incredibly unbalanced, and rather pointless given frenzies make characters invincible too. So it’s probable that items just feel more common online, perhaps because the CPUs don’t get frenzies like human players do.

Either way, the beta test is now live, and will continue till boxing day.

So what do you think of it? Have you tried out Mario Kart Tour’s online multiplayer yet? If so, what have your experiences with the mode been so far?