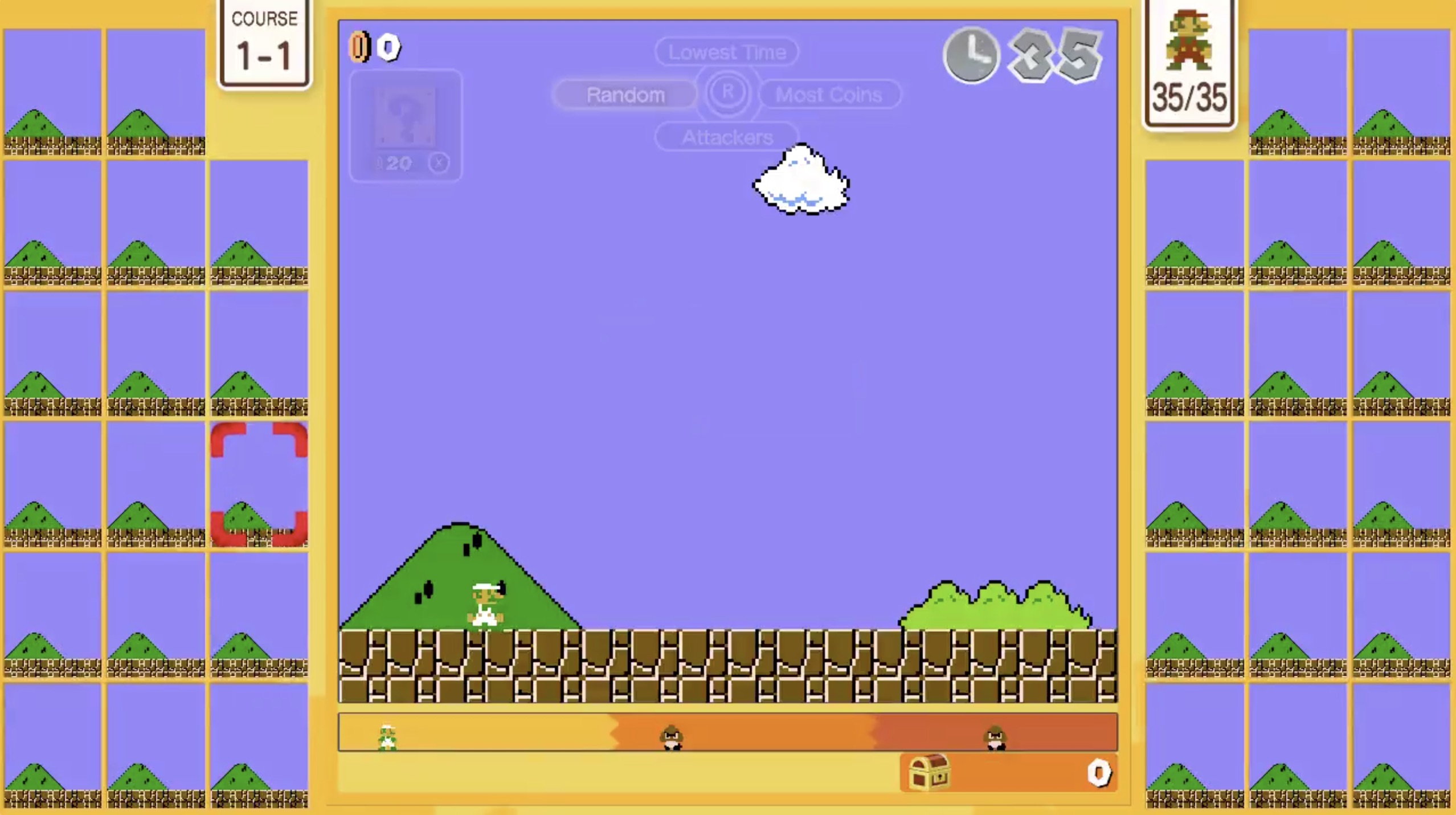 Update: As it turns out, you actually need to unlock all levels, not reach level star in game. Thanks to Meester Tweester on Twitter for pointing this out.

It’s a fun little game, and one which can indeed be rather addicting in short bursts.

Yet it’s also one that left many wondering something. Namely, where’s Luigi in this game?

And as it turns out, that’s exactly the case. Yep, as Twitter user CombotronRobot demonstrates, you can indeed play as Luigi in the game by reaching the star rank, and holding L as the level loads.

Hold L when you start a match and you can be a Luigi! L is real in SMB35! #SuperMarioBros35 #NintendoSwitchOnline #NintendoSwitch pic.twitter.com/ixEM5FtU5r

As you can see, it’s exactly what you’d expect here.

However, there’s a catch. One that makes playing as everyone’s favourite green capped plumber that much more of a chore than it needs to be.

That being, you need to be at star rank to do so.

And reaching that is an absolute nightmare of biblical proportions. Why? Because here’s the thing with levels in Super Mario Bros 35:

Like in an RPG or other type of game with a level up system, the amount of EXP needed increases exponentially as you get more powerful. So the exp required to reach level 99 from level 98 is significantly greater than that needed to reach level 5, 10 or 20.

You need to be level 100 to reach star rank and unlock Luigi.

That’s a lot of Super Mario Bros 35 needed here. So much so in fact, that it’s likely you’ll be sick to death of the game by the point you actually get Luigi, especially if you try and brute force it like we did earlier.

Hence unless you’re an absolute fanatic who loves the game more than anything else in the world (or are willing to play a couple of sessions a day every day for the next three years), it’s probably not worth going for this one. Certainly not if you want to keep your sanity intact at any rate!