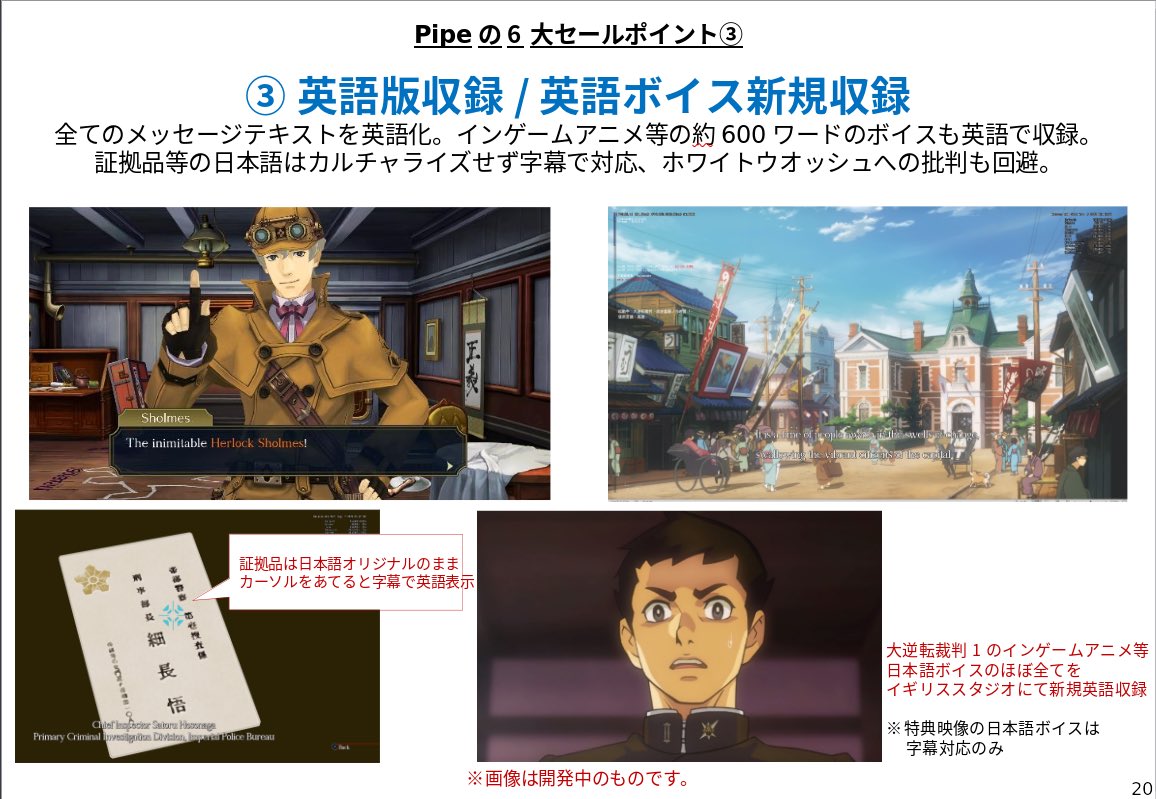 In the last few years, it seems things have been a bit slow on the Ace Attorney front. Sure there’s an anime that’s currently airing on Japanese TV and services like Crunchyroll, and a second spinoff game was released in Japan in 2017 (Dai Gyakuten Saiban 2: Naruhodō Ryūnosuke no Kakugo).

But the main series has been dormant since 2017, and the spinoffs stayed exclusive to Japan.

Leaving many people wondering… what’s next? What does Capcom have planned for this series?

Is there anything at all on the table here?

Well as it turns out, yes there is. In fact, it seems like Capcom has some fairly big plans for the future of the series, with both an interest in bringing the Ace Attorney anime to Netflix and Amazon Prime Video and localising The Great Ace Attorney (Dai Gyakuten Saiban: Naruhodō Ryūnosuke no Bōken) to boot.

Here’s a Twitter thread about it by video game researcher /PPG/:

Great Ace Attorney (DGS) is CONFIRMED to be localized.

Also… Ace Attorney anime to be on Netflix and Amazon.

With various posts going over the proof for the anime distribution:

Interestingly, it seems the two Great Ace Attorney games will both be getting that localisation treatment as part of a Switch collection, which will also include the original trilogy. So if you wanted Ace Attorney on Switch, now you’re certainly gonna be getting that!

These are apparently from a recent leak Capcom experienced, which also brought release date information for Resident Evil Village and Monster Hunter Rise to light too, along with various other things the company was planning.

It’s interesting stuff, and (like with the Nintendo leaks) shows just how many things a large game developer/publisher is usually working on at any one time.

What’s more, it also shows that Capcom is trying to learn from their past mistakes when it comes to localisation too. Indeed, you know how the older Ace Attorney games tried to pass the setting off as California, despite clearly being set in Japan?

Yeah, that’s not the case here. Instead the game’s going to retain the traditional Japanese setting, with the only real differences being an English language voice track, subtitles and Sherlock Holmes’ name (Herlock Sholmes, due to trademark issues).

So check out the rest of the Twitter thread linked for more information on these upcoming Ace Attorney related projects, then tell us your thoughts on them in the comments below, or on our Discord server today!