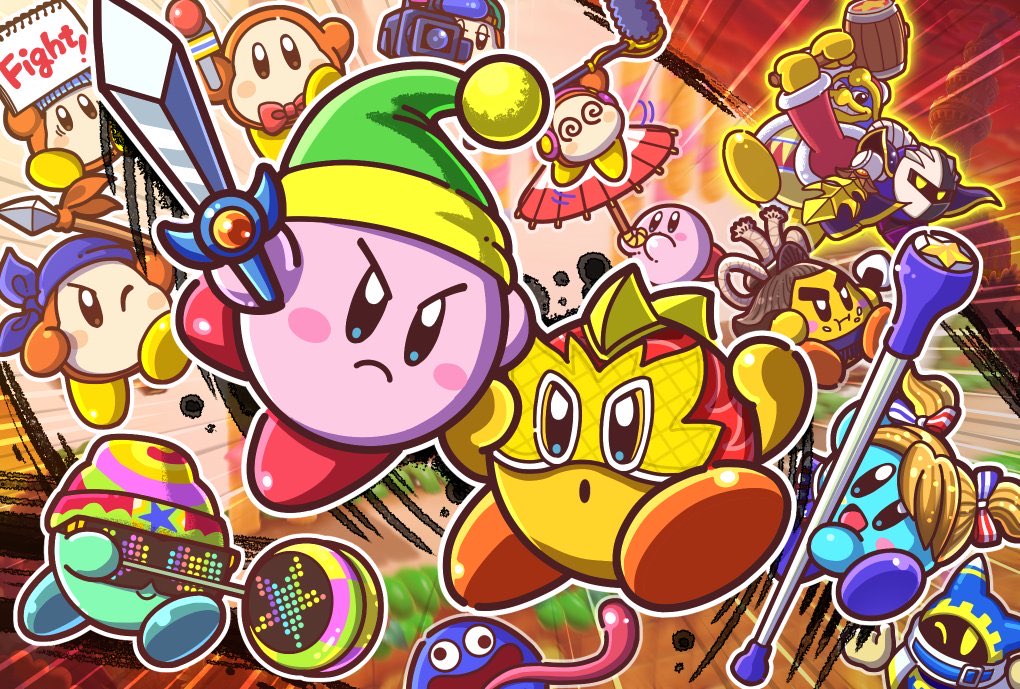 After being leaked on Nintendo’s website yesterday, Kirby Fighters 2 has now officially been released for the Nintendo Switch. Available to buy for £17.99 on the Switch eShop, the game is another fighting game starring various Kirby characters and copy abilities, including the newly added Wrestler one:

It’s also got a fair few modes for this sort of the game too. There’s a Story Mode where you have to work with a buddy and travel up the Tower of Trial to face King Dedede and Meta Knight, plus numerous multiplayer ones on top of that, including the ability to fight others locally, via local wireless or online.

So here’s the launch trailer for the game:

Plus a few pictures showing it in action:

And here’s a link to the official website where you can find out more.

Either way, what do you think of it? Are you excited to play another Kirby fighting game?